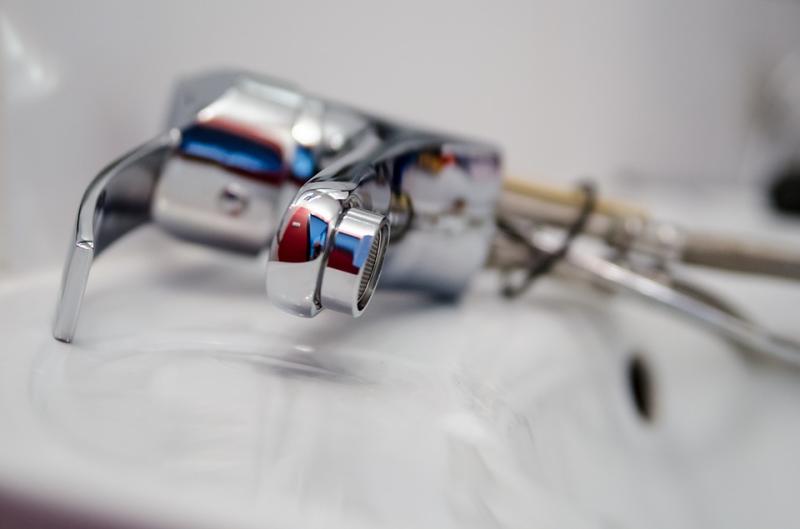 A mother of three in Portlaoise has been without hot water for eleven days and is living in conditions she describes as “third world and inhumane”.

The woman, who wishes to remain anonymous because she has teenage children, said that it took ten days before Laois County Council confirmed to her that she was on the plumber’s repair list.

The woman was also told that there is only one plumber working for Laois County Council and that she will need to wait her turn.

Leinster Express asked Laois County Council to confirm if this is true but it has not responded so far.

“I arrived home from work on Friday, November 24 and I went to turn on the immersion it literally just tripped a switch, all of the electric just tripped so I attempted it one more time and the same thing happened again.

“I knew I was in bother because there is no one in the council at the weekend so Monday, November 27 I rang the council and logged my repair. So I thought they would look after it quite urgently, it is hot water and at the end of November with three kids,” she said.

Almost two weeks have passed without the immersion being repaired or any contact from Laois County Council.

The children were able to wash during visitation with their father but this mother is now thinking she will have to resort to bringing them to the local swimming pool to wash.

“This is going to sound ridiculous but we actually have to resort to boiling the kettle. I don’t know what to do I am thinking of bringing them to the swimming pool and letting them get washed there. I am at my wits end, I had five days with no heating in the house before this, the heating was fixed one evening and two days later the immersion was gone,” she said.

This mother said she has cancelled her rent and will not pay it until the repair is carried out.

“I work so that means I pay the highest level of rent and I have been paying it for the last six years without fail.

“I have cancelled the rent and I will not pay it until this is fixed. I don’t know what else to do, it is third world, inhumane conditions that people are living in. I am not an isolated case I know so many people that have been with no heat, no radiators for up to a month in the middle of winter.

“Private landlords have very strong rules that they have to abide by the public authority should not be different,” she said.

When she continued to contact Laois County Council she said that she was told to wait her turn.

“Nothing had been done by Tuesday afternoon so I rang again and the lady was very cross saying that there is one plumber for the whole of Laois and you just have to wait your turn.

“All my kids play sport everyday and I work so obviously we need to get washed this went on Wednesday I rang and Thursday I started to panic again because I could see the weekend fast approaching and I work late on Fridays.

“I rang again and I was told the exact same thing that Laois County Council has 2,000 houses to look after, you will just have to be patient and that is it. I questioned the time again, I said it is not possible you can't have people living like this when they are paying rent.

“I contacted a local politician to ask if they could send a letter because I was panicking at this stage I could see the weekend approaching and the sight of not having hot water. The politician sent a letter and I got a copy. The Works department would have received a letter on Friday and during all of this I have not gotten one call from the council.

“I went another weekend with no hot water, I rang again on Monday on my break in work and the lady said ‘oh yes it is good news you are now on the plumbers list’ so it was only after ten days that I finally got to the plumbers list? What does that mean?

“I am getting frustrated, I still have no hot water I was told it will not be today and we still can’t give you a date,” she said.

This woman is frustrated with the way Laois County Council is spending its money and she has taken the issue to the Ombudsman.

“I don’t know what the council is doing with its money, it is not building houses, there is no maintenance provided in houses other than service the boilers once a year.

“Today I wrote a letter to the Ombudsman as it is the only body able to regulate the local authority’s actions. This is where I am right now, completely desperate looking at the twelfth day with no hot water,” she said.

Leinster Express is waiting for a response from Laois County Council on the number of repairs currently waiting to be carried out in social housing in the county.

Three hundred of these are considered ‘minor repairs’ while 714 are ‘routine repairs’.

In the first six months of 2017 959 repairs were carried out by Laois County Council.