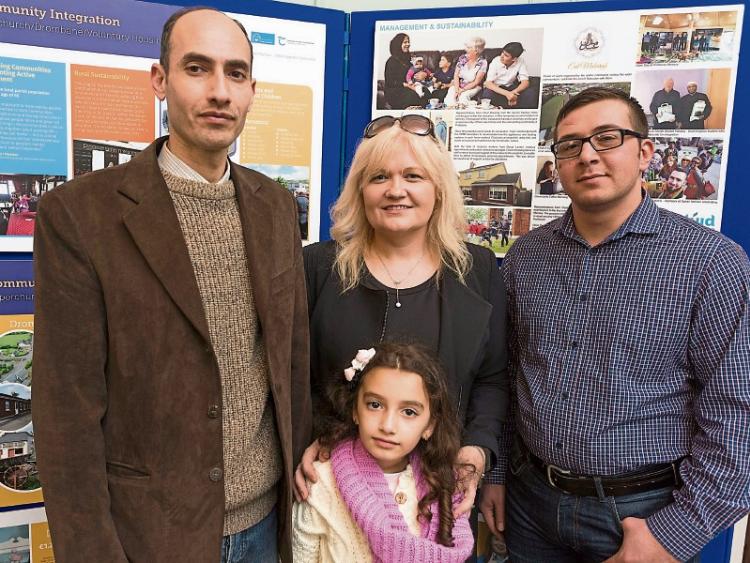 A Laois project that has welcomed Syrian refugees to Ireland has won a national award.

In 2014, Ireland welcomed 90 Syrian refugees. Clúid Housing committed to providing homes to 13 families, a total of 54 people in Portlaoise.

The community rallied around in support and now there is a three year integration plan.

The Portlaoise Syrian project featured in an exhibition that showcase the diversity and innovative work of the housing associations, housing cooperatives and local authorities participating.

Irish Council for Social Housing (ICSH) say the Portlaoise initiative and others submitted for the Awards are local responses to local housing need.

The Irish Council for Social Housing celebrated the winners of the ICSH Community Housing Awards 2017 on Wednesday, November 15 at the Irish Architectural Archive in Dubln.

Celebrating the winners of the Irish Council for Social Housing Community Housing Award were, from left: Radwan and his daughter Naya both Syrian Refugees with Catherine Oakley Dickson from Cluid Housing Association and Mahammad Omish.