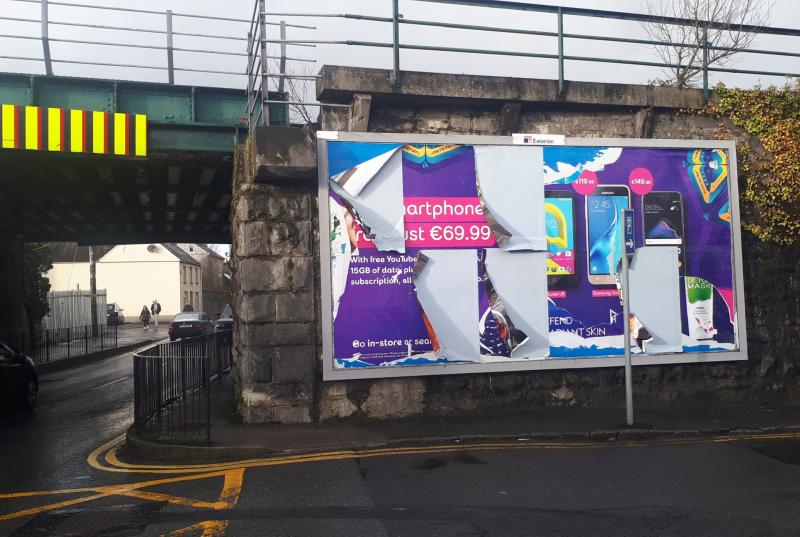 The peeling poster littering the road at Portlaoise train station

Poster sites either side of Portlaoise train station at Coote Street are creating a litter problem, highlighted by a local councillor.

Sinn Féin Cllr Caroline Dwane Stanley believes that the company pasting up the posters which quickly peel off “are obviously using cheap glue or paste”.

“Just in the last week, a member of the public brought this to my attention about the billboard on the Mountmellick road. Whoever puts up the posters, or the sort of stuff they are using, the paper is falling off and hanging out on the railings under the bridge,” she said.

Speaking at the Portlaoise Municipal District meeting this January, she reported it as a litter problem.

“I ask if the council knows who’s in charge. They are littering that area. Obviously they are using cheap stuff. It is blowing out under cars, and wrapping around the railing,” Cllr Dwane Stanley said.

She noted that whoever is paying for the advertisements is not getting value for money, but said that was their concern to follow up.

“I’m sure this company is getting plenty of money for advertising, obviously they are using cheap glue or paste,” the councillor said.