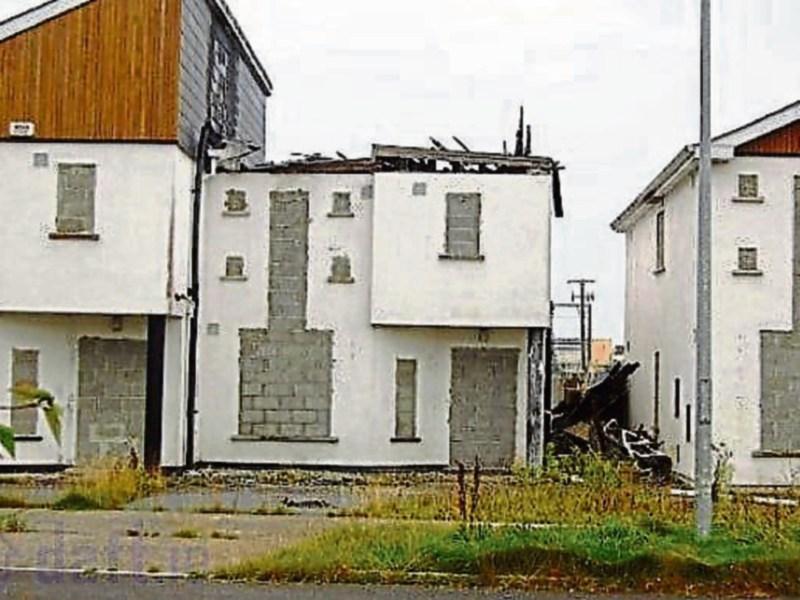 An abandoned, derelict housing estate in Portlaoise that the council wants to knock, is now leading to a council-funded community field being targeted.

Laois County Council is being held up in knocking Hepburn Court because three properties are still in private ownership.

In the meantime, a community field is suffering.

“We all know the shortage of land for housing. Residents are constantly asking me about this, it is an eyesore,” she said.

The councillor claimed that the council has “poured money” into the field it owns behind the estate but now that is attracting anti-social behaviour.

“The gates at both ends have been rammed, cars are rallying and causing damage to property. Rubbish is being dumped, it’s pitiful.

“I asked that this is pushed along as soon as possible, residents on the Ballyfin road, Woodgrove, Lyndon Court and Mountain View have all suffered a lot,” she added.

Hepburn Court was built in 2004 off the Ballyfin Rd. Many of the houses were bought to rent. Some of the tenants ended up vandalising and burning houses, leading to the council blocking off the whole estate in 2013.

Since then the council has been buying back each house, and now has nine out of 12, as well as two halls. The plan is to knock them and build a new council estate.

No progress has been made however since Kingdom hall was bought in October 2017. At that time the council said it was considering rebuilding the estate in phases, because of delays in buying the last three houses.

“There are still a number of key sites within the development that are not in council ownership and that will be the priority over the coming months,” he said.