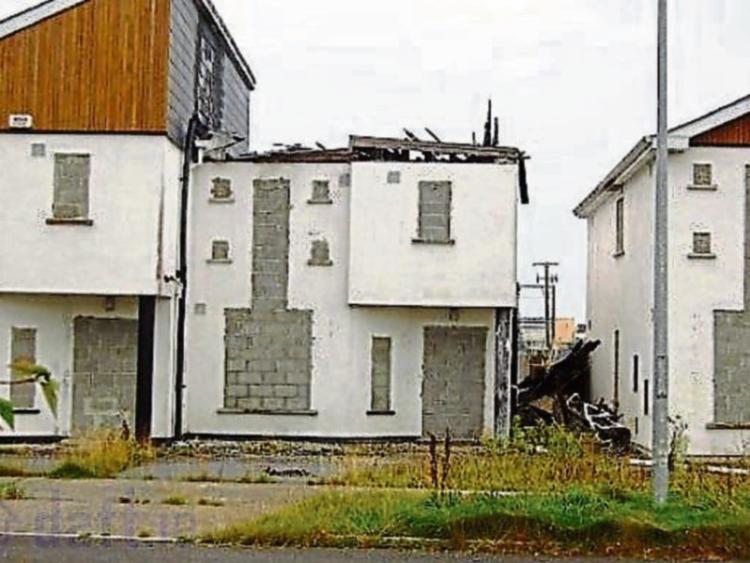 Laois County Council is within weeks of embarking on its first moves to force property owners to sell derelict houses.

The properties in question are in a derelict Portlaoise housing estate, Hepburn Court on the Ballyfin road. It had 12 houses and two were demolished after fires.

The council has already bought seven houses, an adjoining squash court and a meeting hall. It has reached an agreement to buy one further unit, and the common areas in the estate. However after efforts to buy the remaining properties failed, the council is now planning to use Compulsory Purchase Orders to force sales.

“The CPOs are planned in the next few weeks,” he said.

The plan is to buy up and demolish all buildings, and then build a new council estate across the full site. That includes a field owned by the local authority behind Hepburn Court, where anti-social behaviour is causing concern for neighbouring residents on the Ballyfin road.

Mr Rainey confirmed that the field will also be included in a new development.

“We wouldn’t do a development in Hepburn Court without looking at the broader area,” he said.

Cllr Caroline Dwane Stanley had repeated her reports about ASB in the field.

“I don’t need to express any clearer the frustration of residents, I hope you incorporate the field, I look forward to a detailed plan,” she said at the meeting.

Hepburn Court was built privately in 2004 and many of the houses rented out privately. However, it descended into a nest of crime and vandalism.

This included a gun attack. The Fire Brigade were called to the estate seven days in a row at one point in 2013 at a cost of €21,000, as derelict houses were set on fire. All 12 houses were then abandoned, and the council moved in to block up the estate in 2013.