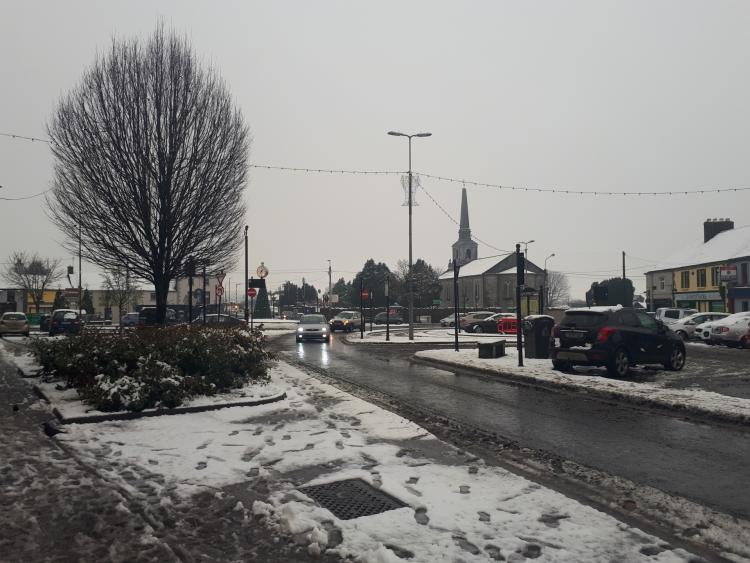 It has been a long, harsh winter with snow still falling in the middle of February and Laois County Council has used over 1,000 more tonnes of salt this year compared to last.

The local authority has gritted the roads 70 times this winter using a total of 3,200 tonnes of salt.

This reveals a harsh winter compared to last year when it used 2,000 tonnes of salt over 42 occasions.

Only main routes totalling 426km, are treated with salting trucks between towns and villages, and another 42 km of roads are treated around urban routes in Portlaoise, Portarlington and Mountmellick.

The council say that "given the resources available", they prioritise these routes, with some only treated during more severe wintry weather.

The weather has been continuously icy over the past couple of weeks with a couple of days with heavy snow.

There has been countless weather warnings from Met Eireann which are ongoing.

Weather: Today promises both Spring and Winter weather across Leinster.

Laois County Council dealt with someone negative feedback from the public on a number of occasions with regard to grit on roads.

On one morning in January where there were two accidents on Laois roads, Laois County Council management dismissed as "myths" local claims of ungritted roads in Portlaoise.

Responding to a reported slew of complaints on social media, Director of Services Kieran Kehoe said he was glad to be "given an opportunity to dispel the myths" that Portlaoise roads were not gritted overnight.

What roads does Laois County Council grit in icy weather?