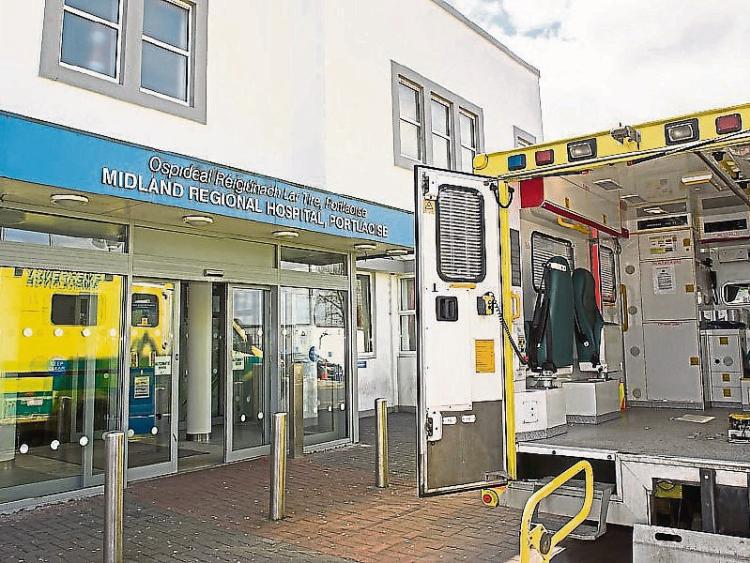 Portlaoise hospital does not feature in the Government's 20 year plan

Laois Fianna Fáil TD Sean Fleming has slammed the National Development Plan as a ‘disaster’ for Laois, while the county's Sinn Féin TD Brian Stanley says it has been bypassed, with both concerned that Portlaoise hospital gets no mention.

Dep Fleming called it “a major setback for Portlaoise and Laois”. “Portlaoise is mentioned in the plan just seven times, and three of those are about the same thing, the regeneration initiative,” he said.

All other Portlaoise projects mentioned are already in the pipeline the Fianna Fáil TD said.

“There is nothing new of any significance, they mention the southern ring road but we all know that is ready to start long before this plan was published. The 40 bed mental health centre, construction has already commenced. The new courthouse is also long been mentioned, as is modernising part of Portlaoise prison,” Dep Fleming said.

“People in Laois wanted to see something for the future of Portlaoise hospital. Mullingar, Tullamore and Naas are all listed, but no mention of investment in Portlaoise. That is a major disaster from a Laois perspective,” Dep Fleming said.

Making Athlone the ‘key regional centre’ for the Midlands was a “major setback” for Portlaoise, Dep Fleming said.

“Telling the IDA to concentrate in Athlone makes our job harder to get jobs to Laois,” he said.

For rural Laois, he said there is “nothing at all”.

Meanwhile Dep Stanley said that Laois has been bypassed.

“We support the idea of a 20 year plan, but it does seem a bit lobsided towards Dublin. Laois has been bypassed,” he said.

“We have to create employment where people are living. Stable employment for people closer to home, especially as we move away from fossil fuels. It is not sustainable to have a third of our workforce, 11,500 people, driving up the Dublin road every morning,” Dep Stanley said.

“A big disappointment is for Portlaoise hospital, this was an opportunity for the government to make a strategic plan. The case for Portlaoise is rock solid, based on usage, population growth and location,” he said.

“I am disappointed that the infrastructure plan is not bigger, while the national broadband plan is no further on.

He does welcome the new National Regeneration and Development Agency, to build houses on brownfield sites in towns.

“If it works right, it will CPO land that had been sat on by developers. That is good because there are sites in all towns in Laois that could be developed for housing and business. Housing is a huge priority,” he said.

The new road to be built in Portlaoise is already “90 percent built by Laois County Council“, he said, with the courthouse passed since last year.

He is concerned about most of the investment going to develop Ireland's cities.

“We can’t have a country shaped like a doughnut, with nothing in the middle,” he said.

Read what is planned for Laois