Trespassers to derelict Portlaoise school will be arrested say Gardaí 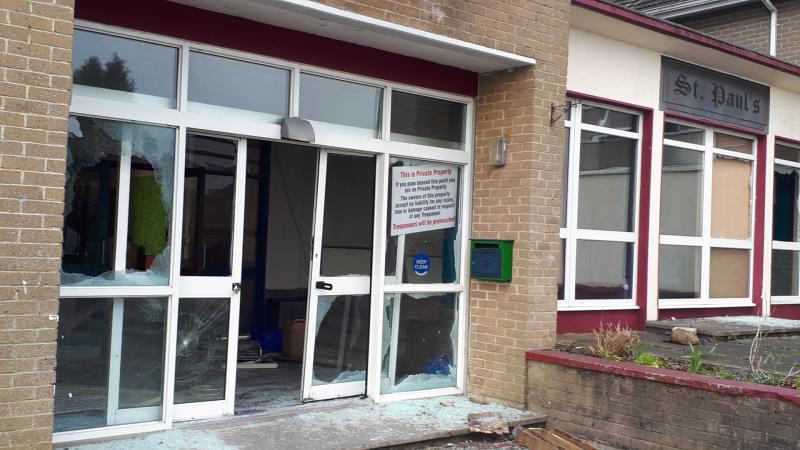 Vandals have forced open the front door of the old St Paul's school in Portlaoise, but Gardaí say anyone caught on the site should be arrested.

The large school on the Borris road is owned by Portlaoise Parish, and this summer will be demolished by the Department of Education to build a new special needs school for St Francis School.

Parish Priest Monsignor John Byrne has told the Leinster Express that he "cannot spend parishioners money boarding up a building due to be knocked".

However in the past few months, the school has become a centre for vandals, with dozens of windows smashed, several fires started, and evidence of drinking, drug taking as well as illegal dumping.

The front doors were forced open in the past week, and the site lies unsecured.

"My advice is the persons involved in the criminal damage are local individuals, and parents need to take account of kids movements before they are arrested.

"I would encourage people to keep reporting to Gardaí any trespassing and anti-social behaviour," Gda Kavanagh told the Leinster Express.

"People should be arrested if they are trespassing," he added.

Monsignor Byrne said he has asked the Dept of Education to bring forward the demolition part of the project. However the Dept said "the site has not and will not transfer to the department's ownership and therefore its security remains a matter for the patron/parish as its owners".

Demolition and construction is due to start in quarter 3 (June to August) this year.

Below: the front entrance to St Paul's. 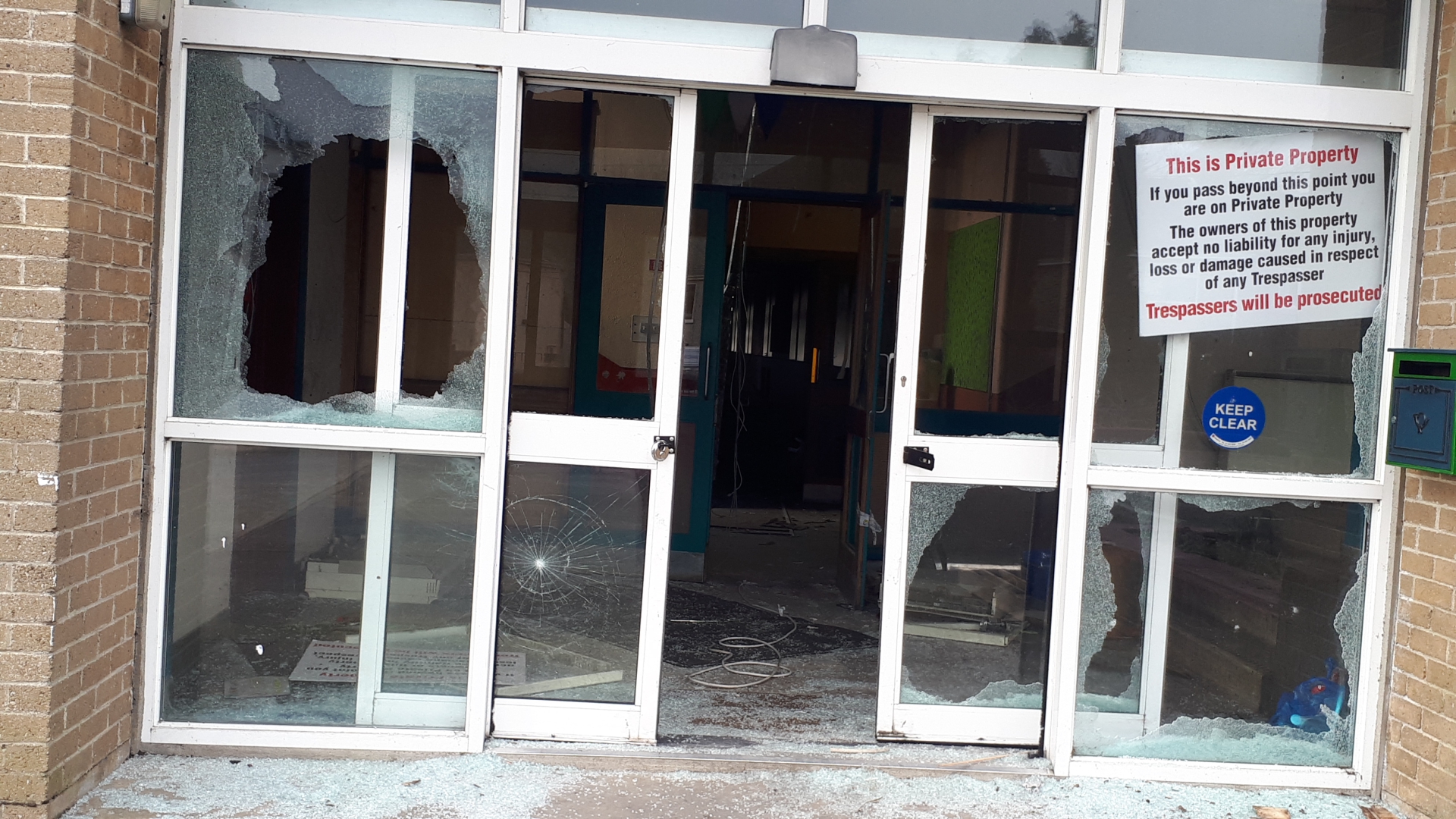