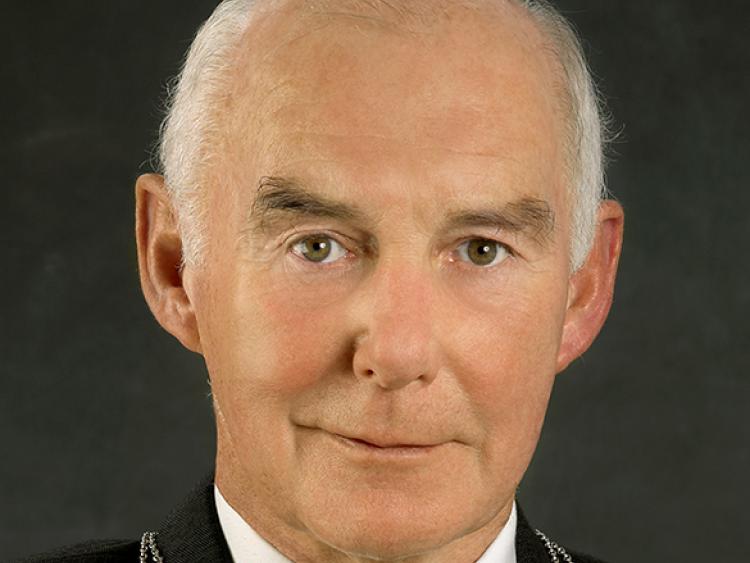 A minute’s silence was held at a recent Laois County Council meeting as a tribute and mark of respect for the much beloved Laois Councillor Jerry Lodge.

The Fianna Fáil Laois County Councillor for the Portlaoise Municipal District passed away, aged in his 70s, in a Dublin hospital on Tuesday evening, April 3 after a short illness.

It was Fianna Fail Cllr Paschal McEvoy who led the moving tributes to the late Portlaoise man at the April meeting of the Graiguecullen/Portarlington Municipal District meeting.

“We all know Jerry was a great friend to many people. I got to know Jerry over the last four years, absolute gentleman, a unique individual who was calming.

“He was a pure gentleman, he is a great loss to his family and his two children, his wife Patricia and Pauric and Damian,” he said.

“It is very sad. He was the longest serving councillor in Ireland over 51 years. He worked tremendously hard for people, he was great for Portlaoise and County Laois. He was a man of great intelligence, big into education and because of his experience he could see the wood from the trees," he said.

“Lord have mercy on councillor Jerry Lodge he was a great experienced politician, very diplomatic. He had a great way of getting around things, the type he was he wouldn’t start an argument or finish an argument. Jerry had a calming effect, he was a through and through gentleman. He had a great way,” he said.

Independent Cllr Ben Brennan said that Jerry would have made a top TD in Leinster House.

“He was an honest, genuine man. I canvassed for three or four elections for him, he was unlucky he didn’t make it. It was a pity he didn’t, I felt he would have made a fabulous TD he was so honest, he could see a future.

"I reckon he would be one of the top TD’s in Leinster House he had a great vision, he is a big loss to his family, it came so fast, I wish them well and hope they gain the strength from somewhere to accept his sudden death which was a tragedy. He is going to be sadly missed, he had a way of doing it, he was so experienced," he said.

Chair of the meeting, John Moran, agreed with the comments and added that Jerry will be missed a lot.