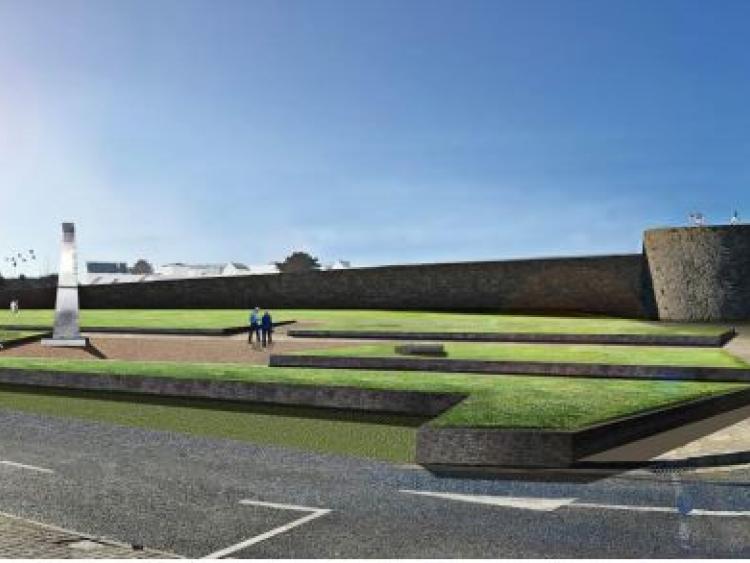 A visualisation of the future plans for Fitzmaurice Place, Portlaoise and the Old Fort Protector wall

Plans have been proposed to transform Fitzmaurice Place in Portlaoise from a generally unused area to a green public park with a public viewing tower inside the Old Fort.

The redevelopment will aim to shine a light on the history attached to the Old Fort Protector wall at Fitzmaurice Place.

Within the plans for the redevelopment of Fitzmaurice Place, Portlaoise, there is an Architectural Heritage Assessment for Proposed Fort Protector Enhancement Scheme Portlaoise, carried out by Lotts Architecture and Urbanism Ltd.

The plans to transform Fitzmaurice Place include the creation of a public park with layered lawns, trees, new footpaths, rearranged parking and new street lights and a timber staircase for public viewing inside the Old Fort.

The detailed plan published on the Laois County Council website outlines the enhancements for the Fort Protector wall which was built during the 1540’s and has over 400 years of history attached to it. 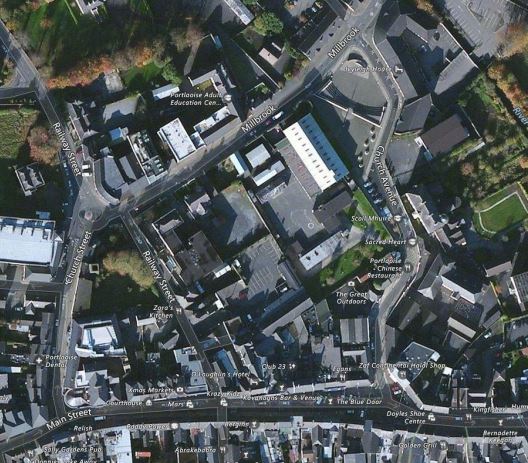 The first phase of work involves the redevelopment of Fitzmaurice Place as a public park, demolition of a flat-roofed concrete structure within the north eastern corner of the Fort and construction of a timber viewing platform in the round tower of the Fort. Grounds will also be resurfaced in the area.

Fitting a new gate in the existing opening in the Fort wall on Tower Hill side and new parking spaces and public lighting along by Tower Hill are also in the first phase of the development.

Phase two will involve the removal of telegraph poles and overhead wires on Tower Hill and Railway Street and replacement with new lamp standards.

Repaving of Tower Hill and Railway Street will also be carried out as well as repairs on the fabric of the Fort walls under a Section 57 Declaration.

See a picture of the planned future look of Fitzmaurice Place below.

In the 1990’s Fitzmaurice Place was developed as a paved open space with a performance space, stepped seating, a long linear planter and an arrangement of round planters (below). 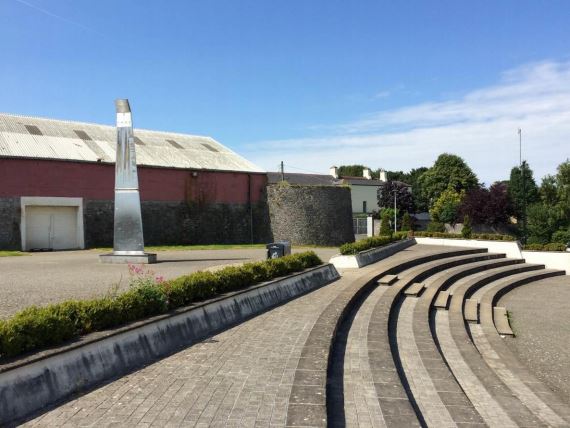 According to the Architectural Heritage Assessment: “The space has not proven successful. It is too large for its intended use, being at the edge of the town centre, and the profile of the site as two large expanses linked by curving steps obscures the view of the Fort Protector when approached from the Ridge Road”.

It is therefore proposed to reconfigure the space as a public park aiming to increase its amenity value from a place to pass through to a constantly used public space. The park would consist of four equal tiers stepping up to the Fort wall.

The long planter and stepped seating, which obscure the Fort wall from view, would be removed.

The top tier would be a long green space extending the full length of the Fort wall, to demarcate the position of the ditch defences.

The remainder of the site would comprise of three further tiers, with a small performance space on the middle tier, and stone sculptures relocated from James Fintan Lalor Avenue.

Parking spaces at Church Avenue would be relocated away from the Fort Wall to Tower Hill and an area at the bottom tier of the park. The total number of spaces would remain as existing. Street lighting to Church Avenue and would be renewed.

The Fitzmaurice Monument is proposed to be moved to the bottom tier. This will give it greater prominence from Tower Hill and would give focus to the lower part of the park as a balance to the Fort.

In the plan it is proposed to build a circular timber viewing platform that would sit within the round bastion of the Fort Protector as a public viewing position inside the Fort.

This would allow the public to gain a better appreciation of the Fort.

The columns supporting the platform would stand on concrete footings which would be constructed above the existing historic formation level to avoid loss of archaeological material.

In the planning document the ‘Argument for Enhancement of the Public Space’ outlines the reasons for the development.

“A well conserved and appropriately presented Fort Protector would be a unique heritage site. Few towns in Ireland have a history so closely bound up with the Tudor conquest of this country. Currently there is only limited awareness, at national or even local level, that the name ‘Port Laoise’ refers to a physical structure, and the central role of the town in the Laois-Offaly plantation is not properly appreciated. The development of Fort Protector and its surroundings as a heritage site would create a direct link to that history. Enhancement of Fitzmaurice Place, Tower Hill and Railway Street would be the first step in placing a new focus on the Fort Protector. It can fundamentally change the standing of the Fort within the town, and as a consequence can improve the perception of Portlaoise as a historic place.”

This project received funding under the Historic Towns Initiative 2018 which is a partnership between the Heritage Council and the Department of Culture, Heritage and the Gaeltacht.

It is understood this project has received €160,000 through the Historic Towns Initiative and may receive additional funding from Laois County Council.

The Fort Protector marks the establishment of the town of Portlaoise. Building of the Fort Protector commenced in 1547-48 as part of the suppression of the Gaelic Irish territories of the O’More and O’Connor clans.

The plantation of Laois and Offaly followed shortly afterwards, and was formalised in the creation of King’s County and Queen’s County in 1556. Over the years the walls have played different roles and will  now become the focal point of this new recreational area in the town.

Submissions or observations with respect to the proposed development dealing with the proper planning and development of the area in which the development will be carried out may be made in writing to Kieran Kehoe, Director of Services, Laois County Council, Áras an Chontae, Portlaoise to be received no later than 4.00pm on 21st June 2018.

The Old Fort Quarter festival was built around the history and heritage Portlaoise.