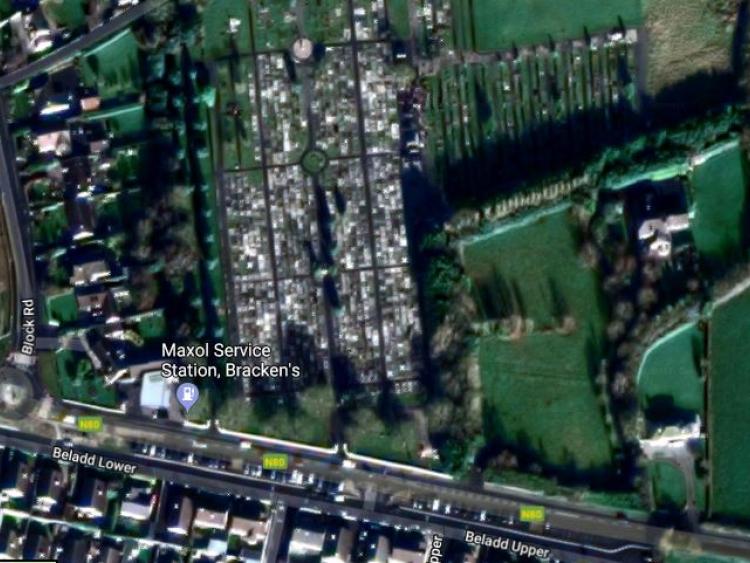 Land on the Stradbally Road in Portlaoise rezoned to allow for new residential development.

The rezoning of land by Portlaoise Councillors could lead to the development of 'high quality apartments' just off the M7 motorway and busy N80 in the town.

Over 1.5 hectares of land on the Stradbally Road in Portlaoise has been rezoned by Laois County Council in the Draft Portlaoise Local Area Plan from Existing Residential to New Proposed Residential.

This rezoning opens the opportunity for new homes to be built on the site.

This comes after a submission from landowner Mr Peter Naughton who requested the rezoning to make the site suitable for an apartment development.

In a written submission, Mr Naughton said “A low density, low rise development of high quality apartments would be totally in harmony with the character of the area. Apartments would facilitate new entrants and downsizing, existing services, existing apartments at Chantiere Gate to the north, no land is zoned for new residential along the Stradbally Road.”

The site is beside St Peter and Paul's Cemetery on the Stradbally Road and stretches to meet Chantier Gate housing estate to the north.

In a written reply Mr Mulholland said “the lands are located to the eastern edge of the town and are bounded by St Peter and Paul’s cemetery and agricultural lands. It is considered that these lands should remain Residential 1 to reflect the site’s transitional location between the town and open countryside.”

However at a special meeting on Tuesday, Portlaoise Councillor Catherine Fitzgerald proposed an amendment to the draft plan in support of Mr Naughton’s request to clear the way for a new development on the land.

The proposal was seconded by Cllr Willie Aird and the amendment to allow the rezoning will be published in the next stage of the draft plan in the coming weeks.

This is part of a huge rezoning of land at the meeting that has allowed for up to 600 new residential units to be built in Portlaoise town centre.