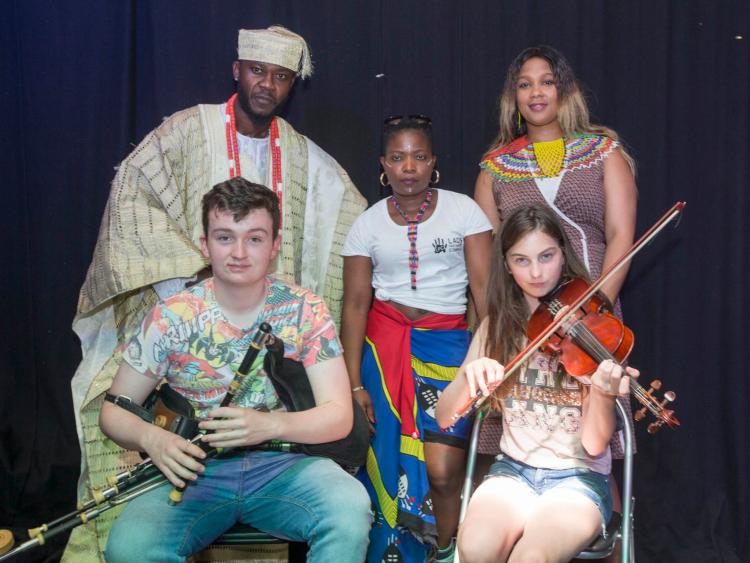 Over one in five Portlaoise people, 22 percent, are non-Irish, twice the national average.

There are now 94 nationalities living in Laois, speaking 57 languages, according to a new local survey.

The survey was conducted as part of a new five year Laois Integration Strategy. It was answered by over 450 people and groups, including native Irish residents.

The results were given at the July meeting of Laois County Council by Aideen Roche on behalf of Laois Partnership and the Laois Integration Network.

Racism was not reported as a serious problem, she said.

“Of course negative attitudes and racism exist in Laois like anywhere else, but I have been quite heartened here, we have heard less complaints or serious incidents. While prejudice is an issue nationally, it has not come up in a serious way in Laois. That was quite a positive aspect of the survey,” she said.

“A huge amount of very positive examples were shared with me. Non Irish residents are making a very strong contribution to life in Laois, between businesses and community events like festivals. There seems to be quite a strong sense of integration and intercultural awareness,” she said.

Cllr Willie Aird told her racism is a problem.

“I find the single biggest thing faced is racist remarks, I shiver when I hear them. It’s not only from older people, younger people can pass very racist remarks,” he said.

One in ten or 8,515 Laois people have non Irish nationalities. A third are Polish, another 18 percent from the UK.

The non nationals include about 200 asylum seekers in the Direct Provision Centre in the old Montague Hotel, and 13 Syrian war refugee families (54 people) who were resettled in Laois in 2015. Another small number are family members of people with refugee status who were later reunited here with them.