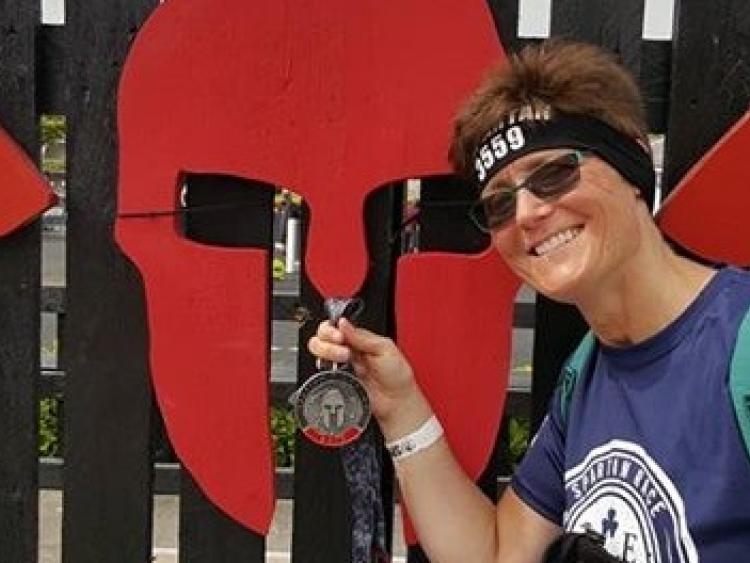 A Portlaoise woman who was diagnosed with the autoimmune disease sarcoidosis is set to complete three different running events totally 30km to raise funds and awareness for charity.

Denise Croke, who is originally from Waterford but has been living in Portlaoise for a decade, was diagnosed in 2008 and with the help of the Irish Sarcoidosis Support Network (ISARC) is now managing the effects of sarcoidosis on her life.

Sarcoidosis is a disease which can affect any organ of the body, although it most commonly affects the lungs, eyes, lymph nodes and skin. It occursas a result of an abnormal immune response where the body believes itself to be under attack and triggers an immune reaction.

An excess build up of white blood cells leads to the formation of granulomas on the affected organ. Granulomas are clusters of these defensive cells that grow together to form lumps.

They can impair the function of the organ causing the symptoms of sarcoidosis, it is not a cancerous or contagious disease.

Since her diagnosis, sarcoidosis has affected Denise's lungs, eyes and skin with partial loss of sight in her right eye for some time.

Denise wants to raise funds and awareness to mark ten years since she was diagnosed and give back to the Tullamore based charity that has supported her.

“ISARC is the only group doing any fundraising for research and support for people who have this. I have spent two years trying to build my physical fitness up again after being sick and unwell, I am not a runner but I wanted to challenge myself.

“I am doing a 5km this Sunday in Newbridge, a 10km on September 8 which is an annual ISARC fundraiser and a 15km Hell and Back in Bray on September 29.

“I am part of a supportive gym in Newbridge. I was told two years ago my lung capacity should be lower than normal but in those two years I have increased my lung capacity by 16 percent and reduced my steroid use and I haven’t suffered with anxiety or depression as much,” she told the Leinster Express.

“For me, when I got the news it was Sarcoidosis, ISARC was the only place I could go and they have been good to me.

"The only treatment is a high dosage of steroids over a long time and the side effects of that are not great. Chest infections and any infection in general but I am grateful to be well enough to do this fundraiser. It is manageable on good days, tiredness can be the most debilitating," Deinse said.

"I can’t believe people have been so nice, if I have to crawl over the finish line I will!" she added.

Support Denise by donating to her online fundraiser HERE.