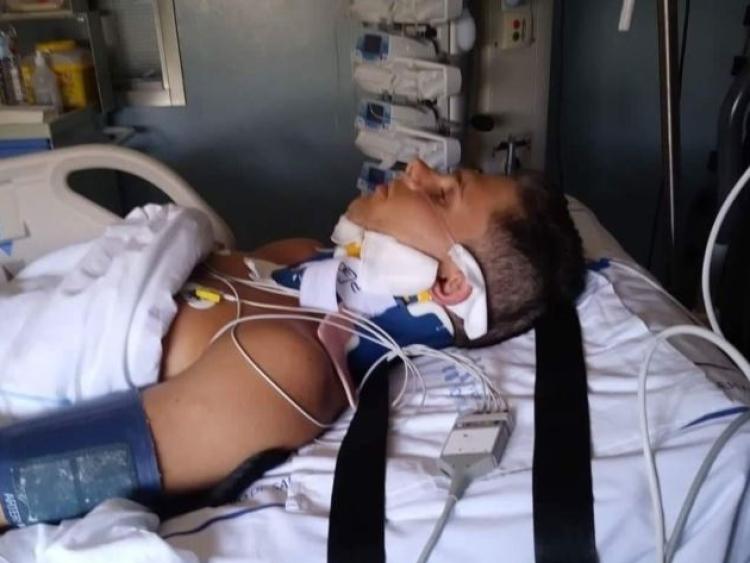 A fundraiser has been organised in Portlaoise to raise money for a Laois man who suffered a serious fall while on holiday in Tenerife.

Daniel Wolski (20) has undergone serious spinal surgery and is now battling pneumonia since the fall on August 1, which caused instant paralysis in his legs.

The Polish native suffered a suspected 'infant epilepsy' which caused him to fall three metres off a wall.

Both Daniel and his girlfriend Sara are employees at The Killeshin Hotel in Portlaoise.  They are from Poland but moved to Portlaoise in 2006, Sara is a past pupil of Portlaoise College and Daniel attended St Mary’s CBS.

Colleagues of the couple have organised a fundraiser at the hotel on Thursday, September 6 from 10:00am.

On the day, anybody that goes to the hotel for a coffee, tea, cake or sweet treat will be offered this complementary and asked to make a donation to the fund.

Customers that attend the event throughout the day will also have the chance to buy a raffle ticket to win a prize that has been sponsored from the local community.

Staff member at hotel, Cavan Dunne, said the local community has made the event possible.

“We have received many generous donations from local business to be able to run this event,” he said.

Portlaoise Panthers Basketball Club has appealed to the public through its social media channels to donate to the online fundraiser as Daniel is a former member of the club.

UPDATE on funds raised to get Laois man home from Tenerife hospital.