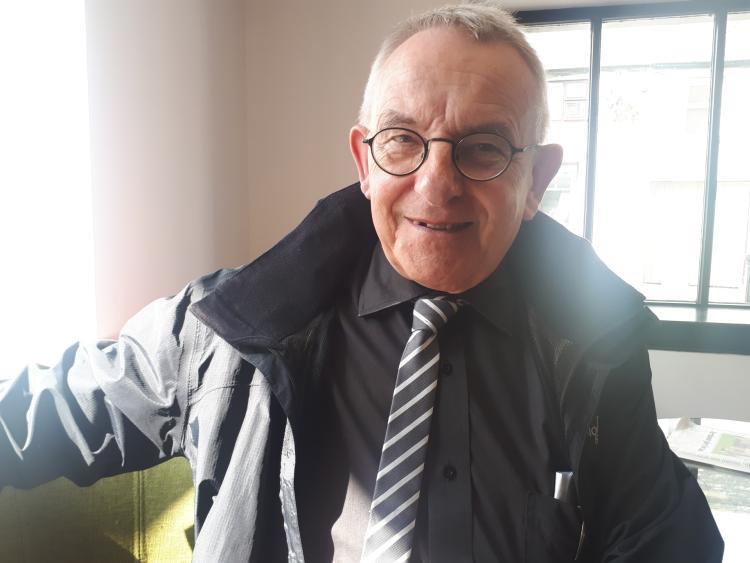 A new Church of Ireland Rector has been instituted in Portlaoise and his focus is strongly set on engaging with the community.

Mr Peter Tarleton has worked in the University of Limerick, the UK prison service for 20 years and in the parish of Killeshin in the Carlow district for the last seven years.

He is 72 and told the Leinster Express he should have retired by now but the community and parish life has drawn him in again.

Mr Tarleton said his time in the UK was ‘interesting, challenging and rewarding’.

“I learnt a lot from prisoners about values. I find the parish community and church has a lot to offer in terms of community. It is a valuable dimension,” he said.

The Limerick native is passionate about community values and engagement as well as working in the prison and hospital.

“There is prison and hospital work here and Maryborough National School in the parish. It is about getting to the family and community and urging them to participate in the town community,” he said.

In his 30’s, he was struck with a life-threatening illness. He refused chemotherapy and underwent radiation therapy. He turned to homeopathy too and is passionate about healthy living.

The new Rector was appointed by Bishop Michael Burrows and began his work on August 19.

He has five grown up children and six grandchildren. Four of his children are in Australia, the others are in Manchester and Edinburgh.

He will work in the broad community between Portlaoise, Ballyfin and the Rock of Dunamase churches and is looking forward to meeting local people.

Laois horse and foal rescued after hours trapped in a river.