A much respected Laois solicitor 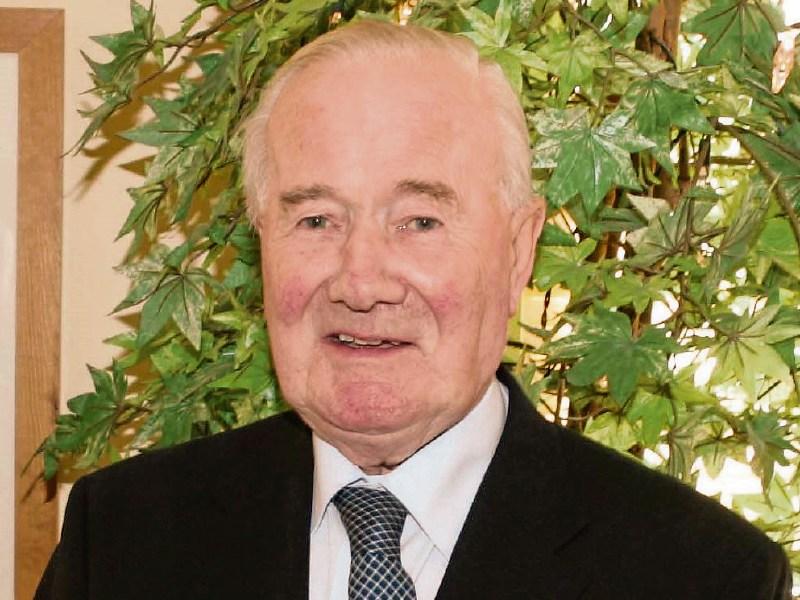 Philip T. Meagher's birth in Templemore, county Tipperary on July 4, 1926 coincided with the birth of a new nation.

He saw many changes in his lifetime such as the fall out of the Civil War to the breakdown of big estates into small farms.

After primary school in Templemore, he went to secondary school in 1940 at the Cistercian College Roscrea in county Tipperary.

He would retain an affiliation with the school right through his life.

He developed a love of sport, in particular rugby at boarding school and also showed a fascination with planes and flight.

Philip's father, William Meagher, was a District Justice and was one of the first of the new Justices appointed by the first Irish Government in 1922.

Just after the end of the World War II William Meagher died from pneumonia. The family moved afterwards to Castletown. Most of his siblings emigrated, but Philip would remain to follow in his father’s footsteps, qualifying as a solicitor in 1949.

He went on to serve his apprenticeship with family friend and Portlaoise solicitor, Charles Rolleston.

Philip would continue in practice in Portlaoise, where he lived on the Mountrath Road, for all of his long career, only retiring from the role of solicitor after just short of 60 years.

He was coroner for Laois from 1979 to 1996. His practice, both as a solicitor and as county coroner, was characterised by a quiet and considered kindness, but allied with a steely integrity when required.

His interests were by no means confined to the law and were wide and varied, with a deep interest in matters of engineering, aviation in particular, marked with the remarkable achievement of obtaining a pilot’s licence at the age of 70.

He was a founding member of Portlaoise Rugby Football Club in 1966, for which he did everything from being trustee to picking stones off the pitches.

He was a founding member of Laois Model Aero Club and was both president and captain of The Heath Golf Club. He knocked great fun from his golf club friendships and achievements. His passion for rugby was expressed through his many years and founding contribution to Portlaoise Rugby Club.

Without him and others, Togher would not have seen the light of day. He was a true member of the club and was completley invested in it.

He went further than this in that he would actively encourage all who donned the Portlaoise colours, regardless of results.

His sense of community was perhaps best borne out by his involvement with Laois Hospice, to which he was proud to contribute to over the years.

He was a founder member of Laois Hospice and remained its trustee and treasurer for many years.

Always kindhearted with friends, families and groups he was involved with, he could always be counted upon.

He stepped forward at times of need in a calm, reserved, unnerving fashion understanding real adversity and the need to lend practical help. He will be fondly remembered by a wide and varied community, and most especially by his family.

A loving father and husband, he provided and sacrificed for his children. He also passed on an integrity and respect for others. He is predeceased by his wife Noreen, his daughter June, his sons-in-law Noel and Paul and is survived by six children Mary, William, Gerald, Patricia, Joyce and Philip and their families.