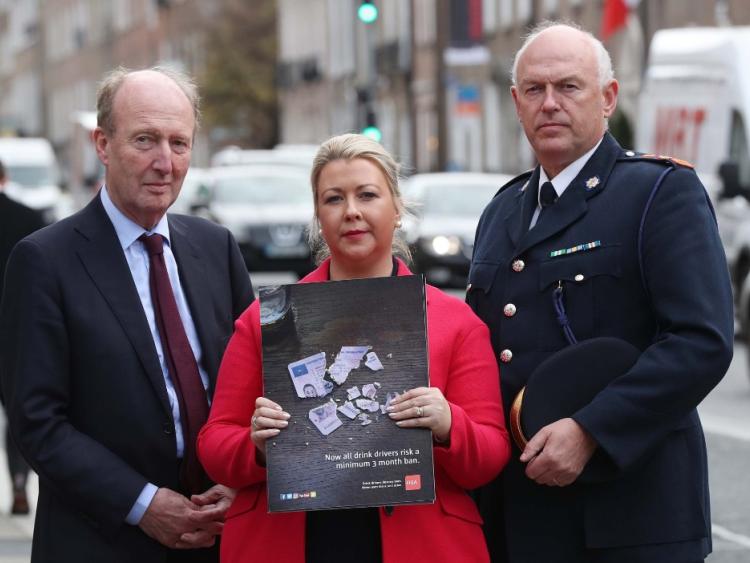 New laws that came into effect last week will mean a three-month ban for any drink drivers found to be over the limit.

Laois woman and Road Safety Authority board member Gillian Treacy whose son was killed by a drunk driver has welcomed the ban which replaces penalty points.

“We are thrilled and absolutely delighted. It is unfortunate that it is too late for us but if it prevents another family having to go through what we went through,” she told the Leinster Express.

Gillian and her husband Ronan bravely took on a harrowing tv and radio campaign revealing their trauma and grief since a drunk driver killed Ciaran and badly injured Gillian in 2014 in Portarlington.

“We have done this for Ciaran, at the launch people were calling it the Ciaran Treacy change of law. He captured everybody’s hearts and brought about a very positive change. It means a lot to us and it is a big achievement for Ciaran but he is still not here,” she said.

“It is hard to look at the posters used in the campaign but I’m very honoured too for someone so small he made such a powerful impact on the country,” she said.

Some TDs had objected to the tougher laws, and Ms Treacy had personally visited them to explain the impact on bereaved families.

“That was an insult to anyone who lost a family member to drink driving. Eventually, we got there and got through to them and we showed them the heartache,” she said.

Her work on the board of the Road Safety Authority continues.

“We are working on the next strategy for 2020, there's loads in the pipeline, I’m passionate about it and it is important to have someone like me on the board and I am also pushing for the rights of people who are injured,” she said.

Laois publican Lar Hogan says the new laws make it harder on rural pubs and their customers while accepting the law change.

“It’s making it harder on publicans out in the country. Customers can’t drive and that’s it. Most of our customers are elderly locals. It’s not the pints they come for, it’s just the chat, talking about cattle, farming, the price of everything,” he said.

To help his pub Sheeran's in Coolrain stay open, he offers a free driving service for customers. He collects a dozen or so customers each evening and drops them home.

“We are doing it for two years now. We had some customers breathalised and fined, and others who passed the test. That’s bad for the pub, I can’t afford to let that happen so I drive them every night. These are people only living four miles or so up the road,” he said.

He wants a tax break.

“The law is what it is now, and we have to work with it, but even if they gave us a tax break on diesel it would help. I will spend €80 on diesel this weekend, and there is wear and tear on the car, the roads here aren’t that great. Then I need to have someone else behind the bar when I go out,” Mr Hogan said.

“Some will drive in and leave their cars for the next day, but it's an inconvenience to them. The culture has changed fast, in 10 years I can see nobody driving to pubs,” he said.

Mr Hogan is optimistic that the legislation will have another positive, besides saving lives.

“I think it will be good for developing rural villages. People will live more in villages,” he said.

Alcohol is a factor in 39pc of driver fatalities in Ireland. The three-month ban is for drivers with a blood alcohol concentration between 50mg and 80mg. One glass of beer may be enough to put a driver over the limit. The limit for professional, novice and learner drivers is 20mg.

120 people have died so far on Irish roads in 2018, five less than this time last year. They were 32 pedestrians, 52 drivers, 18 passengers, 11 motorcyclists and seven cyclists.