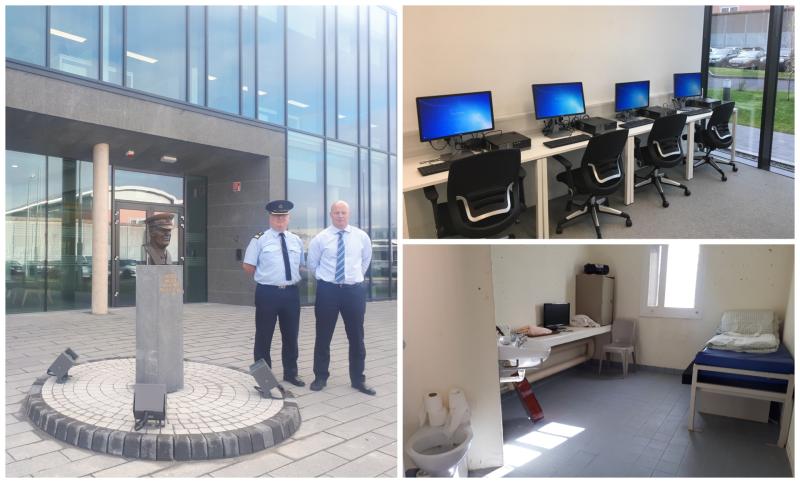 The national training college for prison officers in Ireland, based in Portlaoise, has been refurbished for the first time since it was built in 1982.

The Brian Stack House was gutted and updated with an extension in recent months and will be officially opened by Minister for Justice Charlie Flanagan on Friday, November 9 at the premises on the Dublin Road.

The building was dated having been built 36 years ago it was old, needed insulating and was becoming unfit for purpose.

No expense was spared in the €4 million refurbishment and extension onto the Brian Stack House. It has been finished to a high standard with a modern open plan reception, offices, canteen and social spaces. There are also 50 double en-suite rooms where those in training can stay similar to other college campuses around the country. 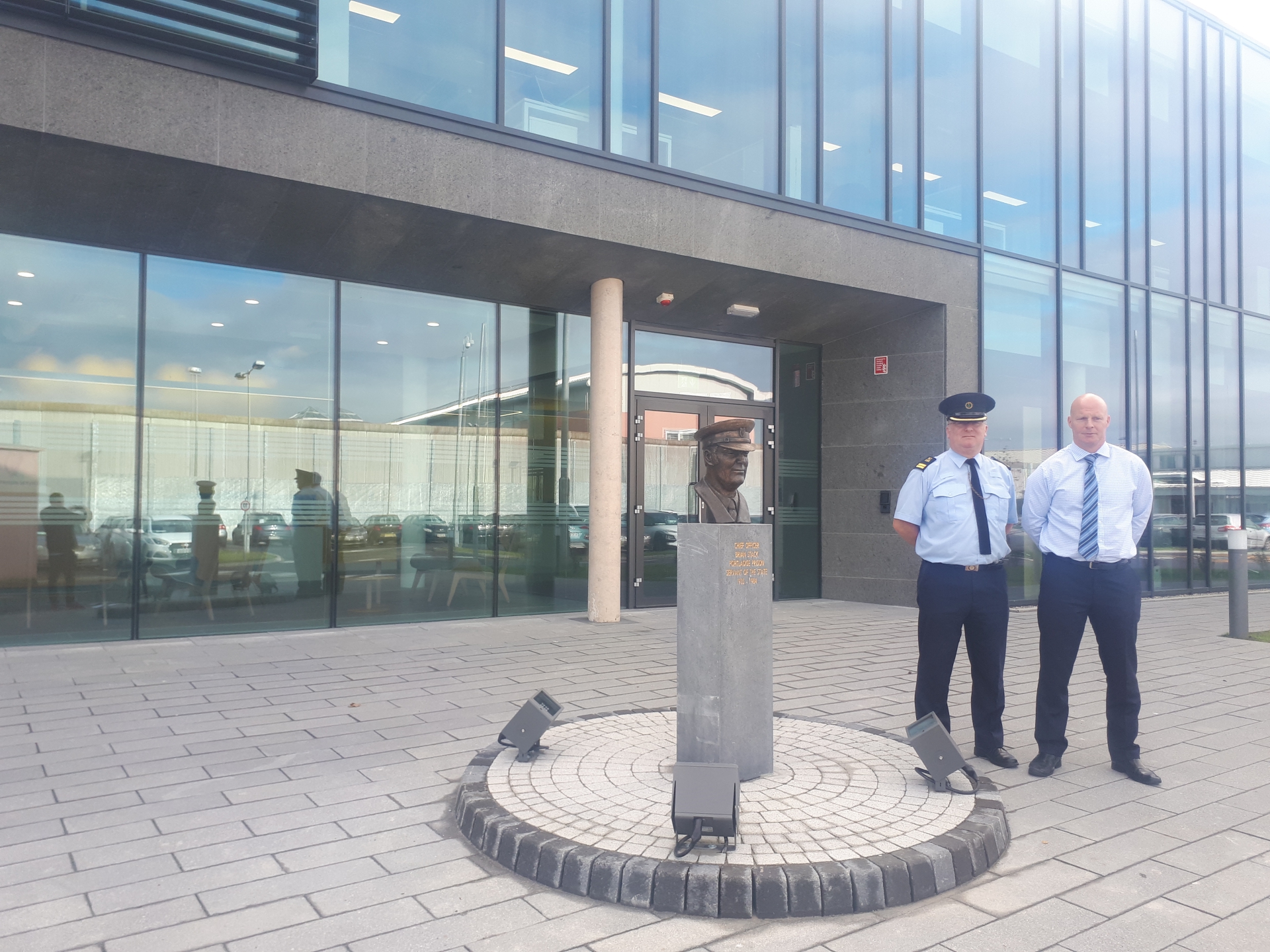 The training college is used every day by prison officers from all over the country. Every prison officer in Ireland must train in the Portlaoise college at some stage either as new recruits or existing staff updating their skills.

A public open day of the new prison officer training college will take place on Saturday, November 10 from 10.00am to 2.00pm. Anyone can go along and see the new facilities where prison officers in Ireland are trained in the Brain Stack House and three other buildings with lecture halls, meeting rooms, a sports hall and other facilities.

Many local people have worked in the prison service over the years and this will be an opportunity for these people and their families to see where training happens to get a glimpse into the training prison officers go through and understand their role.

“Our recruit prison officers come into 12 weeks of training and then they go and do another three semesters in Waterford IT. At the end of a two-year programme, they come out with a Higher Certificate in Custodial Care (HCCC) which teachers them prison law, human rights, healthcare in Ireland, psychology and other modules.

“We teach clerical officer training, continuous pressure development where we take existing staff in for two days of training every year, we do management and leadership training here, training to support specialist grades like we have workshops in metal work they need refresher training every couple of years, we have gyms, kitchens laundries, stores, maintenance, staff, escorts and the prison college is responsible for training all of these people,” he said.

Since this HCCC system started in 2007, around 1000 prison officers have completed training at the Portlaoise facility. Governor Clarke said that 207 members of Irish Prison Service staff retired last year as 200 new recruits joined the workforce.

“Probably, our prisons will always say they might need more staff but in terms of numbers we are not far off our overall target,” he said. 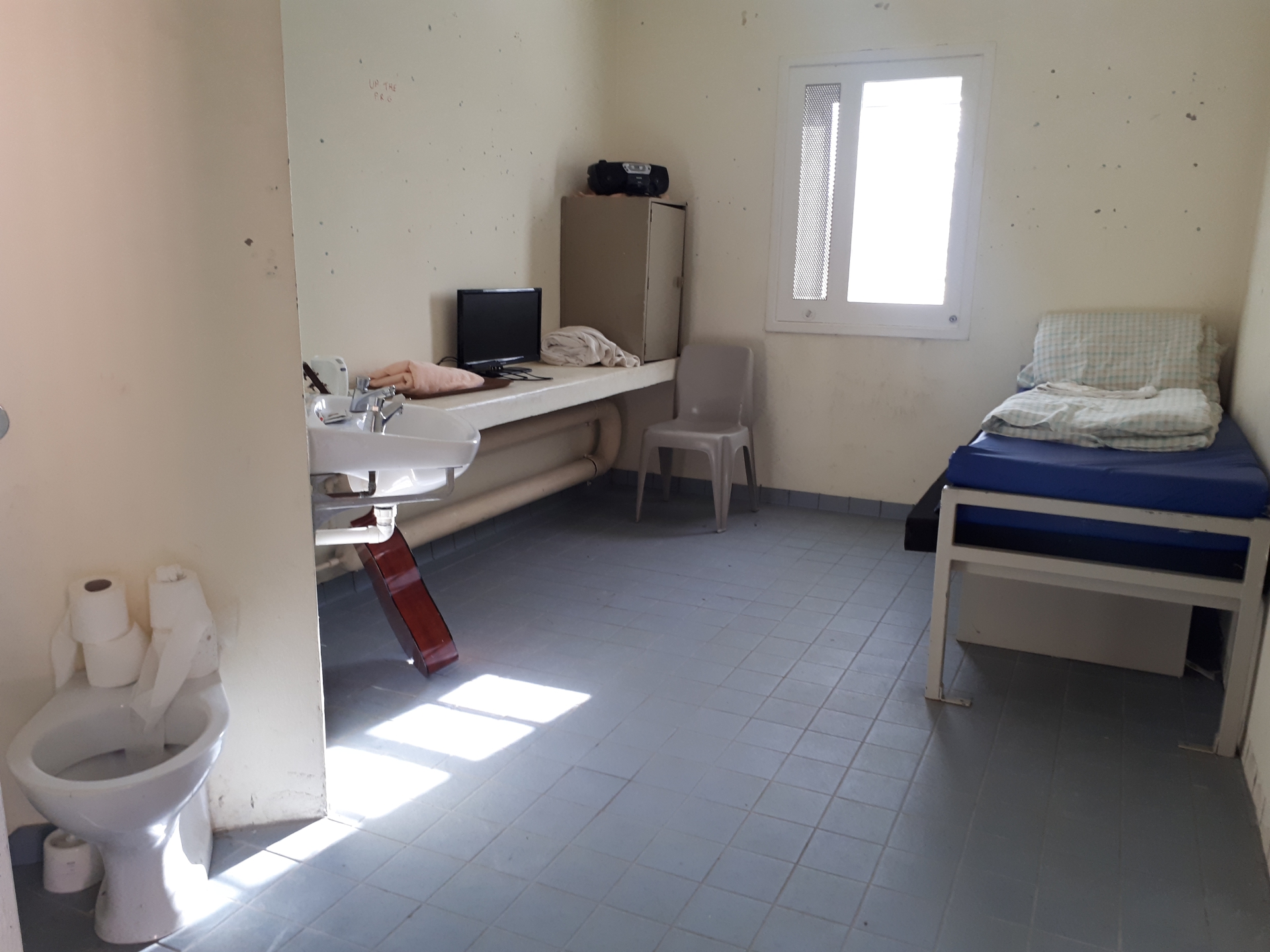 Ray O’Keefe is the Chief Officer in the Irish Prison Service College. He said the investment in facilities shows an investment in staff.

“This investment shows that we are interested in people and we value the people who are going to work with the prisoners. You can’t have people respecting human rights of people if their rights are not valued and you don’t value them,” he said.

“Twenty-five years ago when I joined the prison service I was trained to work in a prison whereas now I oversee the training for people to work with prisoners and I think that is the key difference,” he said.

The change in the role of the prison officer is reflected in all the new facilities at the refurbished Irish Prison Service College in Portlaoise.

There is a focus on fresh, open spaces and relaxation areas as well as access to hot desks, study space and a library. 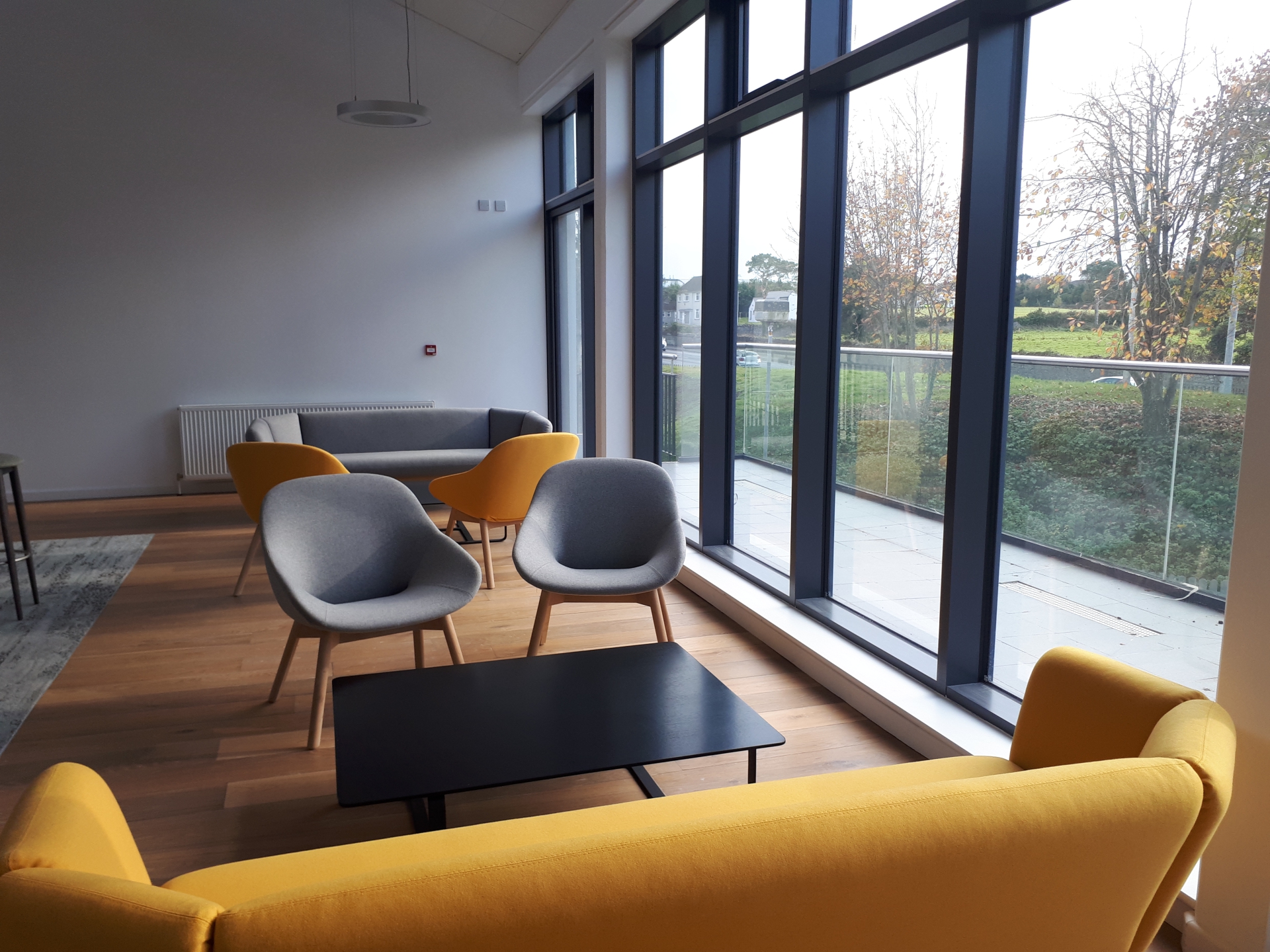 College Governor Dave Clarke explained the evolution of the role.

“The role of the prison officer has changed a lot in the last 20 years and it has gone from everyone thinking of a prison officer as a custodian, you look at a Hollywood movie and it is defined as someone who is ignorant, uneducated, untrained, lack of passion, you watch any film and that is the way it is portrayed but actually the reality is so much different.

“Our prison officers learn all about engaging with prisoners, trying to understand where they have come from, how they’ve ended up in prison and trying to get them involved in addressing their addiction issues, getting them involved in work training or education so that when they leave prison and they are moving back into society that they are able to actually function in society and perhaps even make a meaningful contribution into society and that’s not going to work for everyone but we spend a lot of time now getting prisoner's support so that when they do leave they can change their ways and hopefully make a difference.

“There is a big shift towards this type of philosophy rather than just punishment keeping them removed from society. They are all going to have to go back into society and become our neighbours when they get released so are they going to reintegrate back into society more easily if we look after them in prison and try to facilitate their growth and development or if we just lock them in a cell? And the answer is clear,” he said.

Sylvia Flynn is the Assistant Chief Officer and Tutor in the Irish Prison Service College.

“It’s much better now than when we started. Years ago you came here, you did your training, you didn’t see a prison. Now they actually get to do an orientation day, then when they do their physical competency test here they actually get a visit to the prison again to give them the sights, smells, sounds of a prison that we wouldn’t have got,” she said. 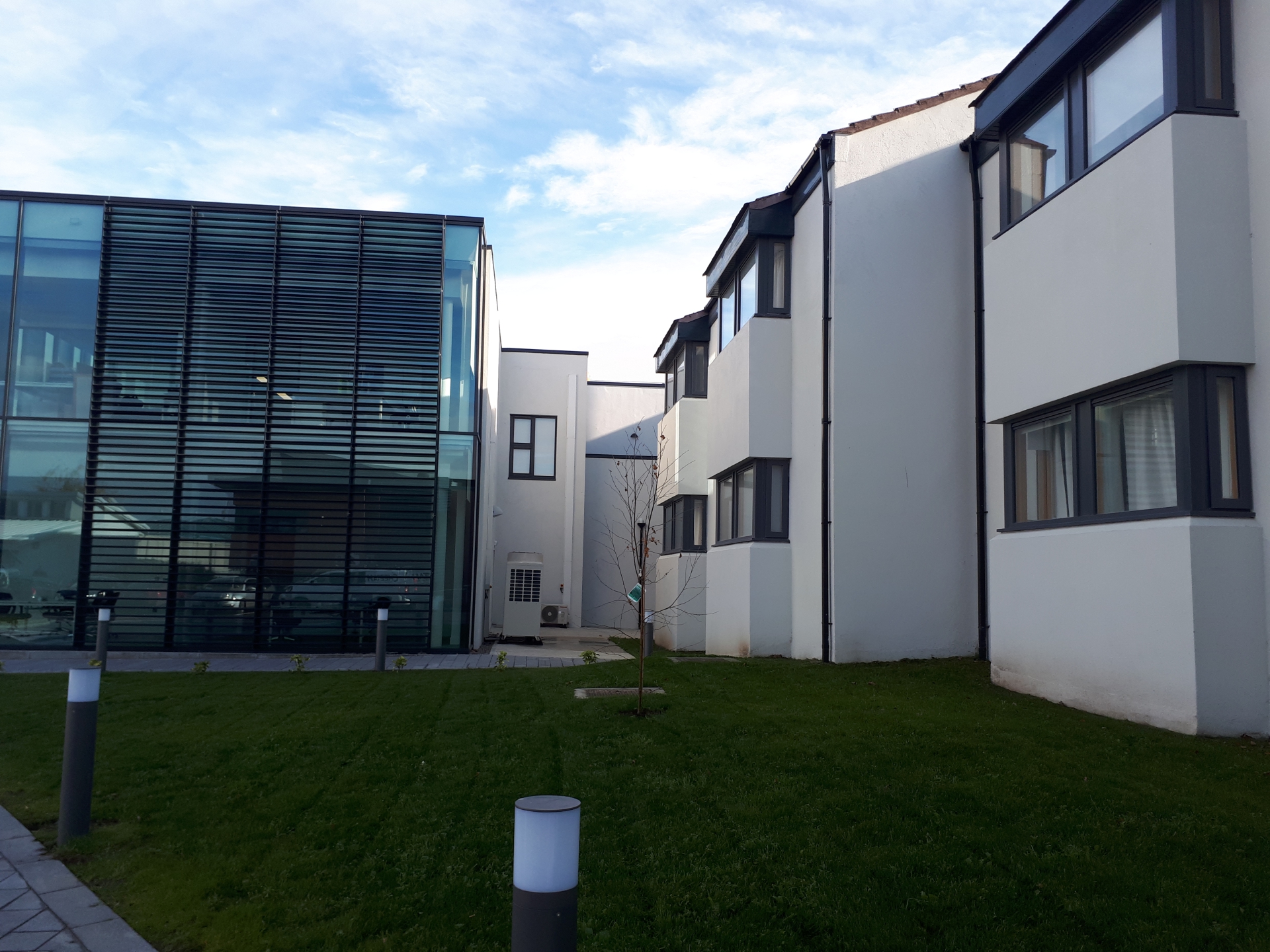 Declan McBrearty is an Assistant Chief Officer and Tutor at the Irish Prison Service.

“I really enjoy it, I get a great buzz from it. No two days are the same - there is something different all the time. There is a lot of variety within the roles that you can go in to, there’s training with the prisoners, different areas, trades, supervisor workshops, working in the kitchen, the gym there is so much variety, I enjoy working with the people as well, the prisoners are actually, it might surprise people to say, they are good craic and you can have a bit of fun with them, we can actually talk and guess what at the end of the day they are people you can walk around having a yap with them, having the craic with them talking about everyday sort of stuff - football and different things. At the end of the day you are working with people and if you enjoy that you will enjoy the job,” he said.

Anyone can go along to the Irish Prison Service College open day in Portlaoise on Saturday, November 10 from 10.00am to 2.00pm to see the refurbished facilities. 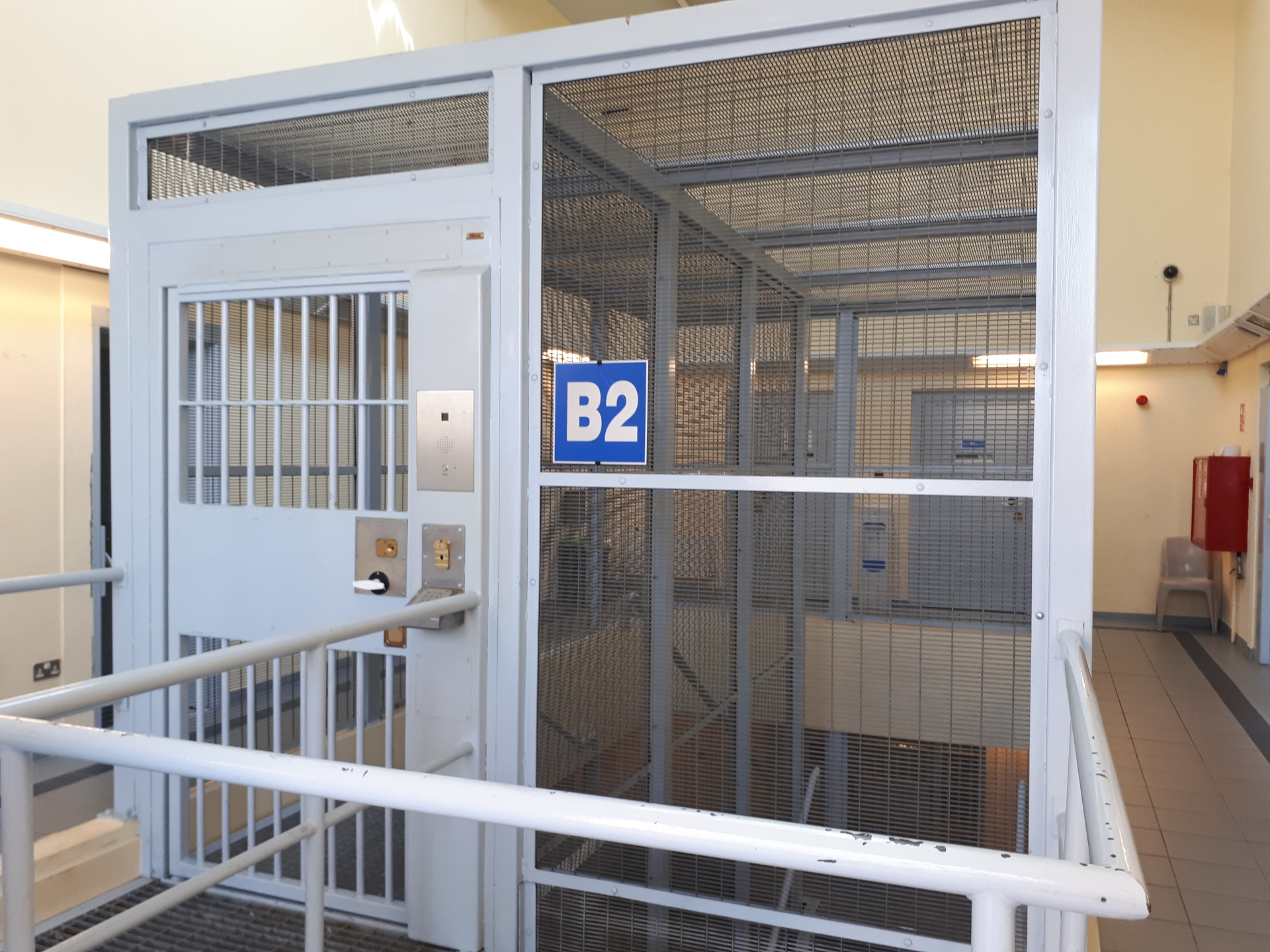