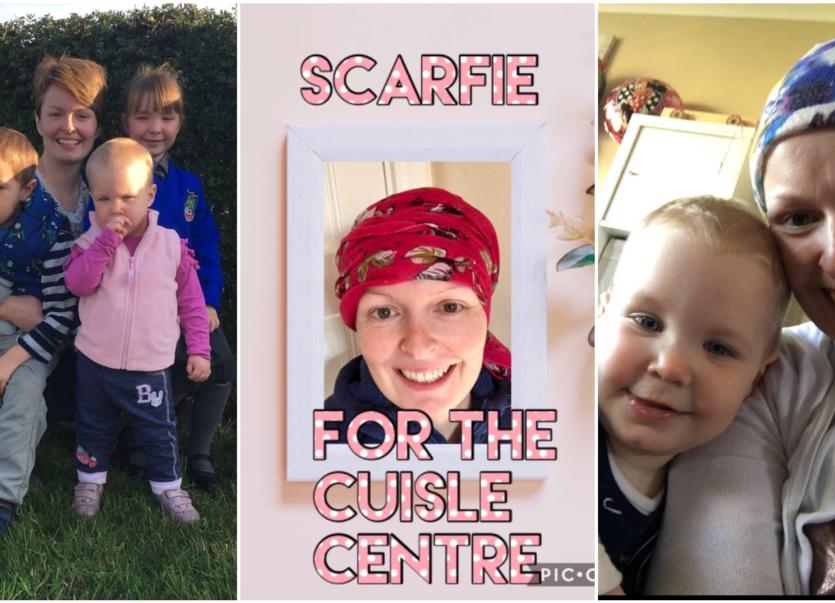 A Laois mother who is currently undergoing treatment for breast cancer has started a fundraiser for the Cuisle Centre in Portlaoise.

Teresa Ryan, a Portlaoise native now living in Portarlington, was diagnosed with breast cancer in July 2018 after giving birth to her third child just months beforehand.

This came as a huge shock to the 37-year-old with a young family. She had volunteered at the Cuisle Centre as a reflexologist doing treatments on patients and said her experience working with patients helped her to understand and come to terms with her diagnosis.

“Volunteering at the Cuisle Centre set me up to deal with the diagnosis, working with patients helped me with the lingo and the big words, I knew the stages and I didn’t have to Google it, it took the fear out of it for me.

“I have stage two treatable breast cancer, of all the cancers I could get it is probably the best. Having the experience of the Cuisle Centre put me in the position to be able to ask questions, not go home and Google.

“Now I go into the Cuisle Centre for reflexology before my chemo as it relaxes me and helps circulation. It is interesting to be on the other side, I used to go in and think it was lovely to meet the patients but now I see it is such a big deal to have that time with no medical talk and just normal conversation it is lovely,” she said. 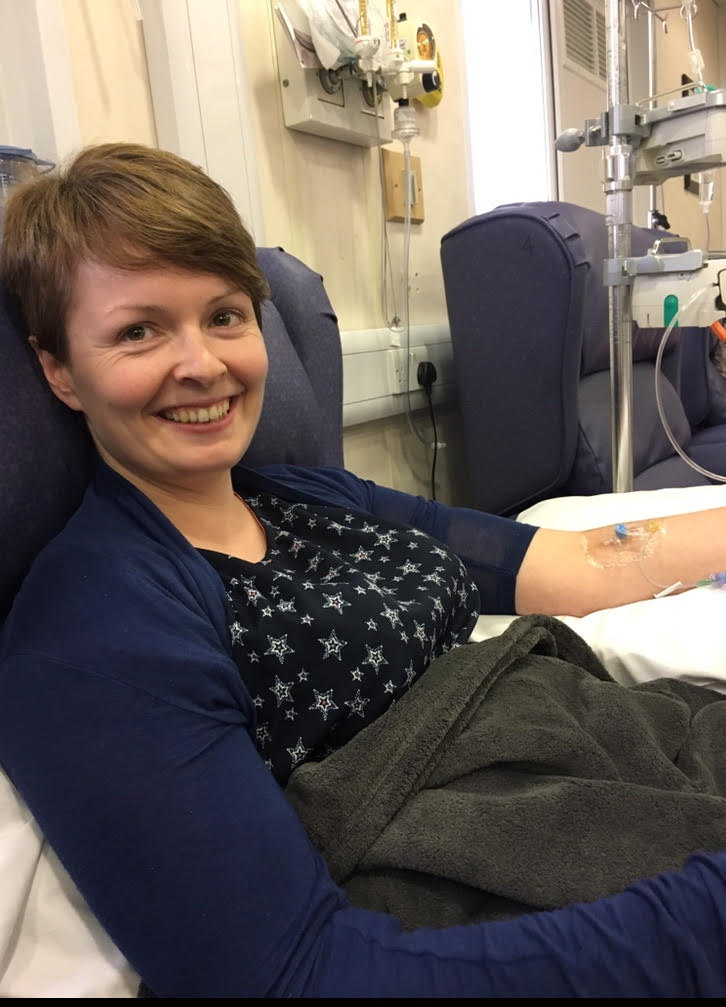 Teresa started an online fundraiser asking people to take a scarfie, a selfie wearing a scarf on your head, as she has lost her hair during treatment and wants to give back to the local centre. Donate online here and share a scarfie to let your friends know about the fundraiser.

I’m over halfway through chemo therapy and doing well. This journey has given me a new perspective on the work of the Cuisle Cancer Support Centre, a charity that I admired before cancer ever came into my own life. If you would like to donate money, or raise awareness about the invaluable work that The Cuisle Cancer Support Centre do, please click to find out more, link in bio #scarfie #thecuislecancersupportcentre #cuislefundraiser

A post shared by TeresaRyanReflexology (@teresaryanreflexology) on Nov 1, 2018 at 3:23am PDT

“I don’t mind losing my hair but now that I have lost it I know that would be a big deal to some people.

“The money that goes into the Cuisle Centre goes a long way. In other charities, money has to break down a long way into loads of areas but this money goes straight into what is happening in there, it doesn't get gobbled up by anything different and local goes further,” she said. 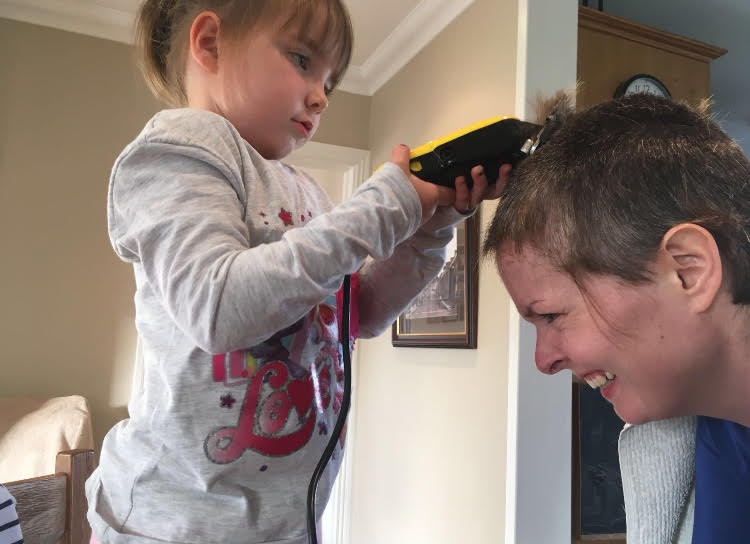 Teresa said she wants people to learn how to check themselves properly and take action on any irregularities.

“I want people to be aware of the signs and symptoms. I am only 37 and it is not just about finding a lump. If there’s anything different check it out, out of my friends I am the only one who checked myself and that was only because I had volunteered at the Cuisle Centre.

“I thought I was doing it right but I wasn’t really. There are such subtle symptoms too, I lost a lot of weight and I wasn’t trying to, I never had weight fall off me and I was just after having a baby so it was easy to brush it off as hormones. Even when I lost the weight I said to myself ‘I can’t have cancer’ we are all so busy there is always something else we can put it down to.

“If you lost 10 per cent of your body weight in a short space of time that is a symptom of cancer. I want people to be aware and take action to get checked,” she said. 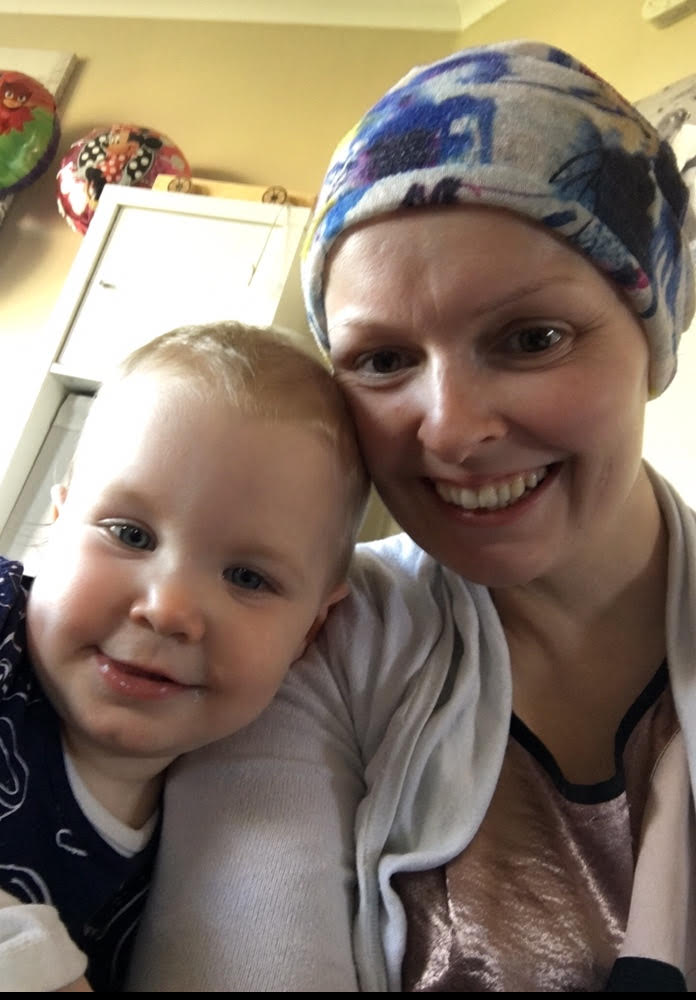 Teresa is currently undergoing chemotherapy, she has surgery and radiology ahead of her and is hoping to be fully back on her feet around the middle of next year.

She said her family, friends and neighbours have been a huge support network for her throughout her treatment.

“My husband Barry has been a cornerstone in all of this. He has a full-time job and is a very hands-on dad, but now he has taken on the role of mammy and housewife as well and is doing it without breaking a sweat.

“He has been key to keeping everything normal for the kids and making sure everyone is fed and well looked after. It means I can take a rest whenever I need to if Barry is in work he makes sure there is a backup plan in place in case I get hit with fatigue. He’s been the main support in keeping everything together.

“My parents Pat and Frances McEvoy, they both take my one-year-old for sleepovers regularly, and they take such good care of her that she often doesn’t want to leave!

“My sister Claire Jackman, her three kids and my three kids are all similar ages and very close, and have become even closer with all the time they spend together at weekends lately. Mams in the schoolyard saying offering lifts or taking my kids for an hour after school and treating them really well, they think they are doing something small by minding them but it makes a huge difference to us,” she said. 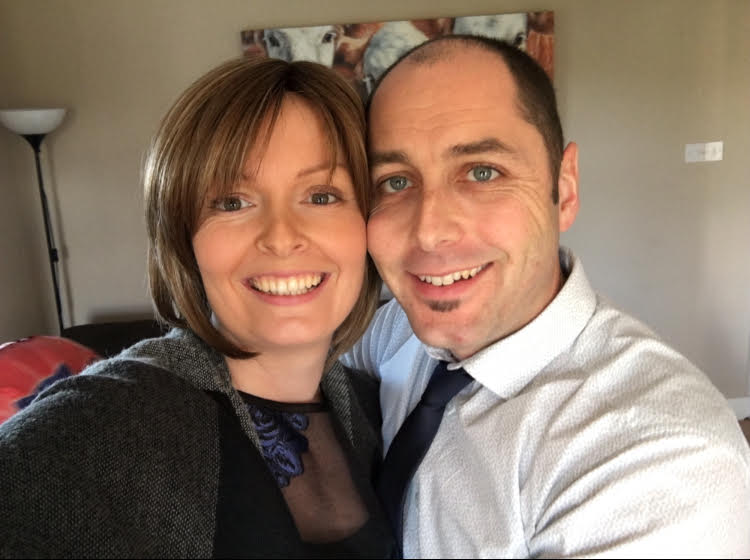 Teresa with her husband Barry.

Teresa has her own blog where she has written about her experience with cancer and other topics read more here.