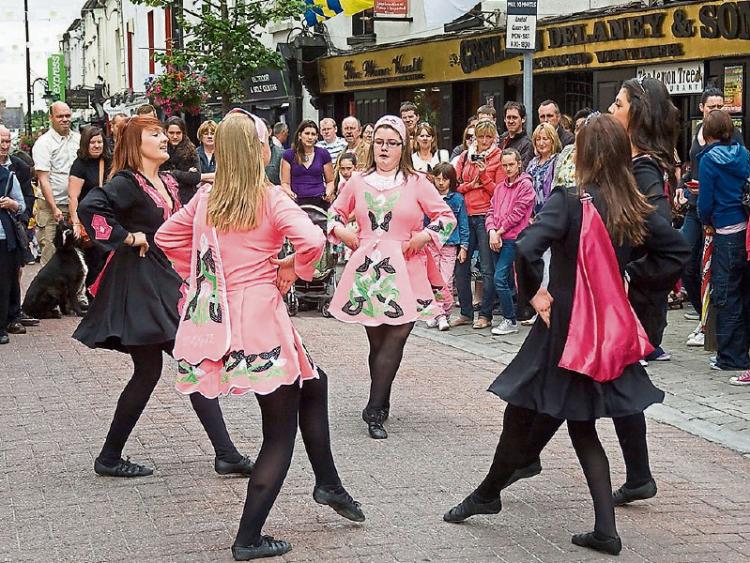 Dancers at the Leinster Fleadh in Portlaoise.

The decision has been made on whether Portlaoise is to be Leinster's choice to host Fleadh Cheoil na hEireann 2020.

The Laois capital put forward an ambitious bid to host the massive Irish music and dance festival, which brings an estimated €10 million and 400,000 visitors to the host town.

He confirmed on Monday December 17 that they have been unsuccessful in their bid.

The town to be put forward by the Leinster province is Mullingar which hosted the first ever All Ireland Fleadh and if chosen, would celebrate the 70th anniversary by bringing it back.

"We are disappointed, but we have learned from this, and are encouraged in that it was a first attempt. We had an overwhelmingly positive response from the judges. We will go again," Mr Phelan told the Leinster Express.

Laois councillors praised his work in submitting the proposal of Portlaoise as host town, at the council meeting on Monday.

"Unfortunately we didn't get it but well done to PJ Phelan," said Cllr James Kelly.

"It would have been a huge boost. It generates up to €40 million but here we could have got €10m or €15m. I hope when the next chance comes around, that the same team can get together. Maybe having the cultural quarter in Portlaoise by then will be an advantage," he said.

"I am very disappointed that we were not successful in the bid, but the feedback from delegates was very positive. The next bid is in 2022, and I hope the cultural quarter will help. PJ and Mary put their hearts and souls into this bid. I thank everyone especially Laois County Council who got fully behind this bid," she said.