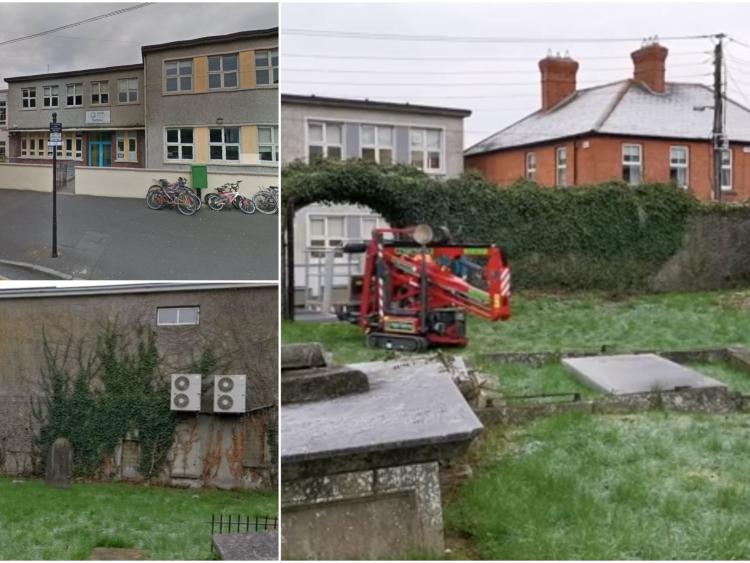 A new, exciting, creative community project to install a mural on a wall at an important, historic Portlaoise site is due to be completed this week, creating a 'pocket park' for the public to enjoy.

As part of the Creative Ireland Laois programme, a project was developed in partnership with the Heritage Office, Arts Office and students at Dunamase College, Portlaoise to design and install a mural at the Old St Peter’s Graveyard, Railway Street, Portlaoise.

The mural depicts Rory Óg O Moore and his wife Margaret O'Byrne (of the famed O'Byrne Clan of Wicklow). The iconic Laois site the Rock of Dunamase is in the background. Wolves and wolfhounds also featured in the mural.

The inspiration for the project came from the late Councillor Jerry Lodge and the Portlaoise Tidy Town Committee, following on from conservation works to the graveyard started in 2017 and aiming to open it to the public as a “pocket park”.

The mural will be on the huge wall at the back of the social welfare office on Church Street, Portlaoise which overlooks the graveyard.

This project endeavours to inspire interest in the heritage and archaeology of the town and county for the next generation. It is part of the greater Fort Protector project and rejuvenation of the central of the town. Old St Peter’s is included in the recently announced Urban Regeneration funding for the historic core of Portlaoise.

A shortlist was made from a selection of leading mural artists and the successful artist appointed was Shane Sutton.  Work commenced on the sketches for the wall in the graveyard in November and the project commenced in January. It will be completed for all the see by the end of this week.

Catherine Casey is the Heritage Officer with Laois County Council.

“There has been a lot of focus on Fort Protector in recent years, and we are delighted with that. But the fabric of the Fort, built by the English planters, is just one part of the origin story of Portlaoise.

"We wanted to use this mural as an opportunity to commemorate the people the Fort was built to keep out – the Gaelic tribes led by the O’Moores.

Laois Heritage Forum shared a video of the beginning of the work for the mural.

Artist Shane Sutton shared a short clip of his first work on the mural.