Stradbally Road people in Portlaoise switch on to text alert 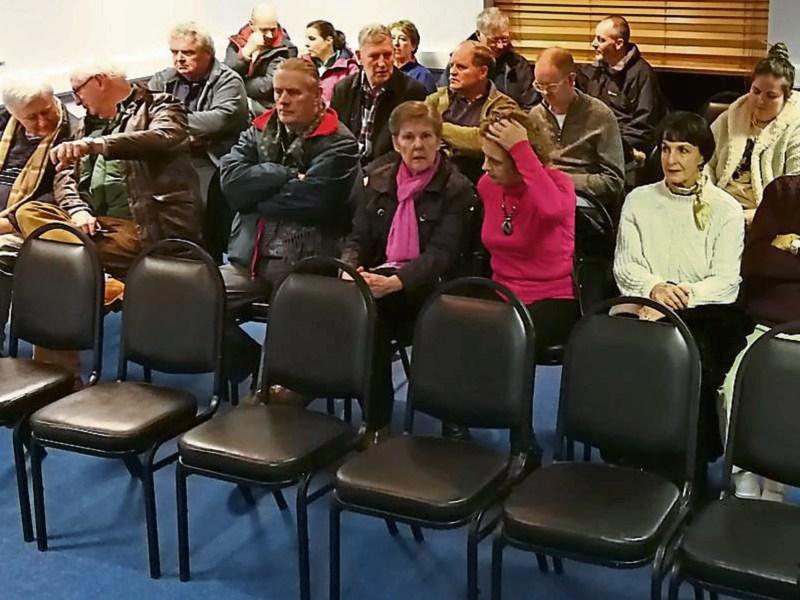 Residents associations and neighbourhood watch groups from eight housing estates and residential areas around the Stradbally Road Portlaoise have come together to form a big text alert group in Portlaoise.

A team of residents will work closely with the Gardaí in Portlaoise to prevent and combat a wide array of crimes in the locality.

Amalgamating the groups into a much larger group is the brainchild of local resident Frank Sheehan who is chairperson of the Stradbally Road Community Alert.

“The reason that I started this is because a lot of elderly people living around the area have been subject to a lot of robberies and other crimes.

“I do a lot of walking and I also noticed that there are few people around during the day so I thought that a community alert involving all of the 400 or 500 houses would go a long way to putting a halt to crime and defer the would-be criminals from the area.

“I got in contact with Sergeant Graham Kavanagh (Crime Prevention Officer for Laois and Offaly) and he put me in the picture and how to move forward with the idea.

“I approached all of the residents associations and committee’s within the area and everyone that I spoke to thought it was a great idea for us all to come together as one big group and to build on the already established text alert groups so that when any suspicious activity or suspicious characters are noticed in any part of the area everyone in the whole area gets to know about it all at the same time.

“With such strength in the numbers we can help the Gardaí to apprehend the criminals by monitoring their movements from area to area and updating the Gardaí live as they are in pursuit,” he said.

More than 30 people attended the meeting and at least a dozen spoke about being victims of various crimes.

Garda Sergeant Kavanagh spoke to the group about crime prevention and offered valuable information and many tips on how to combat crime.

Sergeant Kavanagh said that there is a population of around 150,000 people between Laois and Offaly and that 170 community text alert groups are established reaching over 20,000 people.

Also in attendance was Garda Eoin Gardiner who is a Crime Prevention Officer for Portlaoise.

The housing estates that joined up with the new community alert group which starts at the church on the Stradbally Road includes Annbrook, The Downs, Glendowns, Glenlahan, Summerhill, Aughnaharna, Beladd upper, Beladd Lower, Block Road, Chantier Gates and back up to Bloomfield Cross roundabout on the Stradbally Road.