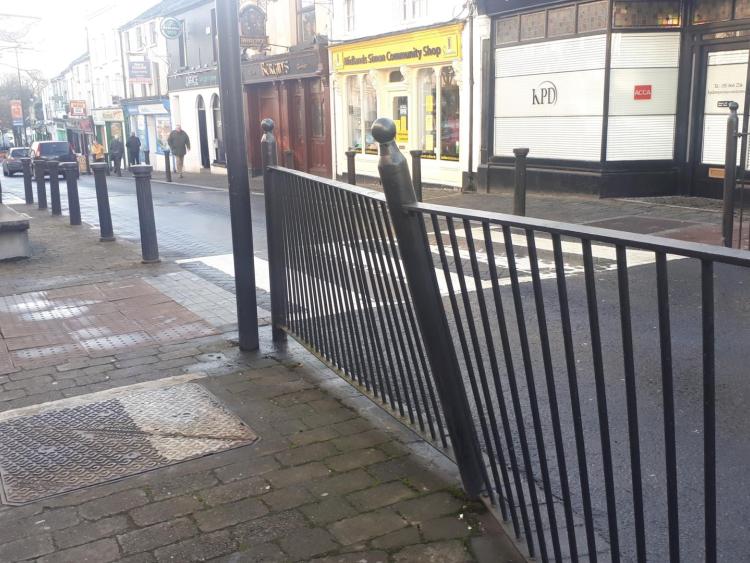 Railings at pedestrian crossings can present a crush risk to children, which is why the guidelines have now been changed on the use of such railings.

At the recent meeting of the Portlaoise Municipal District, Cllr Noel Tuohy asked the council to revisit the concerns of many regarding the safety, particularly of children, crossing at the junction of Park View and the Ridge Road.

Mr Wes Wilkinson, senior executive engineer, said a survey of the area will be carried out.

Cllr Tuohy said that many other pedestrian crossings have bars on both side of the road, but this is the only one that doesn’t.

“If it’s right for every other pedestrian crossing, it has to be right for this one,” he said.

Mr Wilkinson explained that the other railings were put in before the guidelines had changed, so not putting railings at the Ridge Road conforms to the new guidelines as “railings can cause their own problems”. He said that if the survey proved railings were needed the council would put them in.

“It’s not feasible to retrofit the whole town,” said Mr Wilkinson about the crossings which currently already have railings.

He explained that railings don’t necessarily solve the problem, as a young person may walk down along the road beside the railings which causes a crush risk.