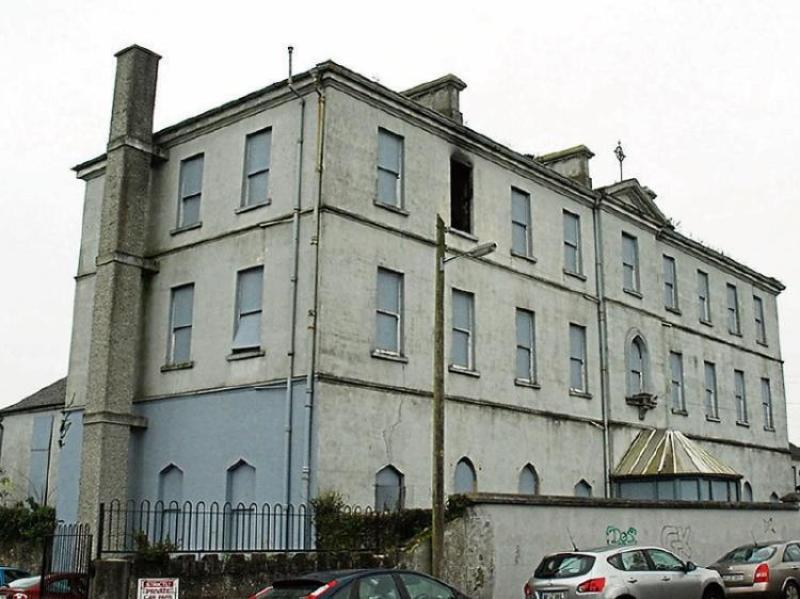 The landmark Portlaoise Convent site was one of those considered for a new secondary school in Portlaoise but the Department of Education has now advanced talks to build the school somewhere else after ruling out several other sites.

Negotiations for a site to build a new school for Dunamase College, Portlaoise is at a 'very advanced stage' according to the Education Minister, Joe McHugh.

The Minister said in a Dáil reply to Brian Stanley TD that negotiations are progressing for a site to build a new school for the rapidly growing Dunamase College, which is currently located at Railway Street, in interim accommodation in Portlaoise town centre.

Minister McHugh told Deputy Stanley that a number of potential sites were identified but deemed unsuitable and the Department's focus has now shifted to one site in particular.

"A number of potential sites were identified and comprehensively assessed. Unfortunately, all of the sites initially identified presented challenges.

"A further site option was subsequently identified and was found to present a viable solution for the delivery of accommodation. Negotiations with the landowner in respect of the proposed acquisition of this site are at a very advanced stage. I can assure the Deputy that my Department officials are working to advance the acquisition of this site as expeditiously as possible," Minister McHugh said.

It was referenced at a Laois County Council meeting on Wednesday that there is a 'strong possibility' that a new school could be built beside The Holy Family School campus at Aughnaharna, Portlaoise.

Deputy Stanley raised the issue of locating a site for the building of the new Dunamase College, Portlaoise with the Minister in the Dáil this week.

“This school was established in 2017 and it currently has 78 pupils on an interim basis in what was the old technical school in Railway Street, Portlaoise.

"This building has some shortcomings, for example, there is very little space around it to use as a play area without room for expansion. Great credit is due to Laois/Offaly ETB, the staff of the college, in particularly An Príomhoide Aoife Elster, who has done fantastic work, and An Foras Patrúnachta, which is joint patron with Laois/Offaly ETB.

"Coláiste Dhún Masc Portlaoise has grown beyond all expectation and already has 112 pupils registered for this September.

"This is a bilingual school with an Irish and English stream which is very successful, with pupils from throughout County Laois in attendance. A new site has to be located in Portlaoise to accommodate all these pupils," Deputy Stanley said.

There are concerns over the capacity of the school if it remains in the current location. Acquiring the site for the new building would be the first step in a long process to get the new school built.

It is expected that the site will be secured within the next two months.

Chief Executive of the LOETB, Joe Cunningham, said a number of 'preferred sites' were identified.

"No permanent site has been acquired as yet for Dunamase College. A number of preferred sites have been identified and the Department of Education and Skills are currently in negotiations with vendors at present.

"It is hoped that the negotiations will be concluded in the next few weeks and LOETB will gladly confirm the permanent site for Dunamase College at that time," he said.