'Manic' parking and traffic issues at Portlaoise school to be addressed 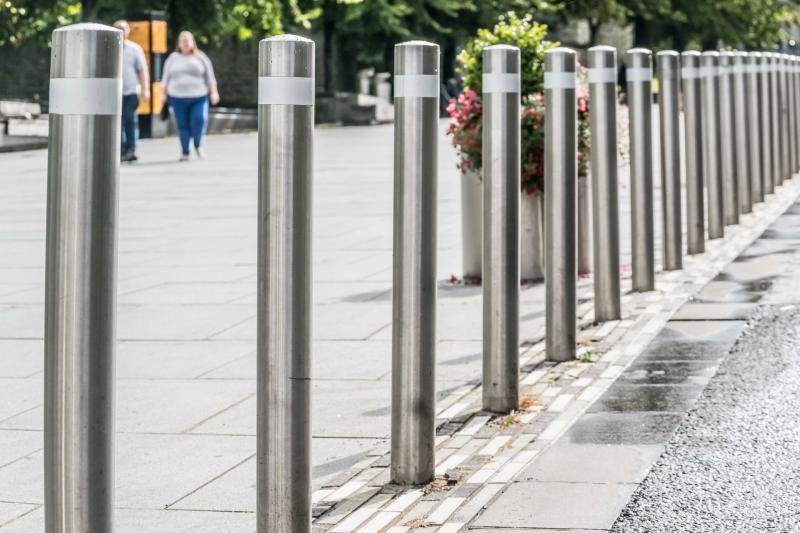 Bollards have been proposed as a measure to calm 'manic' parking issues outside a large Portlaoise primary school.

Cllr Willie Aird tabled a notice of motion at the recent Portlaoise Municipal District meeting asking the council to erect bollards outside the school to stop cars pulling up on the path between the school and the link road. He said parents have contacted him about it.

Area Engineer, Wes Wilkinson, said a meeting was recently held with the principal to discuss parking issues on the public road adjacent to the school. It was proposed that bollards be installed on one side of the road from the pedestrian entrance of the school to the junction on the Ballyfin Link Road.

Cllr Caroline Dwane Stanley said there is a huge problem with parking which can be ‘manic’.

“There is a problem down there with parking and it has a huge knock-on effect for residents living in the area.

“If you go down there at prime times when they are going into the school or particularly when the kids are being collected it is crazy the way they are parking right up around by Clonrooske View and where these bollards are going to be. I don’t know what the answer is I can’t understand why they are not allowed to drive in and drop the kids and drive back out. Residents in the area tell me that the gates are closed.

“There is huge congestion there you have Treo Nua all parked there, it is just manic, but anything at all you can do to make life easier for parents and kids going into the school and particularly residents who are living there the whole time,” she said.

Area Engineer, Wes Wilkinson, said the set down area was designed to be outside the school so if you stand adjacent to the path there is a set down area there.

“There is a drop off zone and the idea is that people keep moving on the outside but it doesn't always happen like that,” he said.

Cllr Willie Aird said these bollards would make a start on the work that needs to be done.

"I was looking for more than that but I’m not going to argue on that because the principal of the school is the person who is in charge of that and if the principal is happy enough to have that much of it done so far," he said.