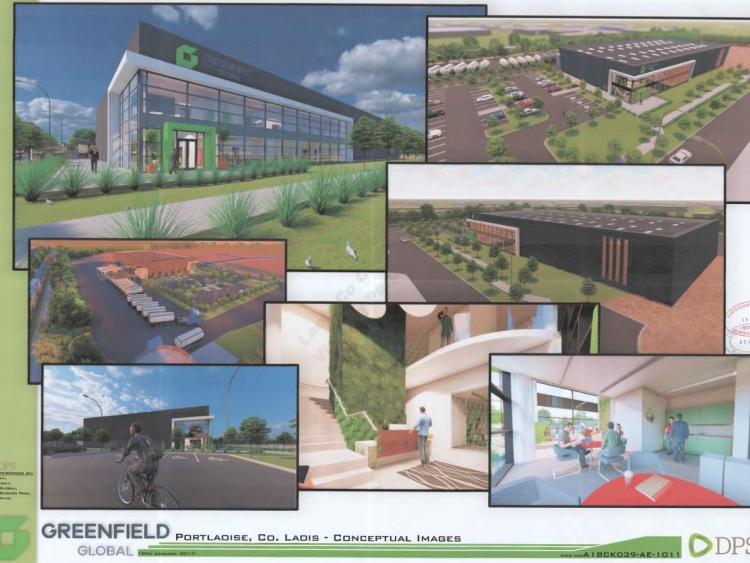 Laois is finally set to be put back on the map for foreign direct investment and the valuable jobs and spin-off employment created as a result.

Management at the Canadian firm, Greenfield Global travel to Portlaoise this week to officially confirm the building of a new manufacturing facility in the town.

Following the recent granting of planning permission, revealed by the Leinster Express, the company is set to confirm plans for a factory and distribution centre at the Industrial Development Authority (IDA) Business Park in Portlaoise.

Portlaoise's central location is believed to have been key to the life sciences firm's decision to locate in Laois. Laois TD and Minister Charlie Flanagan was present at the announcement on Tuesday.

The decision by Greenfield Global to sign on the bottom line with the IDA marks the first time in decades that a big multi-national company has decided to bring foreign investment to Laois.

Greenfield Global had applied for permission to construct a blending and packaging facility, an electrical sub-station building and other facilities to facilitate its business in the IDA Business Park on the town's Mountrath Road.

The IDA gave its backing to the company to develop a site that will also be its first venture in Europe. The almost 4,000 square metre facility will be located on a 15,000 square metre site.

The application said half of the facility will be used for manufacturing.

The company wants to begin construction in the coming months.

Headquartered in Toronto, Greenfield Global operates in 15 locations around the world. The company claims to manufacture and ship more than 1,600 products in 50 countries worldwide.

Greenfield is reported to be the largest high-purity alcohol company in North America.

Under its Pharmco and commercial alcohols brands, Greenfield says it delivers hundreds of products to thousands of life science, food, flavour, fragrance, and beverage customers in more than 50 countries worldwide.

The company has manufacturing and processing facilities in Canada, the United States and Malaysia.

Kenneth Field is the company's founder. The company's website says that under his leadership, the firm has grown into the largest manufacturer and distributor of fuel ethanol, industrial alcohol, and alcohol-related products in Canada.