Coming up roses in Portlaoise for Cystic Fibrosis fundraiser 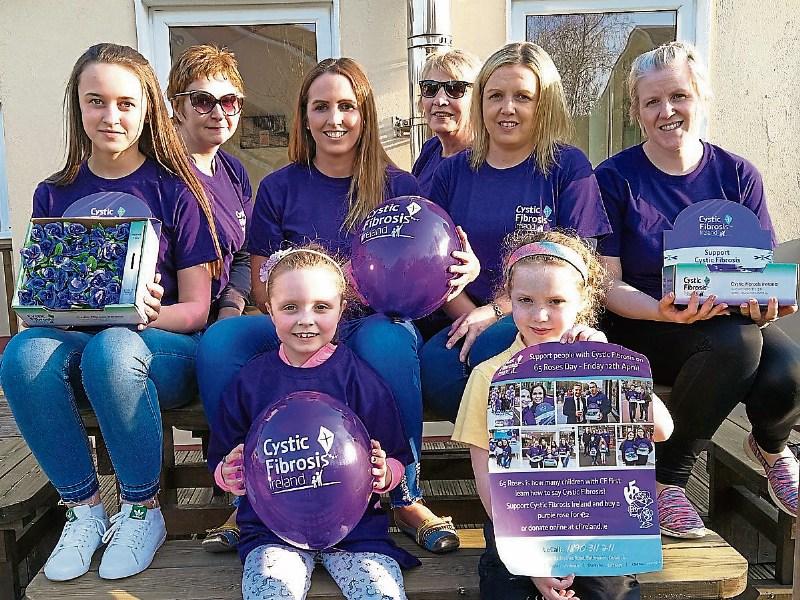 A Portlaoise mother has organised a local fundraising event for Cystic Fibrosis Ireland’s 65 Roses Challenge which will take place in the Kyle Shopping Centre Portlaoise.

Kiera featured in local news in April 2017 when she was granted a wish by the Make a Wish Foundation to meet her favourite Princesses in Disneyland Paris.

She travelled with her sister Jessica, her mother Louise and her grandmother Connie.

Kiera and her family received life-changing news last June when the child was approved for CF drug Orkambi.

“This charity is close to my heart as my daughter Kiera is living with CF since birth,” says her mum Louise.

“This year I decided instead of doing the woman’s mini- marathon that we would do something different to help fundraise so we’re taking part in the 65 Roses Challenge. My family and friends are as always only too delighted to help again this year.”

The term 65 Roses originates from 1965 when four-year-old boy Ricky Weiss overheard his mother Mary G Weiss from Montreal speaking the name of his and his two brothers’ disease for the first time while she was fundraising for financial aid. Young Ricky, however, pronounced Cystic Fibrosis as sixty-five roses.

This term stuck and is often used by young children over 50 years later to pronounce the name of their disease.

“We are taking part in the 65 Roses Challenge locally to raise funds for CF to help others get the treatments they need and deserve.

“Kiera started on Orkambi last June and it seems to be working for her thank God. She was quite sick last October though and was hospitalized for several nights. During this time I realized how Orkambi is working for her as when she would get sick with really bad chest infections previously she couldn’t get the sticky mucus up from her lungs. It would take long hours of physiotherapy and a nebuliser to shift it.

“Orkambi makes a huge difference. She can cough the phlegm up much easier making a huge difference to her. It’s an amazing relief for us not having to see Kiera go through all that work, strain and emotion,” she said.

The group wishes to extend its thanks to the Kyle Shopping Centre management for giving them the opportunity to fundraise and wishes to thank everyone in advance for any support that they may give on the day.

“We will be in the Kyle Shopping Centre at the new Dunne’s Stores in Portlaoise selling Cystic Fibrosis items on Friday 12 April from 9am until 6pm. We have hundreds of beautiful purple roses, pens, key-rings, and balloons for the children,” said Louise.