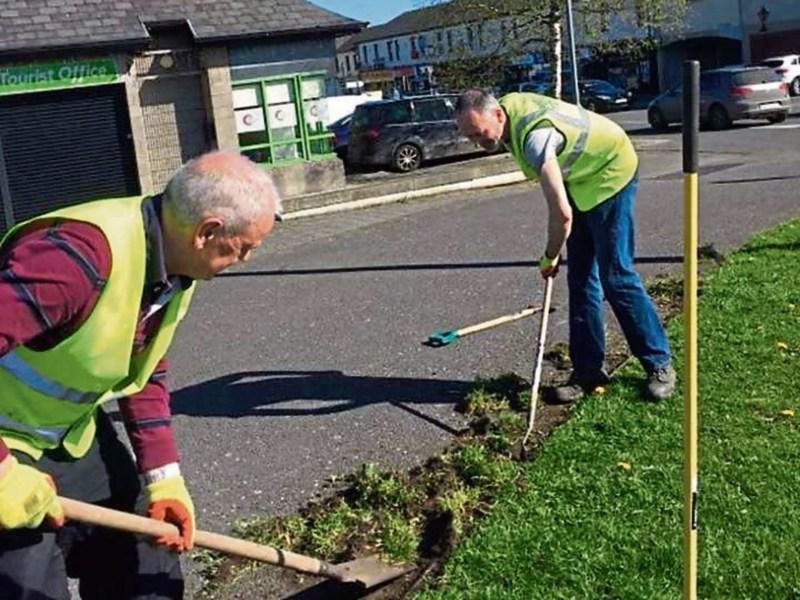 The Laois county town has risen to 4th out of 40 towns and cities surveyed in the latest Irish Business Against (IBAL) Litter anti-litter league rankings.

The result is also Portlaoise's best-ever showings in the survey carried out for IBAL by An Taisce. It is now also among 14 towns deemed to be ‘Cleaner than European norms'.

“Portlaoise continues to improve year on year and had no heavily littered sites in this survey,” the survey found.

Vincent Booth, secretary of Portlaoise Tidy Towns said the volunteers were on a high to have climbed so high in the rankings.

He said the local Tidy Towns group the achievement is notable not just because Portlaoise is up with the country’s tourist towns, but also because the town was ranked at the bottom of the IBAL league in 2010. It ranked as Ireland’s dirtiest town at the time. He praised volunteers and Laois County Council.

“We also have a good and close working relationship with Laois County Council. They have done a lot of work down the years tackling the litter problem and have good workers on the ground,” he said.

He said volunteers meet every Wednesday at 6.30 pm and on Saturdays at 9 am at the People First Credit Union on Lyster Square.

“The individual units were very fresh in appearance and the area immediately surrounding it was spotless, quite a rarity in such facilities throughout the country.

It said Main Street presented well, with all aspects of the area surveyed in very good order.

The only area assessed that did not receive an A grade was Peppers Lane where graffiti, cigarette butts the other litter was highlighted.

Established in 1996, Irish Business Against Litter (IBAL) is an alliance of companies sharing a belief that continued economic prosperity – notably in the areas of tourism, food and direct foreign investment – is contingent on a clean, litter-free environment. IBAL believes all citizens have the right to a clean living environment.