Who got what? Newly elected Laois councillors divide up 83 committee roles 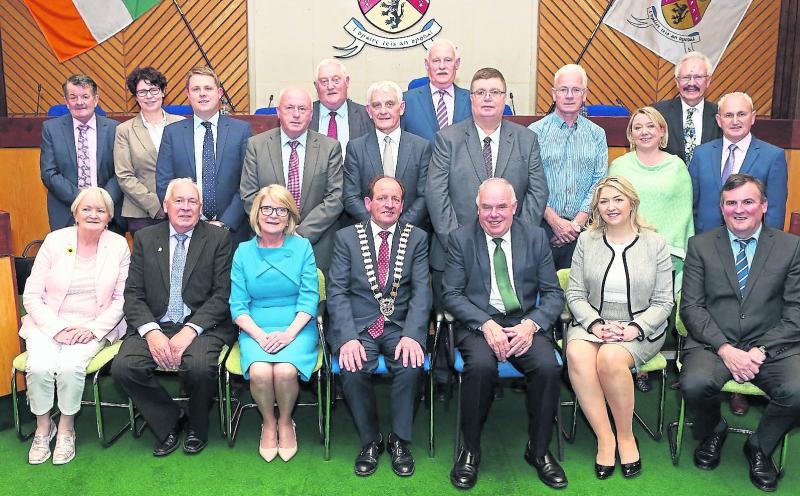 The 19 newly elected Laois county councillors were appointed to 83 different positions on committees at the AGM last Friday.

John Joe Fennelly withdrew his nomination for the Laois Arts Theatre (Dunamaise Arts Centre) to give it to Labour's Noel Tuohy alongside Mary Sweeney and Thomasina Connell.

Three members to Portlaoise Enterprise Centre are John Joe Fennelly, Willie Aird and Mary Sweeney. Three members for the Kyletaleisha Monitoring Committee are Paddy Bracken, Thomasina Connell and Aisling Moran. Questions were raised about this committee as there was no clarification on whether it had met in the last year or not. Director of Services Donal Brennan said it is a valuable committee for residents in the area whether they meet or not.

The technical group made up of James Kelly, Caroline Dwane Stanley, Ben Brennan and Aidan Mullins fought for Mullins' place on the Portarlington Enterprise Centre and Paschal McEvoy withdrew his nomination in favour of Aidan Mullins.

Three members were appointed to the Dublin Mid-Leinster Regional Health Forum Padraig Fleming, Paschal McEvoy and Thomasina Connell. Padraig Fleming and Willie Aird are on the Heritage Forum while Catherine Fitzgerald and Aisling Moran are on the Eastern and Midland Regional Assembly.

Catherine Fitzgerald and Mary Sweeney were appointed to Laois Advocacy Against Domestic Abuse.
Padraig Fleming and Aisling Moran are on the Audit Committee.

Tom Mulhall will attend the AGM of Irish Public Bodies Insurance Ltd while John Joe Fennelly was appointed to the board of Abbeyleix Heritage Trust.

A technical group made up of Independent councillors James Kelly and Ben Brennan, with Sinn Fein’s Aidan Mullins and Caroline Dwane Stanley, fought it out at the AGM for spaces on committees.
Ahead of the appointment of roles, which were mostly being split between Fine Gael and Fianna Fáil who share 13 of the 19 council seats, Cllr Dwane Stanley called for “fairness.”

“I would like to propose that the council would implement what is called the D'Hondt system, basically it’s the rotation of the positions to acknowledge and recognise the proportion of electoral strength of everybody including Labour, Sinn Fein and the Independents in the technical group.

“There are 19 councillors elected to this chamber on a vote of 23,620 first preference votes. Out of the technical group we secured 7,767 first preference votes, that’s 33% of the vote that we secured and I am asking today, unlike the last five years, the technical group were completely sidelined and I am asking that for the two bigger parties that they implement a bit of fairness and transparency and acknowledge and respect the democratic vote that we have on this side of the house,” she said.

Members of the technical group secured nine seats on committees including three for Noel Tuohy. This makes up 10% of the roles. The other 90% were divided between Fine Gael and Fianna Fáil.

Fine Gael, which is now the majority party, took 43 positions on committees while Fianna Fáil claimed 31.