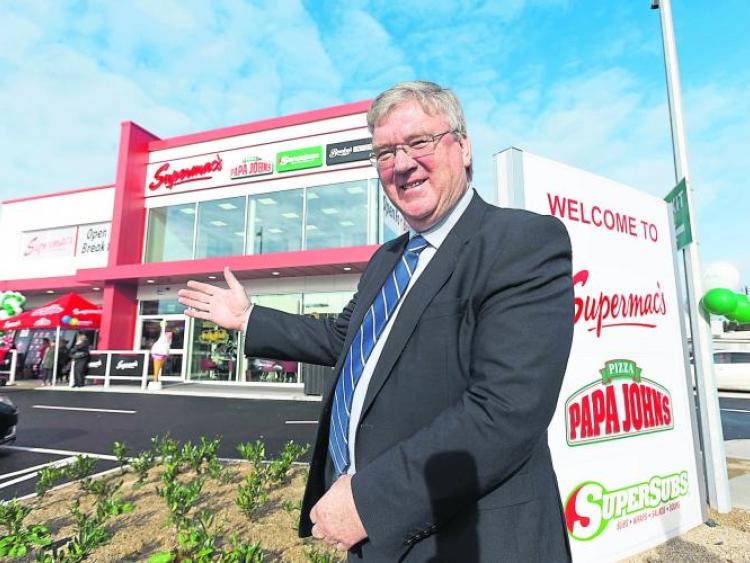 An Bord Pleanala has reached a decision on Supermac's supremo Pat McDonagh's plans to build a Barack Obama Plaza style service station on the Dublin to Cork M7 motorway in Laois.

Plans for the Supermacs motorway stop-off service area at Togher, Portlaoise has been granted permission by An Bord Pleanala with new conditions after months of appeals and planning reports.

Supermac's intends to start construction soon and this will be the second drive-thru Supermac's in Portlaoise. It is understood the project will cost €10 million and could create up to 200 jobs, including 100 construction positions.

The Bord's decision was published on June 25, seven months after it was lodged. Permission was originally sought from Laois County Council in April 2018.

Laois County Council had given Supermac's plan the green light but Applegreen (PetroGas Ltd) appealed this.

The extensive An Bord Pleanala Inspector's Report outlines the plans, the planning history, the appeal by competitor Applegreen which is building a petrol station at Midway Food Court, 150 metres from the Togher Supermac's site and Supermac's response to the appeal. See the report here.

In summary, the Applegreen appeal argued that the need for motorway service area was already met by their new petrol station, they claimed two stations would confuse motorists 'and would cause the Midway complex to fail – from a commercial perspective'.

Supermac's fought back in the long-running battle between the two companies. Supermac's said Applegreen was a competitor with a long history of objecting to planning applications made by competitors.

An Bord Pleanala's Inspector's Report outlines reasons for granting permission including the Laois County Development Plan 2017-2023 which planned a petrol station at this site.

Pat McDonagh told the Leinster Express he was 'disappointed' that the plan was pushed back by appeals. 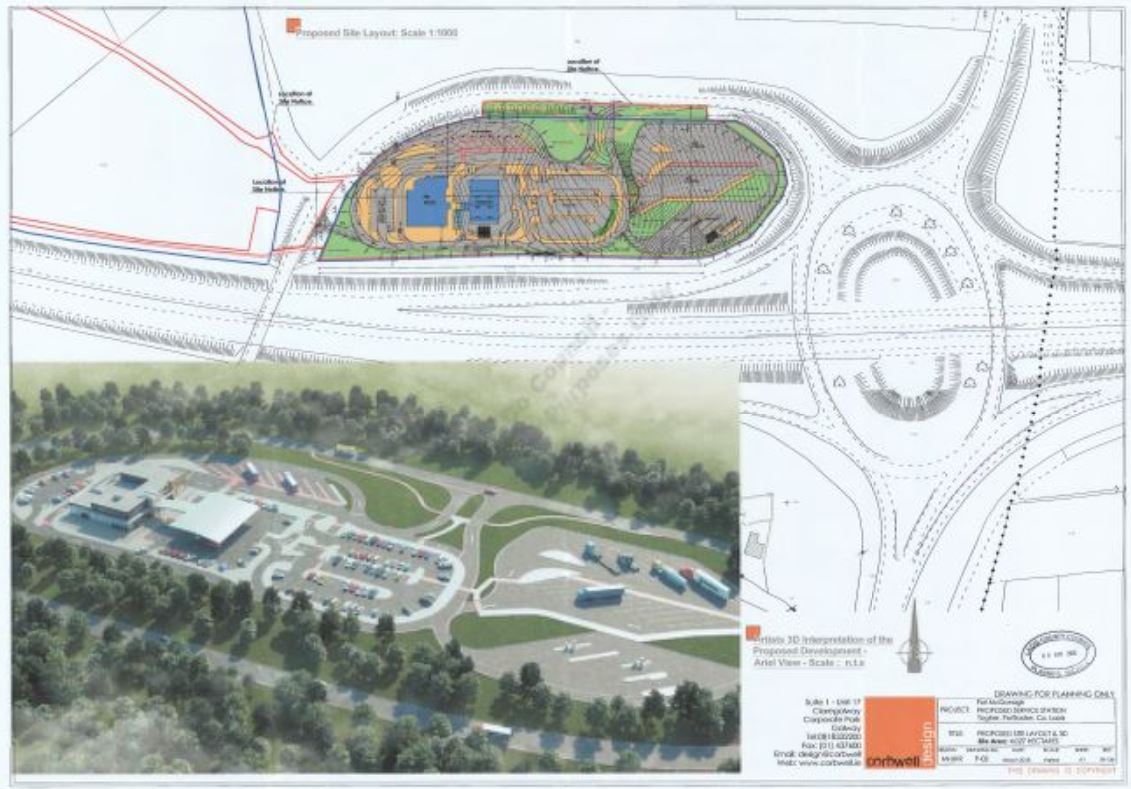 The planning conditions state that the total shop floor area is not to be more than 100 square metres and it cannot be sub-divided.

Some signage has to be left out of the plans to 'avoid visual clutter' in the interest of visual amenity, and to remove potential distraction for motorists on the adjacent M7 Motorway'.

A new pedestrian crossing will be created on the L26965 county road in the interest of pedestrian and traffic safety.

Ten bicycle-parking spaces will be provided within or adjacent to the forecourt area. This is a condition to encourage cycling as a means of transport for employees and to serve the needs of cyclists in the area.

The developer will have to submit a Construction Environmental Management Plan outlining details of waste management, water run off, fuel, signage, traffic and more during construction.

Hours of construction will be limited to 0700-1900 Monday to Saturday inclusive but excluding any bank holidays.

Floodlighting of the site shall be arranged, so as to not cause glare to users of public roads adjoining the site – in particular the M7 Motorway and Junction 17 interchange.

All service cables associated with the proposed development (such as electrical and telecommunications), shall be located underground.

The proposed development from Supermac's includes a two-storey building with a shop, a food court on the ground floor with toilets and seating on the first floor. It will have a ‘Drive-thru’ fast-food facility, filling pumps, bicycle parking, electric car charging, rainwater harvesting and foul waste discharge to planned foul sewer network within the Togher National Enterprise Park lands.