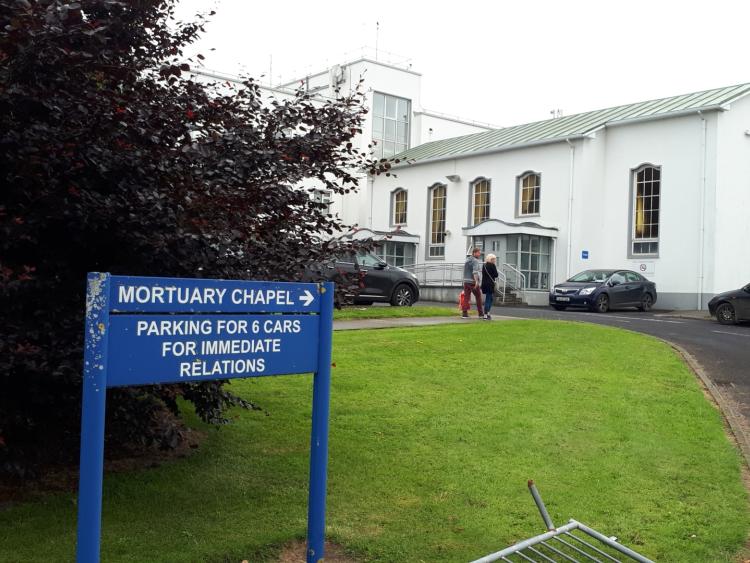 Midlands Regional Hospital Portlaoise faces the loss of its mortuary chapel in a new plan by the Health Service Executive to convert it into staff offices.

The HSE says that the chapel is unused and that investing in its conversion will free up space elsewhere for clinical rooms.
However, Portlaoise Hospital Action Group has described the plan as “another way of downgrading the hospital” .

The HSE has publically notified its intention to seek planning permission to change the use of the 'vacant' former Catholic chapel, to provide meeting rooms, conference space and offices as well as ancillary accommodation over two levels.
It intends to build a first floor in the chapel, a protected structure.

Tommy Timmons is chairman of Portlaoise Hospital Action Committee. He said the chapel is still in use as a mortuary "for all religions".

"We will strongly object. This is another way of downgrading the hospital, taking away the chapel of rest. They are doing it bit by bit,” he said.

“Where will people go? Not everyone can afford a funeral parlour. Portlaoise would be the only hospital in Ireland without a chapel of rest I'd say," he said.

Mr Timmons said his committee met the General Manager of Midlands Regional Hospital Portlaoise Michael Knowles a fortnight ago.
“He said it was going to be an outer office for kidney dialysis. that would have been no problem. He never mentioned this. We are going to object. We have contacted nearly every councillor in Laois about it," Mr Timmons said.

A spokesperson said that the HSE aims to create more space in the Administration building.

Part of that building which was the nurses quarters, is already used for clinical purposes such as rooms for hospital consultants.

"Portlaoise hospital has an ongoing campus development programme to address immediate and long terms needs of the hospital. This involves better utilising the existing infrastructure to create more improved and additional clinical spaces by relocating office space," the spokesperson said.

The reconfigured space will be linked back to the existing Administration Building via a new gazed two-storey link with a new entrance on the ground floor.
The work will involve the demolition of two existing porches to allow for some restoration work.
Public submissions can be made on the plan over a five week period at the planning offices in Laois County Council.