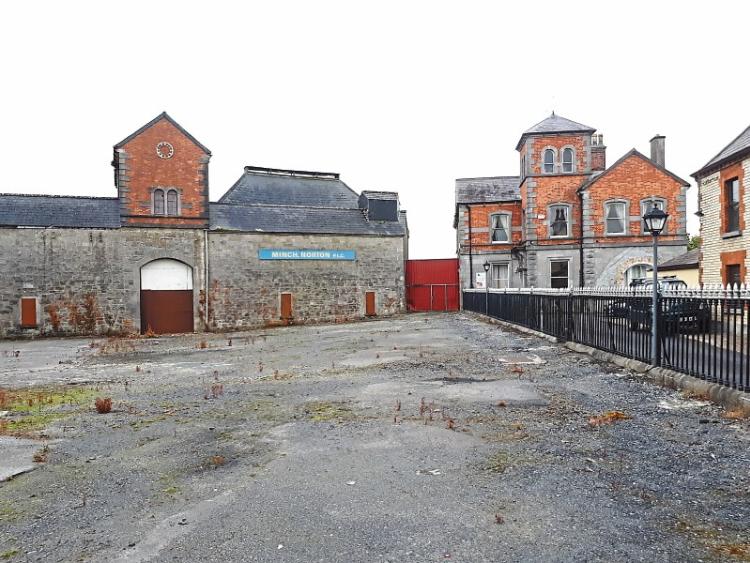 Greenlight for plans to build 40 apartments at landmark Laois site

Plans for a three-storey block of 40 apartments for independent and assisted living for the elderly and people with disabilities have been given the green light by Laois County Council at a landmark Portlaoise site.

The project includes the construction of a single detached three-storey block and will be located at The Maltings site, Harpur’s Lane in Portlaoise.

The Maltings and Granary Ltd have been given the go-ahead by the planning authority to develop land at Harpur's Lane which is part of the Minch Norton Maltings site buildings which were once the subject of an €84.5 Anglo Irish Bank loan.

21 conditions are attached to the planning approval. The conditions refer to waste and water management on the site, the proposed development is not to interfere with existing road or land drainage, lighting should be LED with a 10-year warranty and the noise level during construction is to be limited among other conditions.

Permission is also granted for a so-called 'spine road' which will serve the development and future development of the wider landholding.

The way was cleared for the extensive development of the landmark site when it was rezoned in the Portlaoise Local Area Plan.

It was rezoned by Laois County Council from residential to mixed-use in order to open up the opportunities for the owners to develop on the site.

The details of the planning application by include construction of a single, detached, three-storey block (Block 1) containing 40 two-bed apartments for Independent and Assisted Living for the Elderly & Disabled.

In their 2018 submission made on the Draft Local Area Plan, Mr Pat Flanagan said plans may be in the pipeline to develop housing and offices at the landmark site.

Mr Flanagan confirmed to the Leinster Express in 2017 that he was a director of Maltings and Granary Ltd and a masterplan was being drawn up.

The brothers previously tried to build a residential development on part of the site.

A previous builder had planned a nine-story development in 2006, but the plans fell through due to the economic crash.

A shopping centre was planned for the site during the boom.