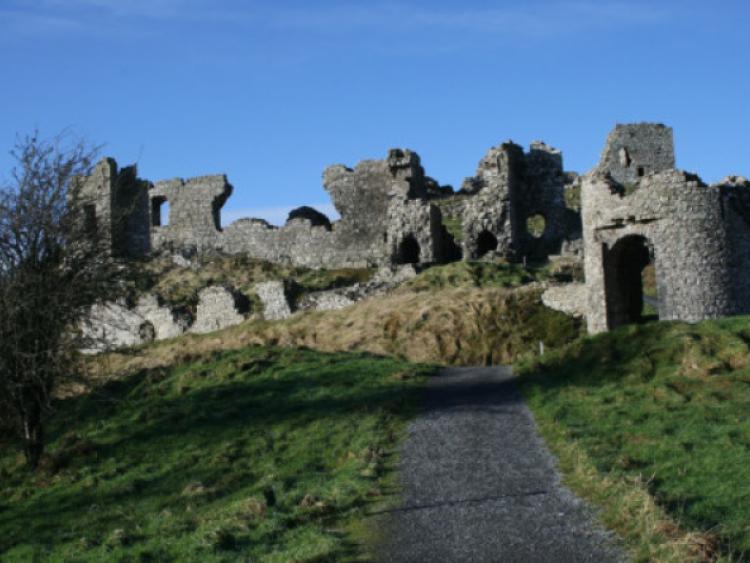 The flow of traffic going to and from the Rock of Dunamase in Laois from the N80 Portlaoise to Stradbally road need to be re-routed according to a councillor.

Cllr Tom Mulhall tabled a notice of motion at the Portarlington/Graiguecullen Municipal District meeting asking Laois County Council to relocate the sign for the Rock of Dunamase on the N80 from the local road (The Rock Lane) to the 'more direct' route at Grange Upper.

He said when facilities like a car park are developed, a better road will be needed for visitors.

“There is a lot of work going to be done providing more car parking spaces at the Rock of Dunamase and toilet facilities.

“This came up in relation to cars coming up The Rock Lane, the lane is too narrow and there is no space to pull in and I am asking for it to be moved up from that area to Graigue Upper which is a road that is in better condition and maybe further work can be done on that Grange Upper road.

“It will bring you directly if you have buses coming from the N80 straight up to the Rock of Dunamase, if you are coming in the Rock Lane you are coming in behind it. The residents along Rock Lane are not terribly happy with the volume of traffic that is going up that way on a very local road,” Cllr Mulhall said.

Laois County Council said there are two directional signs at the existing junction on the N80 for the Rock of Dunamase and that they are located in the Portlaoise Municipal District. It said the request will be reviewed in consultation with the Portlaoise area engineer.