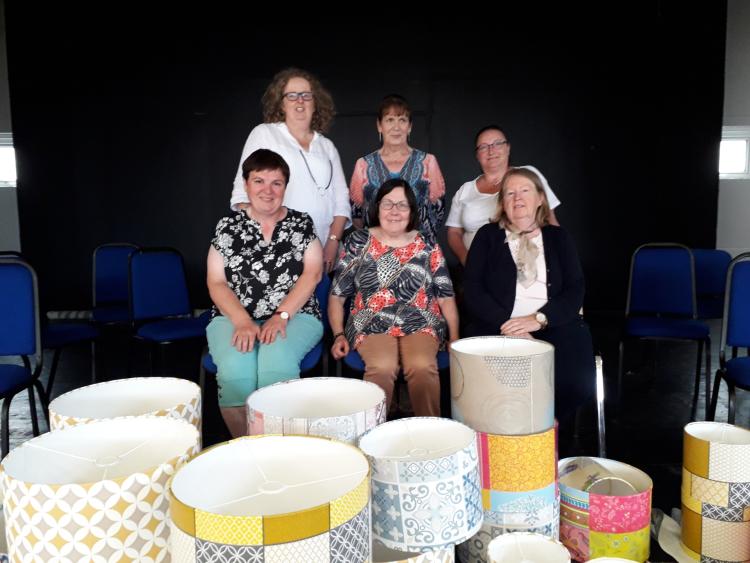 A group of Laois ladies volunteered their time, and risked a few blisters in the process, to create 110 decorative lampshades which are being used to dress up Portlaoise Main Street as part of a colorful initiative ahead of the Electric Picnic.

Voluntary tutor, Lorretta Dunne explained that the group started out as a knitting class some five years ago, but this has now been expanded to a crafting class. 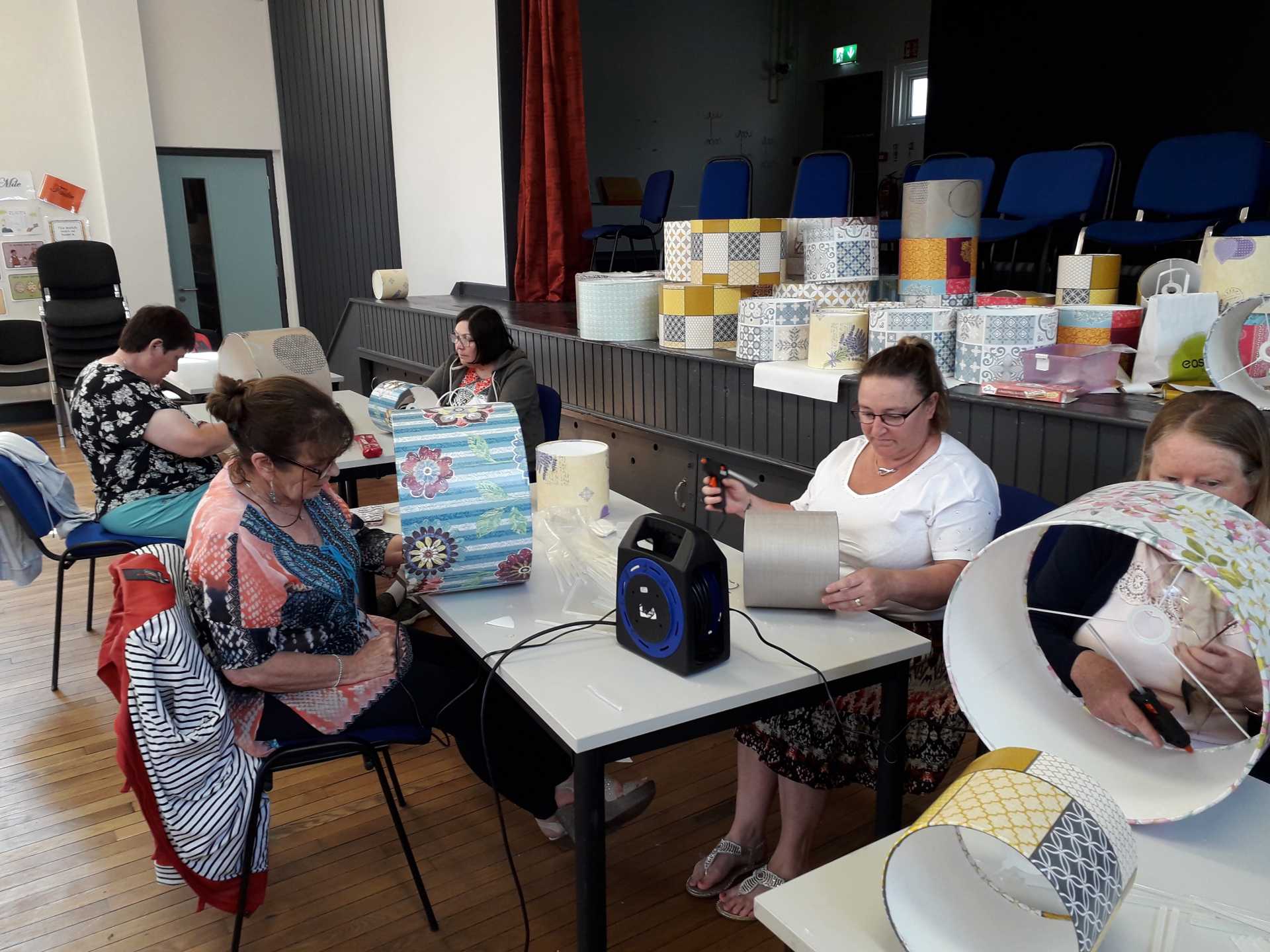 The five ladies were working all last week to get the lampshades ready for public display.

Lorretta said that none of the ladies had ever before made a lampshade and several of them had never used a glue gun before, but all took to the project with enthusiasm and skill. The work was not without its hazards, however, with a few volunteers suffering  minor burns from the glue gun.

The group previously yarn-bombed the LOETB centre for Christmas last year, and decorated the centre car park and down along Tower Hill using lampshades. They also created little hearts which were sold for 50 cents each, with all money raised going to the Cuisle Centre.

The friendship  is evident among the women, with Agnes Barnaville so passionate about crocheting that she has even given a few classes to the others.

“We are the loudest class, we laugh, we cry, we do everything,” said Lorretta.

Now completed, the lampshades are being used to adorn the top of Main Street, from Gerry Browne Jewellers down as far as Jermiah Grant's. 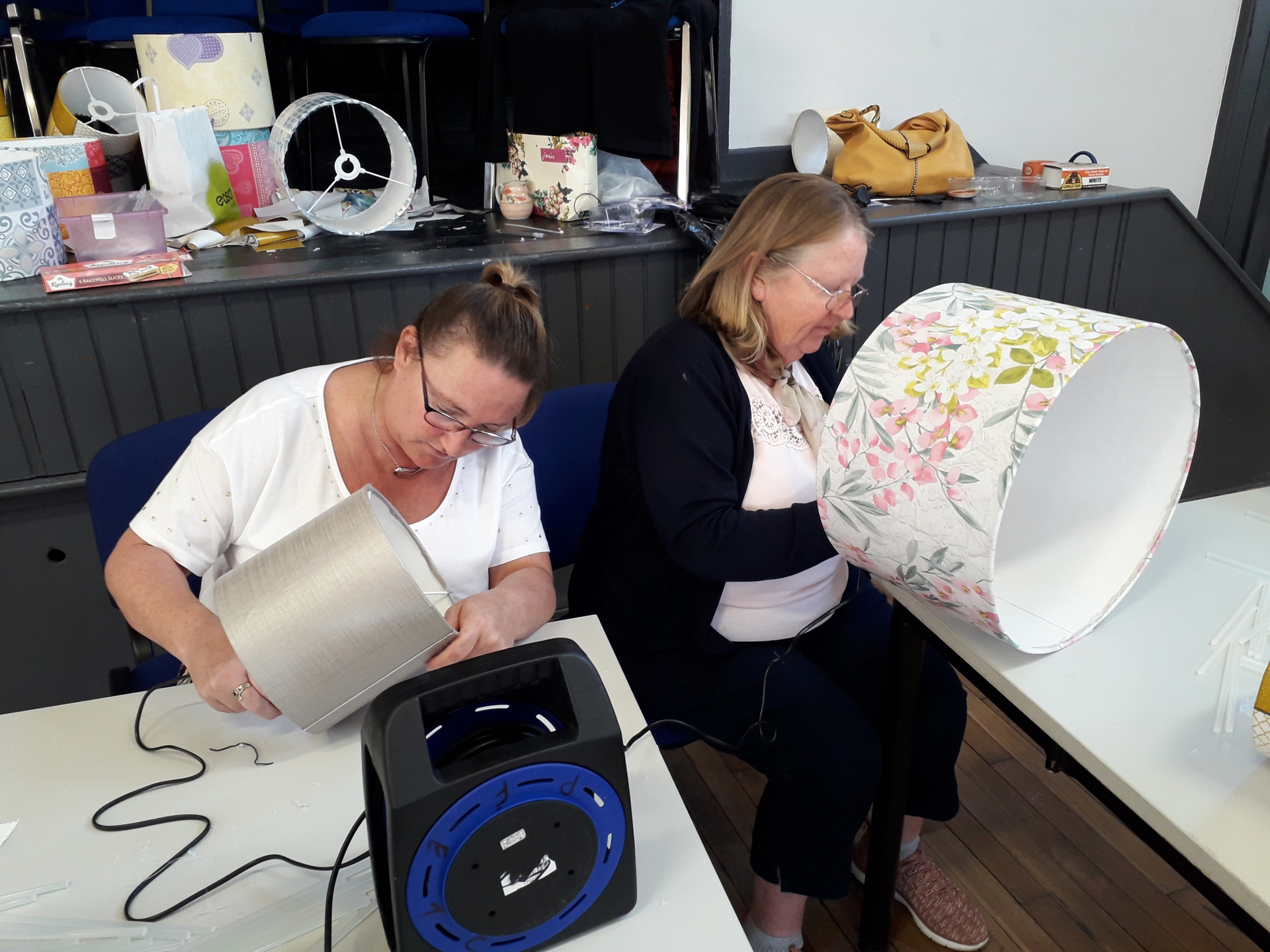