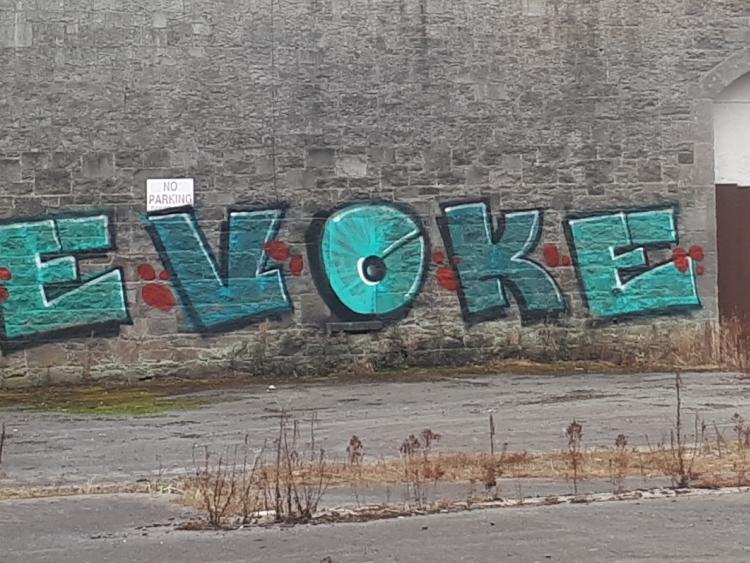 Grafitti has been sprayed on a well known building in Laois that is now vacant.

In five foot high green letters, the word 'evoke' has appeared on the stonewalled front of the former maltings factory on Coote Street in Portlaoise.

The letters EDSK is sprayed beside the artwork, perhaps a signature similar to the world-famous Banksy.

The maltings opposite Portlaoise train station closed in the early 2000s and was sold for development. It had operated since 1866, offering a lifetime of work to many locals. It is understood to be a listed building.

The question is, is this art or is it vandalism? 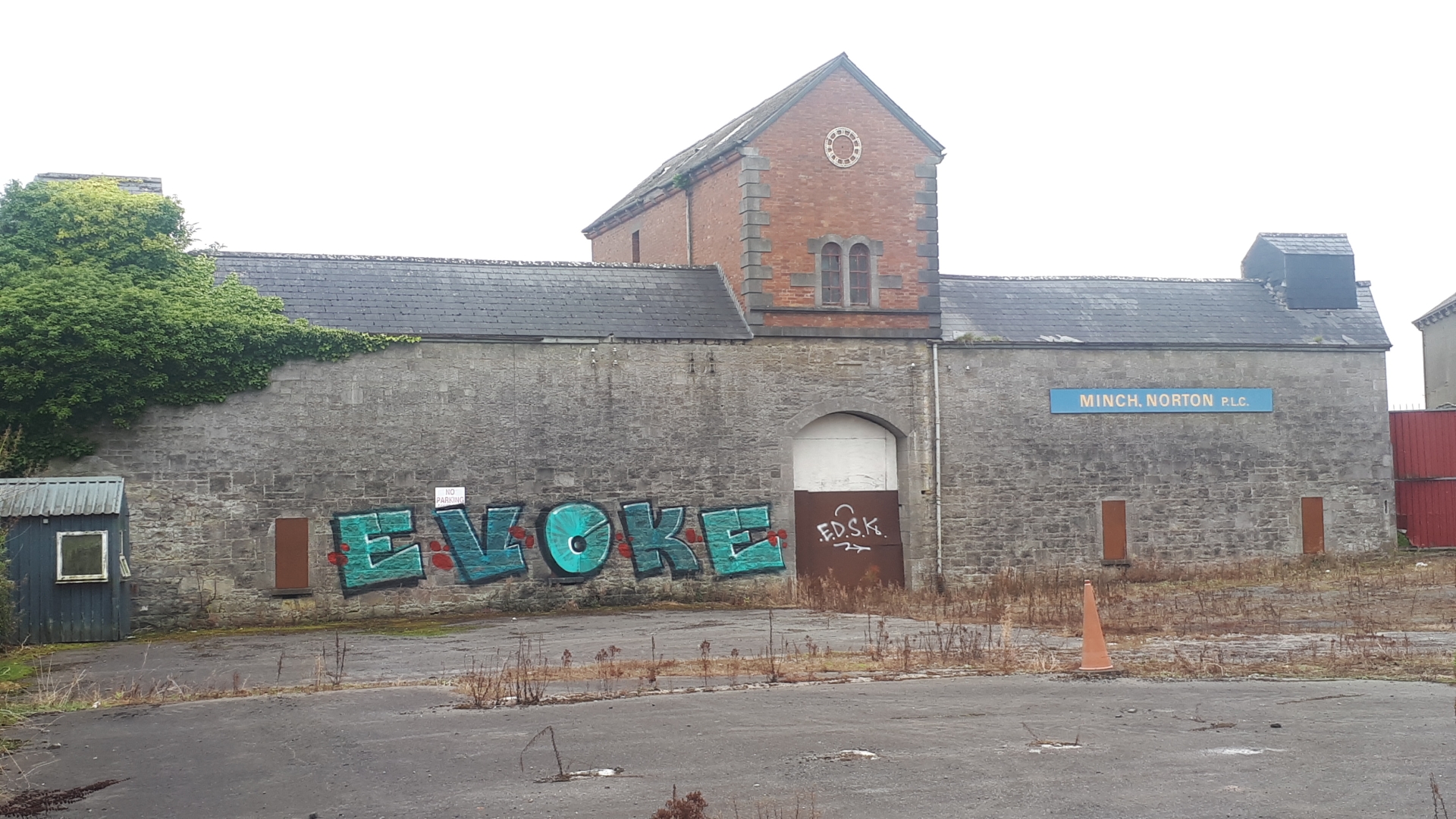