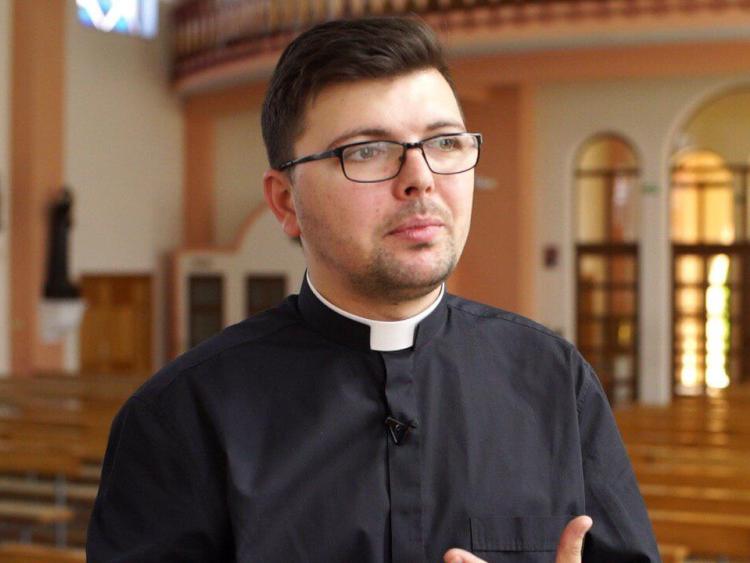 A new priest has taken up the role of curate in Portlaoise Parish becoming the ninth priest from abroad to join the Diocese this summer.

Fr Ciprian Matei from Bucharest in Romania is the latest priest to become a curate in Portlaoise Parish. He was ordained in June 2014 and has served as curate in St Padre Pio Parish in Constanta, Romania.

He has also served as assistant chaplain at Mihail Kogalniceanu military airbase near Constanta in Romania and has assisted Nigerian students in Constanta since 2014.

The Kildare and Leighlin Diocese welcomed its ninth priest from abroad this summer with the arrival of Fr Ciprian Matei to Portlaoise.

Following the tragic death of Fr John Cummins in Abbeyleix in January this year, Fr Paddy Byrne moved from Portlaoise to become Parish Priest of Abbeyleix, Ballyroan, Raheen and Shanahoe in July. Fr Ciprian Matei has now moved into the position in Portlaoise.

Portlaoise Parish is also home to Ireland's youngest priest Fr David Vard from Newbridge who has been a curate in the town since August 2017.

Delighted to welcome Fr. Ciprian Matei (Archdiocese of Bucharest) to Bishop’s House today, who has arrived to @KANDLEi to take his appointment as curate in @PortlaoiseParis @DavidVard @CathNewsIreland pic.twitter.com/b6rTaaJ3R2

Warm welcome wishes have been shared on the Portlaoise Parish Facebook page too.