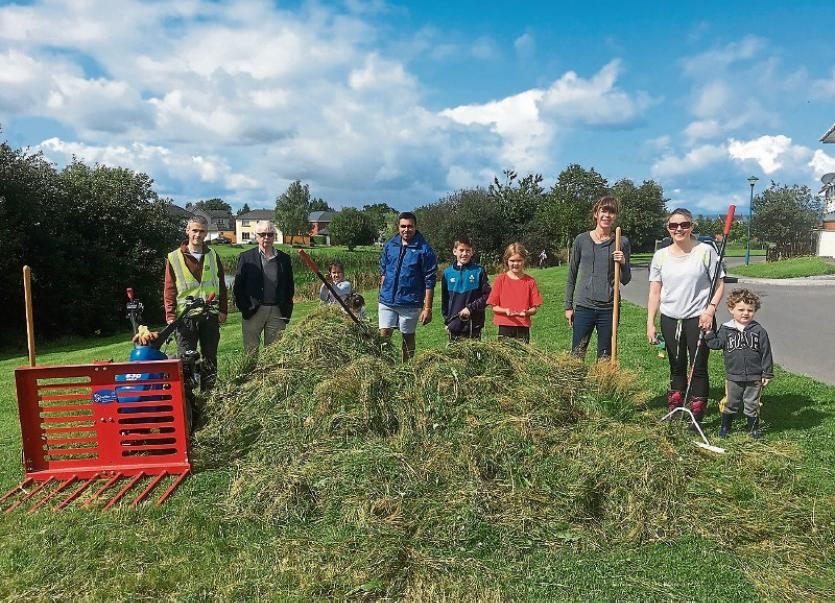 Portlaoise's wildflowers and wildlife are thriving this autumn after a summer of careful meadow growing by Laois residents supported by Laois Offaly Wildlife Trust.

Meadows were recently cut for hay the traditional way to promote biodiversity, in Heathfields, Kilminchy and Portlaoise GAA Club, by lots of willing volunteers.

The Kilminchy community created a large new meadow beside their lakes this year, and the trust reports that it is thriving with amphibian life.

“We all couldn't get over the number of young frogs in the grass which just goes to show how important this habitat is for a wide range of wildlife,” they said.

“We cut the grass using our power scythe and the volunteers raked and lifted the grass off the meadow for collecting,” the trust say.

Volunteers will now spread wildflower seed they collected last July to aim to increase wildflower diversity in the years to come.

The next event for Laois Offaly Wildlife Trust in October is to partner with Abbeyleix Bog Project to continue the fight against the invasive Rhododendron shrub, volunteers welcome.

Ricky spoke on The Changing Fortunes of Irish Birds to a large attendance.