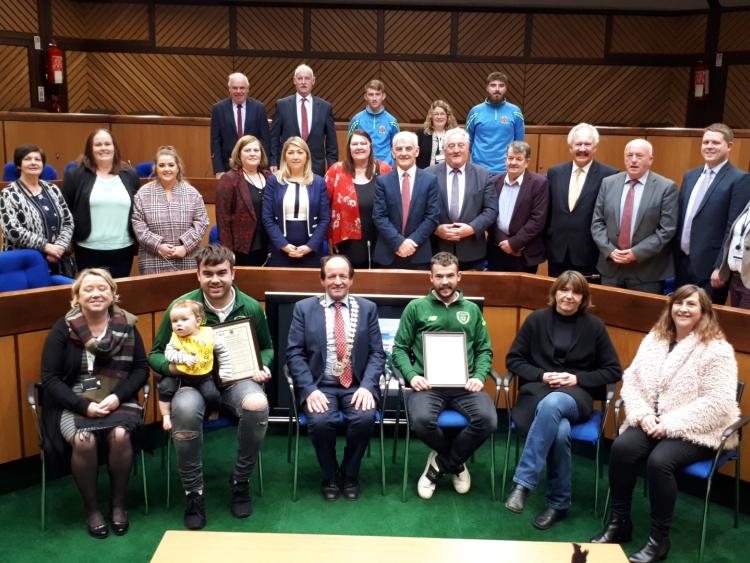 Two young Portlaoise men who played on the winning Irish team at the Homeless World Cup in Cardiff this year, have been honoured by Laois County Council.

Ethan O’Reilly and Shane Lamb are players in the Portlaoise Street Soccer league and were selected to play on the Irish team. Ireland went on to win its first ever trophy in the Homeless World Cup and the pair will soon receive their Ireland Caps.

Ethan who attended council chambers with his girlfriend Gina Ryan and baby son Ódhran, spoke about becoming homeless at the event.

“As a teen I was a very angry person. I fell out with the people who loved me the most. I stayed with friends and they brought me to play in the street league. Then I went to Dublin for the Ireland tournament and I got picked,” he said.

Ethan began training in earnest then he said.

“Six months of torture followed, Shane is fitter than me. Fellas I never thought I’d talk to, it was incredible the camaraderie and brotherhood we found,” he said.

“In Cardiff from we got off the plane it was unbelievable the support we got. To see so many countries playing in one place, and to bring home a trophy, was incredible.

“The support of my family and friends was unbelievable. I wouldn’t change a thing,” he said.

The two young men were presented with certificates of achievement by Cathaoirleach Cllr Willie Aird.

“You’ve done us proud. You are great ambassadors for Laois,” said Cllr Aird.

“Very well done on being picked for the international team, and to Laois Sports Partnership for organising it,” said Cllr Kelly.

At the event in Wales, teams almost 50 countries competed in eight trophy competitions, two for women and six for men. Ireland won the Men’s Glyndwr Cup.

The event is aimed at harnessing the power of sport to transform the lives of people experiencing homelessness and social exclusion. Street leagues share the same aim.

Laois has a good track record of players representing Ireland in the competition. Four years ago four Portlaoise players played on the Ireland team, all also receiving Ireland caps.

Below: Ethan with his girlfriend Gina Ryan and son Ódhran. 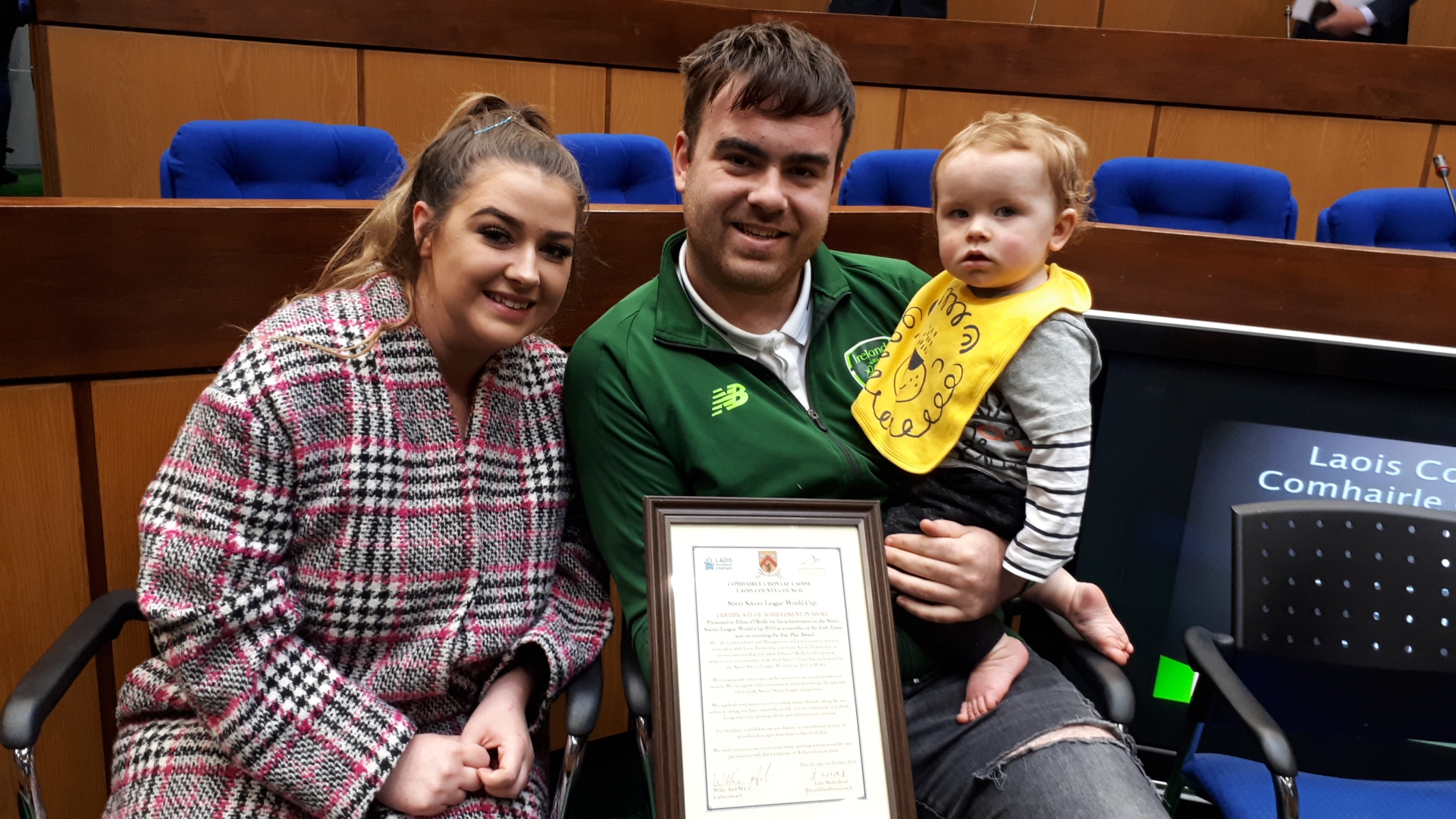