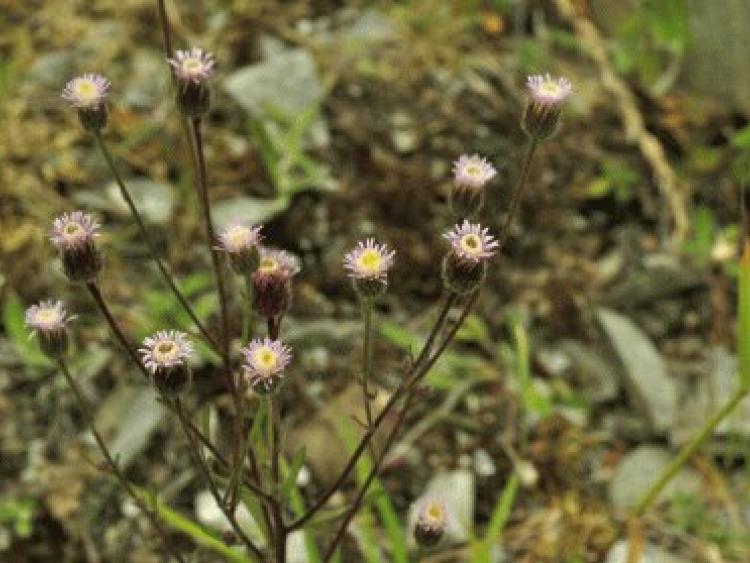 Any damage to a rare Irish wildflower in Portlaoise must be assessed before Laois County Council can spend €650,000 developing a river walk for cyclists and walkers in the town.

Laois County Council Director of Services Simon Walton updated councillors on the progress of the Triogue Blu Way in reply to motions from Cllr Catherine Fitzgerald and Cllr Thomasina Connell.

"Funding for the Triogue Blue Way (€650,000) was approved in late 2018 and approved in mid-2019 under the Urban Regeneration and Development Fund," he said in a written reply at the Portlaoise Municipal District meeting.

Mr Walton said the Triogue Blue Way will be a walkway and cycle path that extends from Greenhill Lane and Triogue linear Park through Portlaoise to the Portlaoise Southern Circular Road.

He said part of the route of the Blue Way is beside a proposed natural heritage area, The Ridge of Portlaoise. He outlined the need to assess its impact.

"Ecological assessments and information gathering have been ongoing since 2018 with a view to developing plans for the Blue Way that avoid, minimise and/or mitigate impacts of the Blue Way on the Blue Fleabane, a rare plant species and one of the principal reasons for the designation as a natural heritage area," he said.

It is described as a "slender, erect, hairy plants" that reaches 60 cm high that flowers from June to August. It is a native plant and it belongs to the Asteraceae family.

Mr Walton did not indicate that the plant's existence would be an obstacle. He said a brief for the appointment of consultants to advance the detailed design of the Blue Way has been prepared and the detailed design will progress over the first half of 2020 with a view to applying for planning permission by mid-2020.

Cllr Fitzgerald welcomed the news and offered the help of councillors

"It is a fantastic project for Portlaoise," she said.

Cllr Connell was also happy with the progress.

"A lot of people want to cycle and it is great for our carbon footprint," she said.

Cllr Willie Aird welcomed the proposed natural heritage area for the Ridge of Portlaoise. He lamented the damaged that had been done in the past.

The Wildflowers of Ireland website says the Blue Fleabane is not easy to find in Ireland as it is confined to banks, sandy soil, disturbed places and walls towards the south-east.