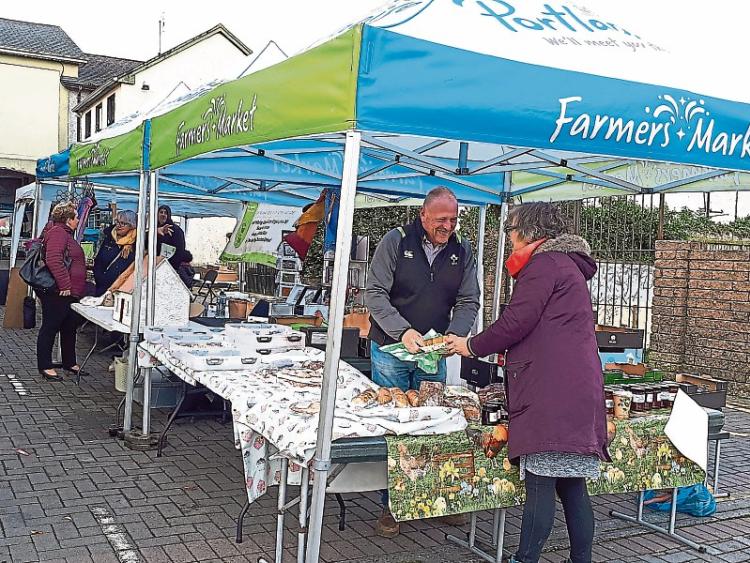 The new market in Portlaoise on Lyster Square has been made legal despite reservations that it will impact other businesses in the town.

Under the bye-laws, 30 market stands will be available to stall holders along Peppers Lane in Portlaoise. A total of 15 stalls, in use for a number of months in the town, have been ratified as permanent trading stands. The 15 stalls on Market Square remain designated for trading.

Trading will only be allowed between 8am and 3pm each Friday or other days and times approved by Laois County Council.

A total of three submissions were made to the council during the consultation process .

Portlaoise’s Traders made a submission. A summary said the Downtown Portlaoise Committee said it supports the bye-laws but highlighted the impact on parking by occupying spaces for a considerable time in a day.

The council responded by saying no exemptions will apply for traders in respect of parking on Lyster Square in any other parking area.

A summary of a submission from Daly’s Seafood Shop proposed a prohibition of sale of fresh fish due to a drop in sales from its shop on Fridays.

In reply, the council said the market would increase footfall in the town centre resulting in benefits to all traders.

While the council said that it would consider the fact that a market stall is selling similar product to a shop, it said this could not be a sole disqualification factor. It said the bye-laws do not include a prohibition on fresh fish.

In a summary of their submission, the council said the Laois Older People’s Forum highlighted the proposed location in Lyster Square raised concerns over extra vehicle and pedestrian traffic. It said this increases the risk of accidents and falls. It called for extra age friendly parking bays and signs.

In reply the council said it is advancing plans to improve access for pedestrians, cyclists and the mobility impaired on Lyster Square. It said more extra age friendly parking bays and signs would also be examined.

The councillors welcomed the bye-laws as outlined by Georgina Ireland, Administrative Officer in the Roads and Transportation section. Some reservations were raised about the impact on the fish shop and traffic, but the bye-laws were adopted and come into force on January 1.