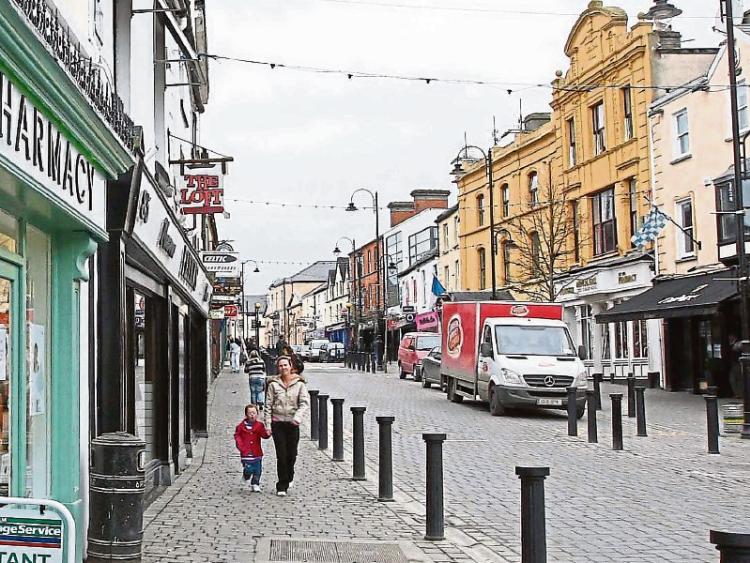 A derelict house and litter at the train station were the only two items keeping Portlaoise from a top score in the latest IBAL Litter League.

A badly littered vacant house in Portlaoise was given a C score by judges in the league published on January 6, while the train station exterior was also criticised.

Portlaoise is ranked seventh out of 40 Irish towns in the league, and is one of the 12 towns deemed “cleaner than European Norms’. It has dropped from fourth position last June.

Portlaoise was graded on ten locations, and won eight A grades, one B and one C grade, for the condition of a derelict house opposite the Midlands Park Hotel on Coote Street.

“This boarded up property has clearly suffered long-term abuse and neglect. Not only does it present poorly but heavy levels of a wide variety of litter items have accumulated behind the railings,” An Taisce inspectors noted. 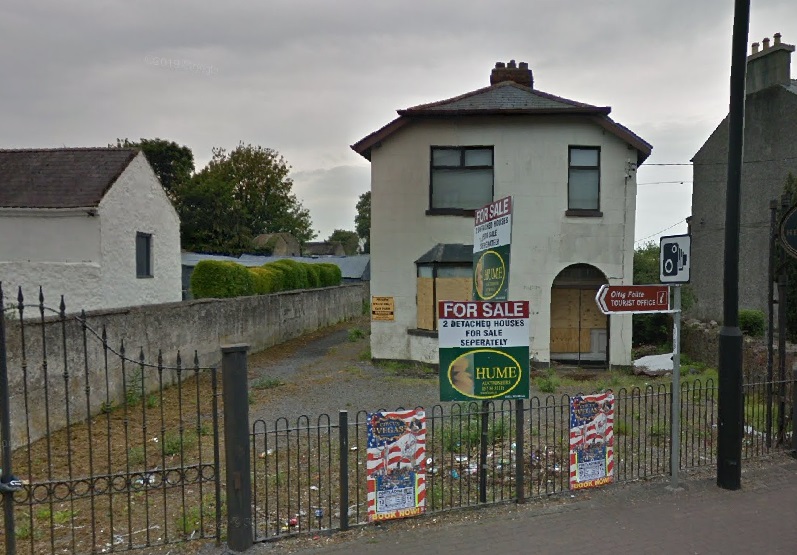 “This is on private property so we can’t go in to clean it up. I appeal to the owners to clean it. It is letting the town down and affecting our results. Something has to be done, most of the town is looking so well,” he said.

The exterior of the train station also affected the overall score.

"There was no denying the litter scattered about the exterior of the station – the majority of it was food related. Some of it was trapped beneath parked bicycles, as well as the open space by the entrance."

In 2010 Portlaoise was listed as the dirtiest in Ireland by IBAL. A big effort was put in since by Portlaoise Tidy Towns, traders and Laois County Council.

“It gives our young people a great sense of pride and ownership when they come home at Christmas they remark how clean the town is, officially cleaner than most European towns, it gives them a great lift,” he said.

He aims to win the title.

“There is no reason why Portlaoise can’t be the cleanest place in Ireland. We won’t stop until we get there,” he said.

He thanked Laois County Council for their support.

“The council give us magnificent support. We pick up the litter and they take the bags. We have plenty of Tidy Towns members but we always welcome more, just call to me in the jewelry shop,” he said.

An Taisce Report – IBAL Anti-Litter League, Round 2, 2019
Portlaoise: 7th out of 40 towns / cities surveyed. Cleaner than European Norms.
With eight out of the ten sites getting the top litter grade in Portlaoise, the town has maintained the progress made in recent years. The Main Street, Hinds Square and Fitzmaurice Place (the amphitheatre has been removed and the area reconfigured) all presented well and were very good with regard to litter.

It was also noted that Pepper Lane was a much improved site on previous surveys. By far the most heavily littered site in Portlaoise was the Derelict Building opposite Kelly’s Steakhouse / Midland Bank Hotel where heavy levels of a wide variety of litter items had accumulated behind the railings.

R445 Approach Road (from direction of M7): Grade A. Road surface / markings / signage were in very good order along this route. The adjoining grass areas were well maintained. It presented a clean and tidy impression with a virtual absence of litter throughout.

Pepper Lane: Grade A. This very narrow laneway is in better shape than previous IBAL litter surveys. Several of the outlets along the laneway appeared to be closed down. Overall, it was deserving of the top litter grade but clearly it is an area which needs constant attention.

Fitzmaurice Place: Grade A. (former amphitheatre) The amphitheatre space has been completely re-configured, resulting in an open space with a sculpture, low planting and ornamental trees. It was excellent with regard to litter.

Portlaoise Train Station – Interior: Grade A. A freshly presented environment with signage, seating, bins and facilities in very good order - there was a virtual absence of litter.

Portlaoise Train Station – Exterior: Grade B. There was no denying the litter scattered about the exterior of the station – the majority of it was food related. Some of it was trapped beneath parked bicycles, as well as the open space by the entrance.

Derelict building - opposite Kelly's Steakhouse/ Midland Bank Hotel: Grade C. This boarded up property has clearly suffered long-term abuse and neglect. Not only does it present poorly but heavy levels of a wide variety of litter items have accumulated behind the railings.

Main Street: Grade A. The overall presentation of the Main Street was a good one with ‘olde’ style streetlamps, bollards, paving, seating etc. in good order. There was a virtual absence of litter throughout.

Hinds Square: Grade A. Much of this small retail environment presented well – it was largely litter free. Attractive paving and colourful planting were welcome features.

Midlands Park: Grade A. Fairly recently reconfigured streetscape has resulted in an attractively presented environment – there were no visible litter issues.

M7 connecting Road to Newbridge: Grade A. An excellent stretch of road in terms of presentation and litter. 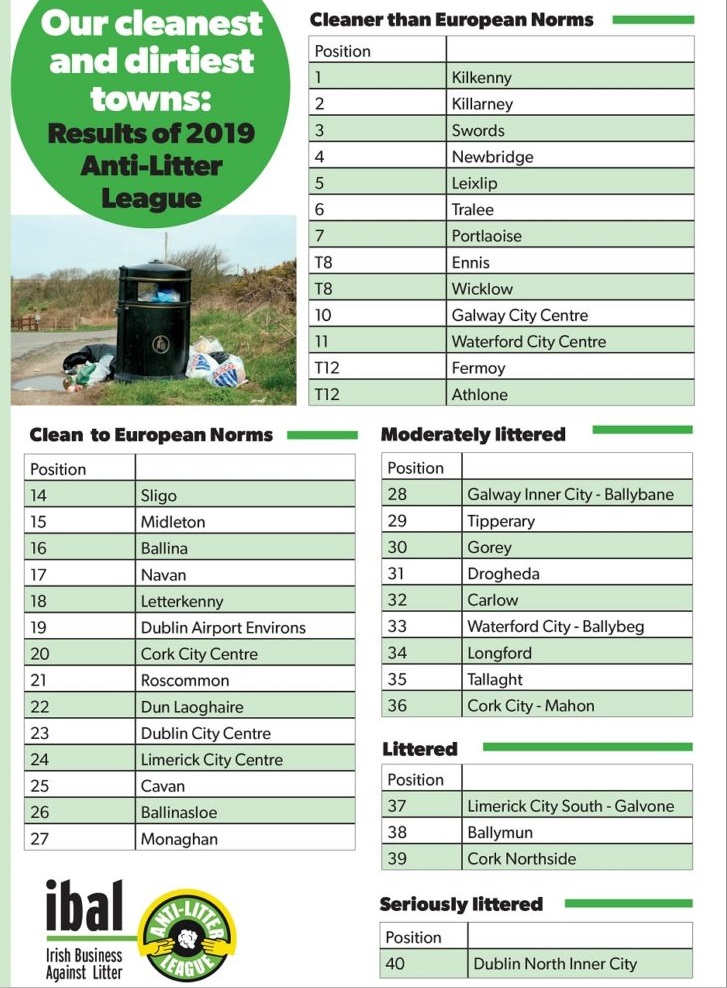