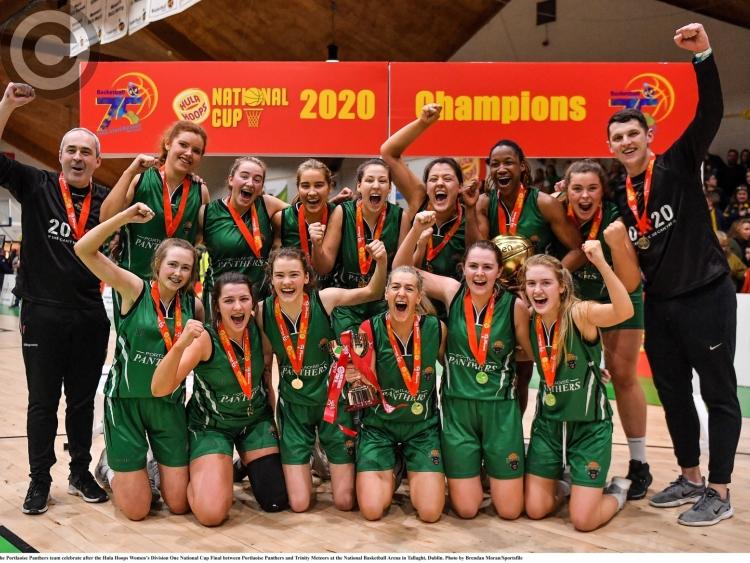 Portlaoise Panthers rounded off a massive week for basketball in Laois by winning a second national cup title of the weekend just days after Portlaoise's Scoil Chríost Rí scooped a schools national title.

The Panthers Hula Hoops Women’s Division One National Cup final on Sunday afternoon after a 75-71 point win over Trinity Meteors.

The Division One trophy will now head down the M7 where it will join the U18 trophy that Panthers won on Friday evening. Another national trophy winged its way to Portlaoise last week after the Scoil Chríost Rí senior basketball girls team claimed the All-Ireland Schools Cup 'A' title with an impressive victory over Our Lady of Mercy, Waterford.

Speaking after the wins, head coach Peter O’Sullivan was overjoyed saying it was another "brilliant performance, a brilliant day and a brilliant weekend!".

"It’s a massive achievement for the club - two National Cups in one weekend - and it’s been building and we are just delighted to get the two wins," he said.