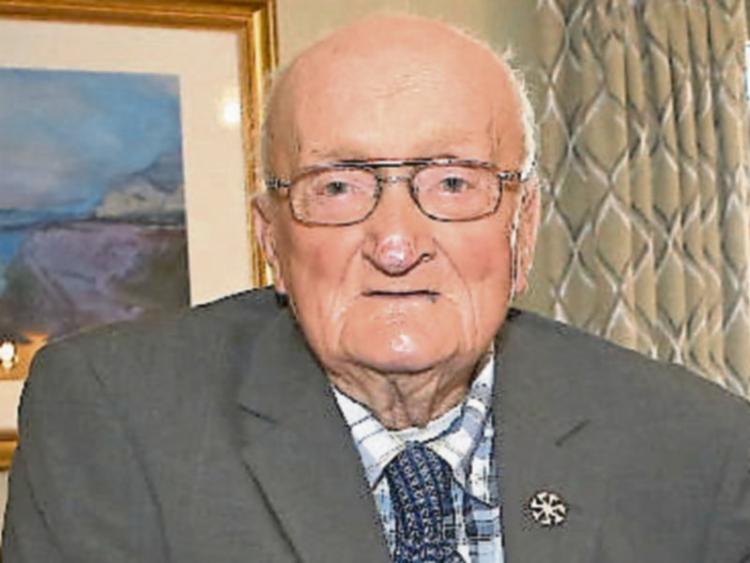 Joseph (Joe) Ryan, Abbeyleix Road, Portlaoise, who died on Sunday, was small in stature, big in personality, and gifted with his hands.

In his 91st year, he had been unwell for a period. His death has occasioned deep sadness not alone in his family, but also among his many friends, especially those in the vintage rally movement.

He was a regular at those rallies, with his mechanical apple peeler, warm smile and quick banter. He even performed at National Ploughing Championships.

A son of Denis and Catherine Ryan, Joe, with his 11 siblings, was reared in a cottage on Abbeyleix Road. He established his own home in a bungalow built behind that cottage.

After qualifying as a mechanic in Conroy’s Garage at Bridge Street, Joe worked as a petrol pump technician before taking up employment in the County Council machinery yard at Dublin Road. Later, he set up his own lawnmower retail and servicing business.

Gifted with a creative brain and dexterous hands, he could make novelty and practical items. In his front garden, for example, was a clock that he claimed was the largest in Portlaoise. He even manufactured his own tricycles, complete with gears.

Great company, Joe enjoyed a chat and a jar and a game of cards, and behind the fun was an incisive intelligence. With him has passed yet another old part of Portlaoise.

Memorial Mass for Joe will be celebrated at a later date.