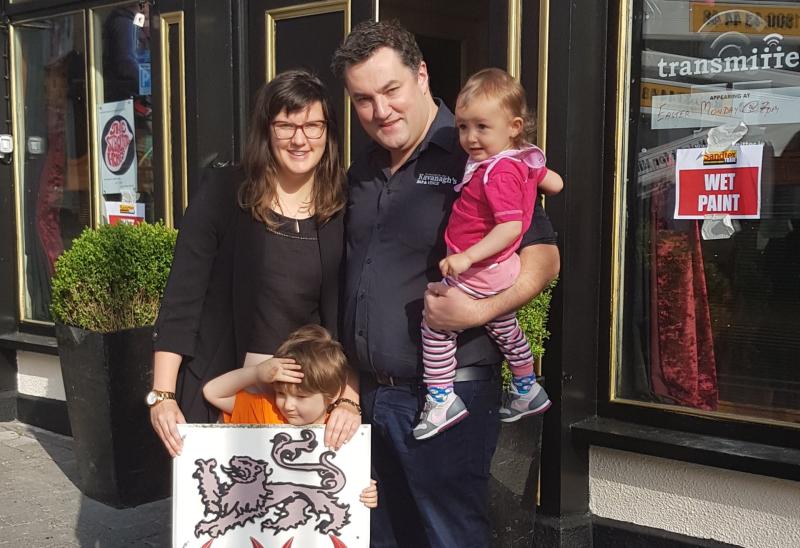 The owners of one of the busiest pubs in Laois fear that theirs and other pubs may not be able to reopen until 2021.

They also believe that some pubs may not manage to reopen at all after the catastrophic economic impact of Covid-19.

Laois publicans PJ and Niamh Kavanagh own Kavanagh’s Bar, a Portlaoise pub and live venue with a national reputation for top music and comedy gigs.
The couple live over the premises on the Main Street with their two young children.

The business is a regular award winner, and won the IMRO Live Music Venue of the Year award in the Rest of Leinster category last Feburary, for the second year running.

Already this year they had hosted big name comedians like Tommy Tiernan and David O’Doherty and musicians including Hudson Taylor and Mick Flannery.

They employ 12 staff and were preparing for a busy year with a year of gigs booked.
That all came crashing down when like many other pubs they took the tough decision to close on March 15 ahead of the busy St Patrick's Day period with the looming danger of Covid-19.

“In the interest of staff and customer safety it is the correct decision to make at this point. We would like to wish you all well and all going well we'll be back up and running as soon as possible,” PJ and his wife Niamh stated back then.

However, speaking to the Leinster Express last week, PJ is less hopeful of how soon that will be.
“We have to be directed by Government on how long we will have to stay closed. I hope it won’t be as long as some predict. To survive until January would be very difficult,” he said.

He said many running costs continue despite being closed and having staff on the Government covid payment.
“Insurance is an issue for every pub right now. We can’t get a freeze. Our policy is in place for a year. We even have to have public liability, there is no rebate. I hope the insurance companies will be able to do something when it comes to renewal,” he said.

“We also have to pay life insurance, electrical connections, lights, heating, broadband, all the standard costs, then there is payroll management, accountancy,” he said.

“For ourselves the outgoings are about €2,500 a month, and we have no wage to support that. We are getting no income from the business. The Covid-19 payment won’t cover our costs,” PJ said.

He sees no way they could open and socially distance customers.
With the cosy size of their gig spaces, he said it would be “near impossible”.

“The fact that we were one of the first to close, we could be one of the last to open,” he said.
“Each pub is geared up for their capacity, things like the Sky bill are all based on size, if you reduce capacity, turnover falls but the costs will still be high. It’s a question of whether it’s worth being open,” he said.

Other pubs would be in worse shape with expensive leases to pay PJ said.
“All our staff are mad to get back to work but I can’t see us opening for a while. It depends on whether there will be a second wave, that would push us back further,” he said.

For now the silver lining for the family is more time with children Noah, 4, and Suzie, 2.
“We have plenty of time together that we wouldn’t normally have because of the unsociable hours we work,” PJ said.
“We are doing a lot of painting. We have been busy catching up on jobs. The kids are making plenty of use ot the outdoor spaces in the pub,” he said.

PJ said that many pubs may not reopen after the restrictions are eventually lifted.
“There are older pubs that are thinking will they reopen or not. The pub scene has changed in the last few decades. It’s nearly a hobby now for some, so whether there is still a business after Covid-19 is a big question. It’s stepping into the unknown,” he said.

The performers could be be out of work even longer PJ said.
“We had bookings until the end of this year. All the cancellations are kicking in now. When the first wave hit in March we refunded €25,000 worth of tickets in three days. We managed to put back a lot of the gigs but all the people involved in those gigs are unemployed, the musicians, the comedians. Whatever about us, they’ll be further down the line waiting for theatres and venues to open,” PJ said.

There are some efforts to monetise online gigs.
“We are looking at different things to see if they will work,” he said.

There is another minor casualty of Covid-19, all the beer in Irish pubs is going out of date.
“All the breweries have to replace all the beer before bars reopen. There are 440,000 kegs in circulation, they will need to take them back and refill them,” he said.
“I hope we can come back. Luckily we did up the premises last year so we are ready to go,” PJ Kavanagh said.

He is also the PRO for the Irish Vintners Association.

Last week ahead of the Government's exit plan from Covid-19, the publicans' group said that if speculation was true that pubs will be forced to stay closed after restaurants are allowed to open, it will be a “kick in the teeth”.

VFI Chief Executive Padraig Cribben has said the sector is already on its knees.
“Publicans are facing a stark future. As a sector we’re already on our knees and this speculation is an absolute kick in the teeth. We are very clear that pubs should open simultaneously with all other hospitality outlets,” Mr Cribben said.

The plan since confirms that pubs can open in Phase 5, on August 10, with restaurants allowed to open on June 28, if the virus continues to be suppressed. 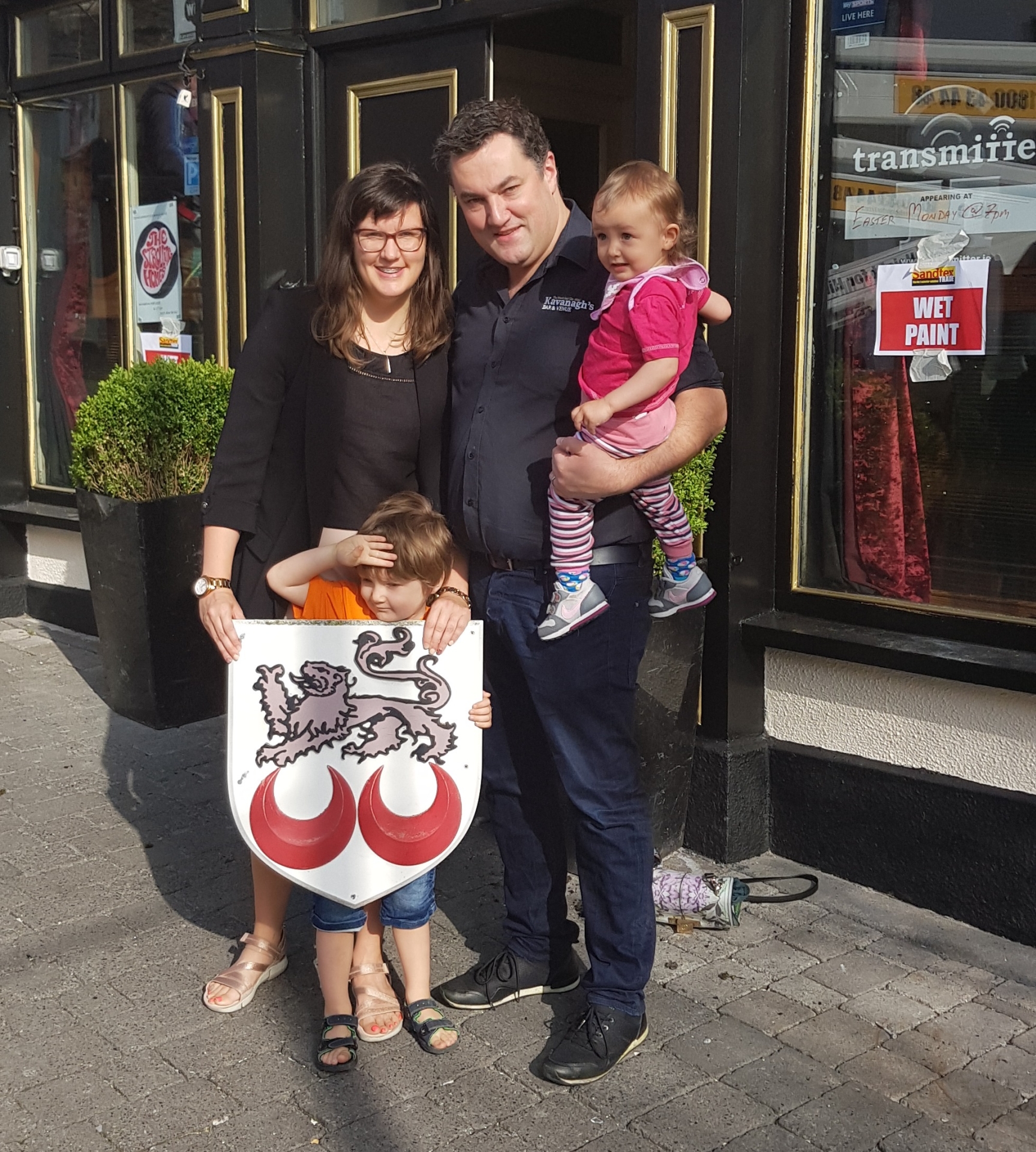