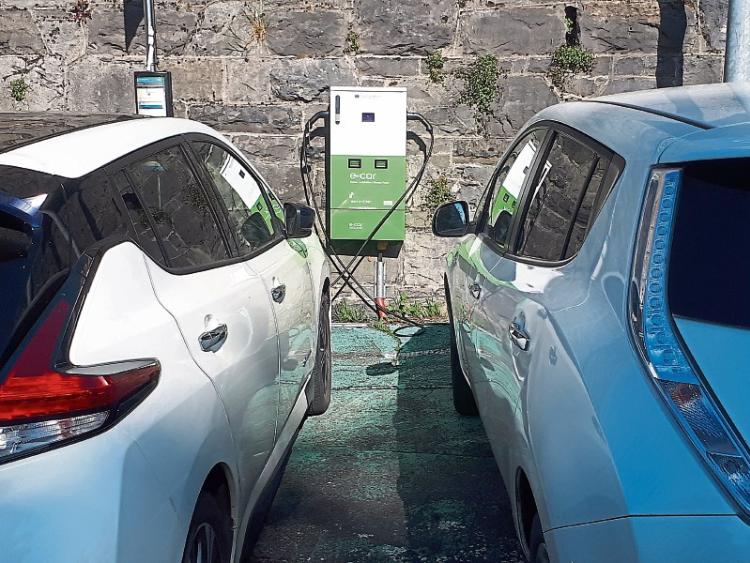 Portlaoise may have as many as 20 new electric car charging points by the end of 2020 if funding comes through for the project to Laois County Council.

The council's chief executive John Mulholland said there has been “huge interest” in the contract to install 20 public car charging stations in Portlaoise.

The council is undertaking what is said to be the biggest scale project in any Irish town to install public electric car chargers. It is part of Portlaoise's designation as a low carbon town.

Mr Mulholland reported to councillors at the April council meeting that the council received expert advice from suppliers, other local authorities and at seminars as part of inviting bids to install the network.

“There has been huge interest so far with over 70 suppliers accepting the invitation to view the tender. Laois County Council is the first local authority in the country to publish a tender of this scale for the provision of charge points for a town,” he said.

The tender was published on on March 13 with a deadline of April 14. Due to many queries received and due to the Covid-19 pandemic it was first extended to May 14 and since to June 15.

The council expects to choose a supplier by September.

They hope that the chargers will be in situ by as soon as the end of this year.

However, the project remains “subject to funding” which may signal a hold-up given the economic downturn forecast due to Covid-19.

If the project gets the green light, a publicity campaign will follow to promote the charge points for electric car drivers across Ireland.

Portlaoise will become the first low carbon town centre in Ireland under the council's Portlaoise 2040 plan. About €2.7 million is scheduled to be invested in the low carbon initiative over the next three years. The aim is to reduce the impact of cars in favour of walking and cycling.

There are three e-car charging points in Portlaoise at the train station, Lyster Square and the ESB office on the Abbeyleix Road.