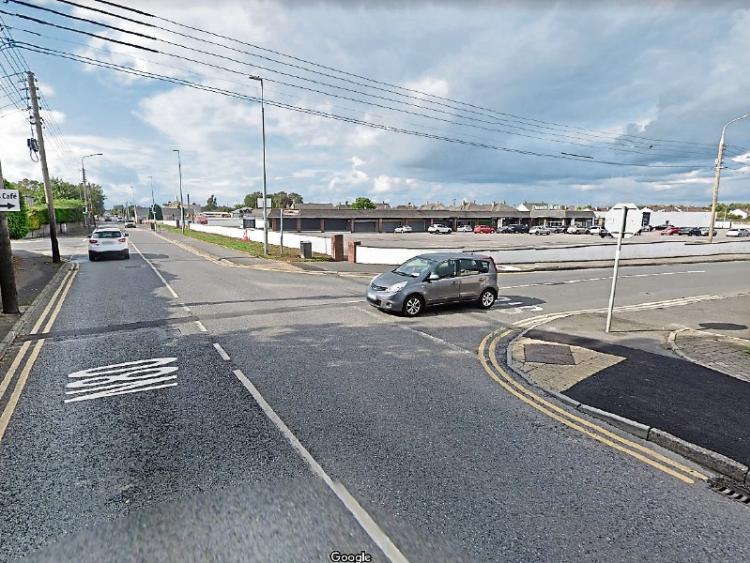 One of the junctions marked for a roundabout on the Mountmellick road in Portlaoise, Laois.

Laois County Council is to seek the green light for a new plan involving three new roundabouts on one of the busiest roads in Laois.

Described as “the most neglected road in Portlaoise” by Cllr Noel Tuohy, consultants have told county hall that the Mountmellick road needs new road safety measures to cut out passing traffic and make it safe for residents.

Laois County Council commissioned Roadplan Consulting to come up with solutions after councillors express concerns for safety and traffic.

The lengthy 126 page report was presented to councillors at the Portlaoise Municipal District meeting last week.

It found that smartphone direction apps such as Google maps are sending drivers along the road instead of around the new Portlaoise relief road to the Ballyfin side of town.

The report also found that pedestrians and cyclists have difficulty crossing at junctions safely.

They noted that four out of five cyclists seen during their site inspection used the path “presumably because they would feel unsafe cycling".

The report recommends a new roundabout at each of the three t-junctions to make it easier for local drivers to enter onto the N80. Each roundabout would have pedestrian crossings on every arm. They say this is a medium term solution.

The report says that this would also discourage passing traffic from using the road because the roundabouts would slow their journey through Portlaoise.

Director of Service Simon Walton said the money for the roundabouts must be paid by Transport Infrastructure Ireland (TII), as it is a national road. He said three years is “a realistic timeframe”.

The consultants' long term solution is to build a new relief road on the north east side of Portlaoise that may involve the ridge road.

In the short term, the junctions at Harpur’s Lane, Green Mill Lane and Ballyfin Road will get more signs.

“I’m delighted to see this on the agenda. The N80 Mountmellick road is the one road that’s neglected. It’s the worst road for walking, cycling or driving. We need to go to the TII as soon as possible to get that funding. I can’t see a problem in contacting Dunnes Stores about a roundabout at Green Mill lane. It is a high accident rate going back over the years,” she said.

“It’s the main thoroughfare to the west of Ireland from ports, but we have no control to divert traffic off it onto our new expensive relief road,” he said.

He wants to smaller “fried egg” roundabouts in the meantime.

“I’d be nervous going to the TII, we should commit ourselves to doing three fried egg roundabouts in the next three years, it’s not expensive, even on a trial basis. We did it at the church, some people gave out but it’s working, the traffic is moving,” he said.

Cllr Dwane Stanley said it was the one of the first issues she raised when elected.

“The amount of young people who have lost their lives crossing the road to the shop was phenomenal. The whole area has been built up. Every morning I drive from the Ballyfin road and it’s impossible to get out onto the Mountmellick road. Dunnes Stores in my opinion is the crash point where all the accidents take place,” she said.

She also asks for a cycle lane on the Ballyfin road to the relief road.

Cllr Noel Tuohy said they had all raised the issue over the years.

“Now it’s on the agenda, let’s keep it going, this is the most neglected road in town,” he said.

Mr Walton said the report will be sent to to the TII to seek funding. He added that a cycle lane can be added to the Ballyfin road in summer along with more around Portlaoise.