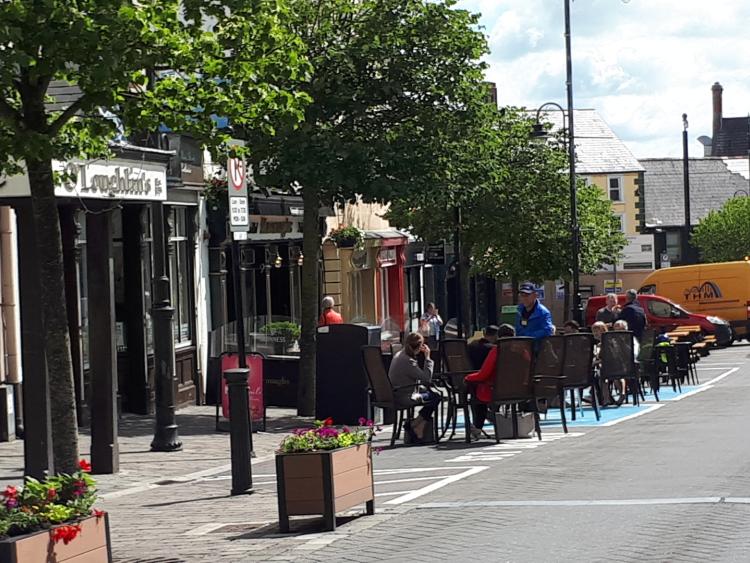 Just over seven days after it began Laois County Council has 'paused' the pedestrianisation of the town's Main Street.

The council announced the suspension on July 10 just eight days after lower Main Street was closed to traffic from 11am to 5.30 pm. The council had advertised this week of its intention to extend it to the whole street and some side streets at weekends.

"Laois County Council recently commenced the temporary, periodic pedestrianisation of Lower Main Street, Portlaoise. The date of introduction July 2 was targeted to coincide with key dates, identified in the Government's Roadmap for the Reopening of Society and Business.

"The rate at which some businesses are reopening is slower than anticipated. Largely in recognition of this and having consulted with key stakeholders, Laois County Council will pause the pedestrianisation of Lower Main Street with immediate effect and reintroduce pedestrianisation week commencing Monday, July 27," said the council.

The council said further details will issue closer to July 27. The council advises the public note the existing one-way vehicular system on Railway Street (i.e. Main Street to Tower Hill) will remain in place as previously advertised until August 30.