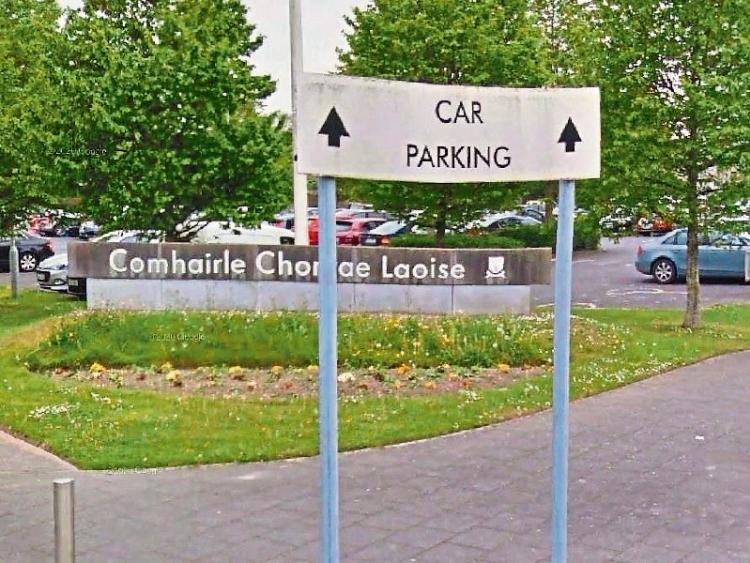 Cllr Noel Tuohy was supported by several colleagues when he tabled a motion to ask that the council encourage traffic parking staff to assist shoppers with free flowing traffic and safe parking in the town. He called for for a softer approach especially in the Lyster Square area to help businesses.

“It is not as some people think a ‘cash cow’ for the Council,” he said.

“Being a traffic warden isn’t the best job you can have but they should do so in a more lenient common sense attitude,” he said.

He claimed that a businesswoman is handing over all of her morning takings on a parking fine, on her first day back working after Covid-19 restrictions.

“She had worked four hours and got €40, she had to hand it over to the council, she made a mistake, surely if someone is working and you know where they work, it’s not too much to ask to put your head in and say ‘sorry you have to move your car’,” he said.

Cllr Catherine Fitzgerald has received a complaint from a woman who was told to move on when she parked in a loading bay while attempting to deliver a big piece of secondhand furniture to an antiques shop on Main Street.

“I want us to be a friendly town. I feel our traffic warden should be helping, he should be giving her a hand to bring it over. She had to drive around to Lyster Square and get a trolly from Mulhalls to bring it down. This is wrong. Of course you should get tickets if parking illegally, my own family get them and I say don’t be coming to me. But people are getting tickets for being one minute over time. We’re getting a shocking reputation in the last few weeks. People are saying to me ‘are you making up for lost time?’,” she said.

“I know the case you’re talking about. We’re there to help, to free flow traffic. To ask if someone wouldn’t mind moving, is that too much to ask? It outrages me when I get calls like this. It’s just not fair,” he said.

Cllr Caroline Dwane Stanley said that the traffic warden's job “must be one of the worst”.

“No matter what when you’re dishing out tickets people will be irate. We fought to get 45 minutes free parking. If you get a ticket after 46 minutes then appeal, but I’m aware of people parking for over two hours. Others ring councillors to say ‘I’ve somebody parked outside my business’, then the warden goes round and gives out tickets and then they complain again because a family member gets a ticket. The warden is implementing the rules we set,” she said.

The council's Director of Services Simon Walton said the the message is clear.

“It is important absolutely that the approach is fair and reasonable with a positive attitude, to support people so they are happy to come to town, but not to talk about individual staff members.

“The purpose of the by-laws is with a view to supporting the vulnerable,” he said.

He added that anyone who gets a ticket can appeal.