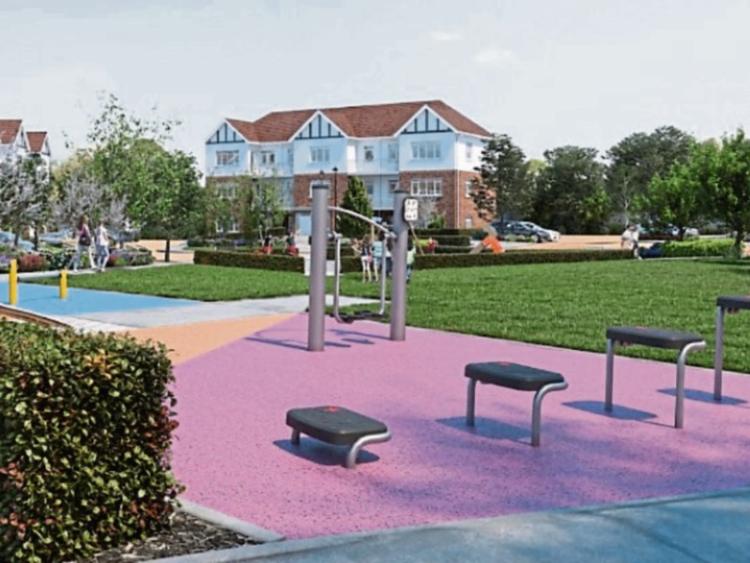 Lack of roads and green spaces, traffic jams, sewerage problems and flooding are among the predictions by Laois councillors if two new private housing developments go ahead.

Rathevan estate in Portlaoise would get another 206 houses and 56 apartments, a creche and a shop, with 10% of the 8.5 ha site given to green area as per regulations, including a pond and a multi use games area. There would be a new distributor road to the estate, and potential for future footpaths to Lake Drive in Kilminchy. It would connect to the existing sewage network.

Foxburrow estate in the town, on 4.5ha would get 115 two storey houses, a block of four maisonettes and and three 3 storey blocks with 12 apartments in each.

“Please safeguard the people that already live in the existing town. This is premature. I can’t even see where the green areas are in this,” he said.

“We all want to see houses but this is building with no infrastructure, on top of Kilminchy with 800 houses where they are already dealing with the fallout of no facilities. It needs to be spread out more evenly” she said.

“The old road to Rathevan needs safety measures as it stands, a lot use it to go to the secondary schools, the infrastructure is not able for more unless we get the PNOR,” she said.

Cllr Noel Tuohy said he spent his council budget putting the only two ramps into Kilminchy.

“Rathevan and Kilminchy together would be the third biggest town in Laois, with no infrastructure. 1,000 houses and not one ramp, crazy stuff. People want houses but we have to learn from previous mistakes, piling people into estates,” he said.

Cllr Fitzgerald said that residents of Grenville for 30 years will have their estate opened to through traffic.

“If it happens in one estate where will it end up. There are many problems with sewage in Foxborough now and they failed to get a resolution. This is people’s environmental health,” she said.

They said they were asking the other 12 Laois councillors to join in a full objection.