Irish Water among objectors to big housing plan in Portlaoise 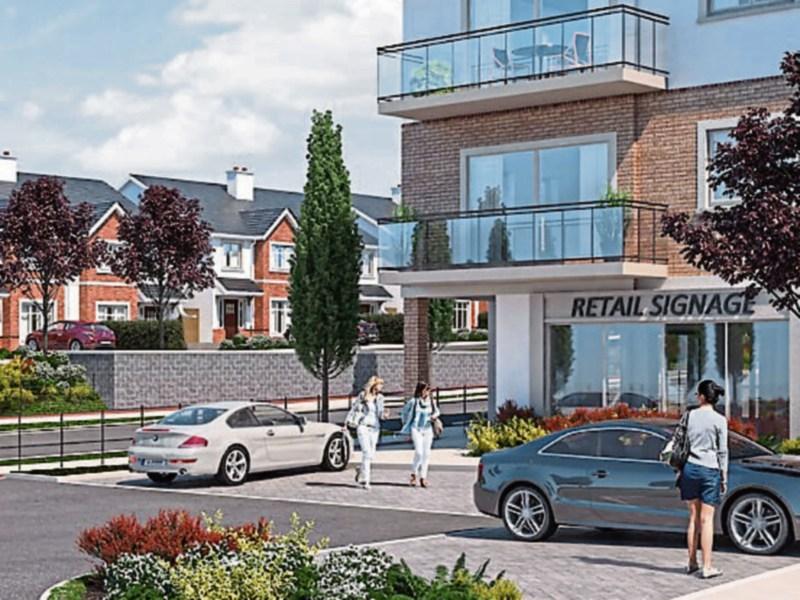 Irish Water is amongst the 37 submissions made against a plan for 262 new homes in Rathevan Portlaoise, Laois, currently being considered for approval by An Bord Pleanála.

Thomas Kelly & Sons Group is seeking permission for 262 units, a creche and a shop in an extension to Rathevan estate, next to Kilminchy housing estate which is the biggest in Laois.

Irish Water says the system does not have capacity for more houses and that an upgrade to the pumping station would be required but this is not planned.

“The proposed development is pre mature pending the completion of further detailed investigation, optioneering and solution design in respect of network and pumping station upgrades required to service this development,” they said.

Nearby residents made duplicated submissions concerned with road infrastructure, extra traffic and student and pedestrian safety, and risk of flooding.

“This road is used by pedestrians and cyclists and the added construction traffic would completely endanger them as well as residential vehicular traffic due to road width and blind spot turns and junctions.

“School parking facilities are non-existent. We strongly request the development of a parking facility to serve all the schools in the locality before any further residential, commercial or traffic fuelled development is given the go-ahead.

“We strongly believe that the development is premature pending the provision of the Portlaoise Northern Orbital Route.

“The Dublin road roundabout that serves Colliers Way is near breaking point at peak hours… with the added pressure of vehicles from the proposed estate it is only a matter of when, not if, a major accident will happen,” many residents warned.

They said the traffic report cannot be relied on, as it does not include other developments approved or under construction on the Borris road, including 139 new homes and a new school.

They note that the traffic plan says the peak traffic time is 5 to 6pm, and not 4pm when the schools close “which practically creates the Borris road a temporary carpark”.

They say that the dense housing will “most certainly bring anti-social behaviour”.

“With Phase 4 of the development allowing access to Kilminchy it effectively turns the two estates into one large estate. Due to the level of anti-social behaviour already, we have had to have a pedestrian walkway permanently closed off.

The only playground in Rathevan that residents “fought hard to get” now has to be removed due to this.

“The proposed Rathevan estate, Kilminchy, Hermitage, Ashley Gardens and Collier’s/Hawthorn estate will have effectively over 2,000 residential units within a 750m zone with no primary school, no large grocery store, no churches, one secondary school and and two multi-use games areas,” they said.

They also fear noise pollution from the extra traffic and a play area proposed behind existing gardens. They fear that the boundary fencing may be inadequate based on a previous issue with the same developer. They are concerned too about the maintenance of green areas.

Flooding is a big concern. Residents note that the development is planned on an area of “extreme vulnerability” in flood maps. It is also on an aquifer that supplies drinking water to Portlaoise, Mountmellick and surrounding areas.

“With the impending recession due to Covid-19, houses could be left incomplete similar to estates in the last recession and mitigation put into place to protect the regionally important Karstified aquifer would be severely affected”.

There are also concerns that excavations will disturb an historic burial ground at Red Lough pond.

The Department of Heritage requests an archeological survey and input at the burial site. Residents also request this.

The Duncan family from Redlough House give their “strongest objection” and dispute the ownership of lands by the applicant seeking permission on the site. They say there is no demand for the housing given so many other houses under construction or with permission in Portlaoise.

They say they and their neighbours the Goggins own two thirds of the eco habitat of Red Lough between them and were not consulted.

“In many of the reports and drawings, it has been proven that areas of the documentation have given false/ misdirected information to misconstrue the significant impact this proposed development will have on the neighbouring estates. It is indeed a pity that concerned residents are forced to become custodians. Our submissions are not ‘nimbyism’.” they said.

Elizabeth Plunkett said she has lived in Rathevan for over 30 years and objects to an entrance through a field behind her house, with concerns for damage to nature, noise pollution and over development.

“I built this property in an attempt to live in the countryside. You are not only devaluing my property but devaluing my retirement wish to live in a secluded tranquil country environment. I would like to be able to cycle the back road and walk my dog freely of extra incoming traffic. If an ambulance was required how would it get to my house as both roads would now be congested as a result of the building of this estate? This is particularly important in light of the Covid-19 pandemic,” she wrote.

Cllr Catherine Fitzgerald also sent a submission asking for the plan to be rejected. She and the six other Portlaoise councillors are opposed, with their opinions sent to An Bord Pleanála in a report by Laois County Council planners.

“This infrastructure is totally premature pending the construction of the Portlaoise Northern Orbital route. There is already traffic chaos in this area. The site is a high risk of flooding,” she said.

Portlaoise resident Mary White calls for a new primary school to be a condition of the development.

“There is a gap in the infrastructure in this area. There is no local primary school and the children have to travel 3km to a primary school,” she said.

Kilminchy Management Association made a submission. They note that the plans show a road leading to Lake Glade in their estate, only stopped by a boundary hedge. They ask that no access be given for traffic, to go on to the motorway.

“The increased volume of traffic would present a very serious road safety risk. This is something we would be totally opposed to,” they said.

The association also notes that their estate’s waste water system is already under pressure “with numerous incidents of raw sewage entering residents’ gardens”.

The plan is made under the Strategic Housing Developments scheme, a Department of Housing scheme to speed up production of homes in built up areas.

It is one of two SHD plans in Laois under consideration by An Bord Pleanála. The second plan is for 155 home in Foxburrow, Beladd by Boderg Developments, which has also attracted multiple submissions objecting to it.

Final decisions on both plans are due from An Bord Pleanála in mid October.